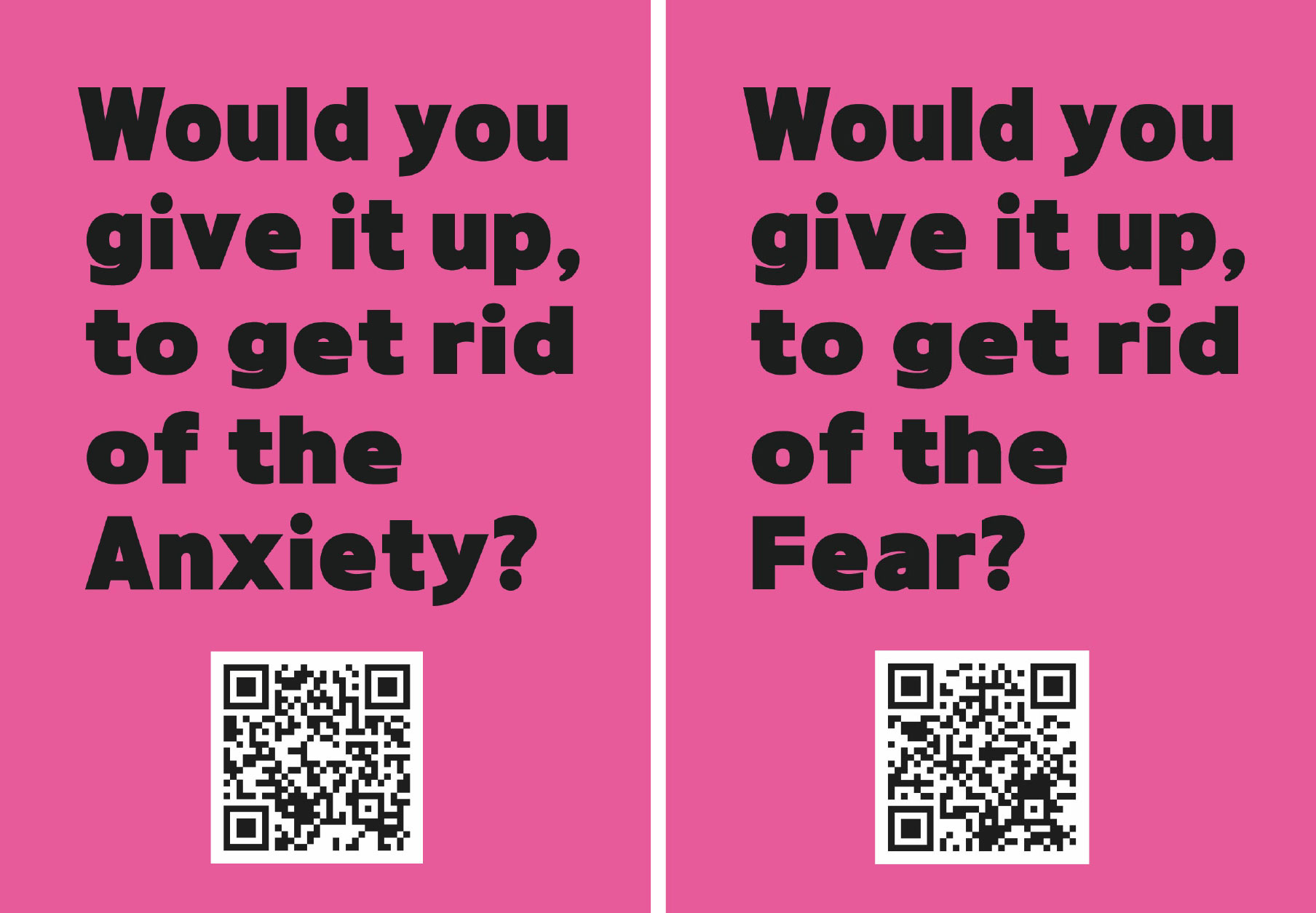 For as long as I can remember, I have occasionally experienced a vision in a strange dream state shortly before waking. At first I don’t see and feel anything, and nothing exists. However, there comes a strange moment during which my consciousness produces a strong visual-emotional creation marked by features such as: Realism – real people from my life, real places, real characters of people. Excitement – a strong leading emotion that sometimes changes into another and sometimes works in parallel, even with the heavy ones. Time – which is future time, and I am aware of it. Semantic abstractionism – material forms in abstract situations, environments and movement. That vision creates images and emotions and guides me through the journey. 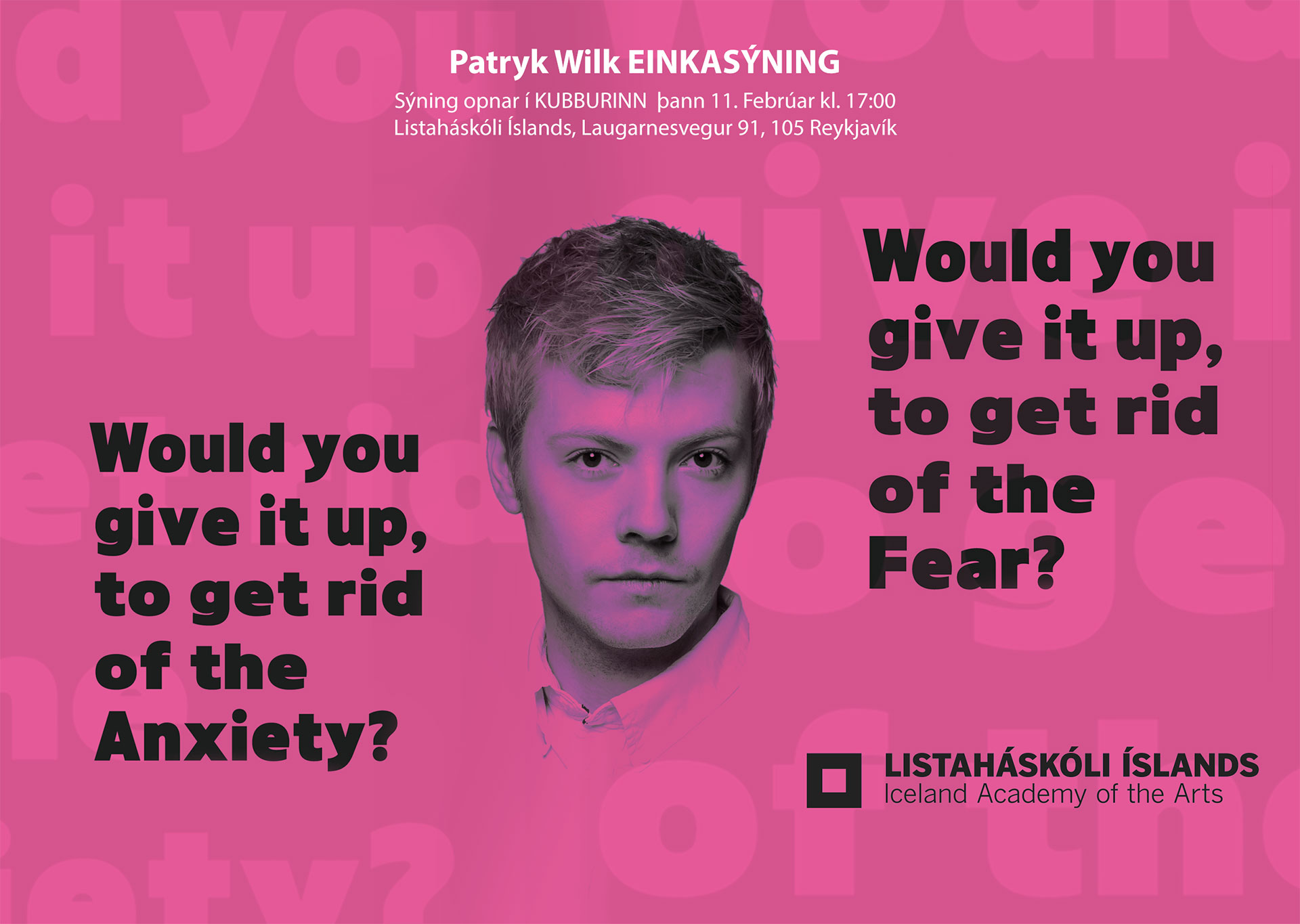 The journey of this exhibition starts with a two questions and a short survey built around them. Anyone can get involved by using a QR codes shown on each poster. Posters are displayed just for a day before an exhibition opens, and they are going to be everywhere – all over the city in a real world, on the internet and traditional media. Surveys results are reflecting how the society feels and reacts in the exact place and time. After processing they will be an integral part of an exhibition and artistic research. We can say that the exhibition is extended not only in time but also in space – out of the gallery showing. Moreover the gallery experience itself is something more than you could expect…

It starts with a „welcome drink” at the beach bar! But there is a catch – a little task to do, to be able to get one. Task is simple and it supports the artist in his artistic journey. Than you can enter an exhibition hall… and this part you need to experience by yourself.

The scope of it is reflected in author’s statement:

I thought the universe was a vision.
The world of language and narration is full of sadness and regret.
Often, I have projects that I can’t finish or see-through.
I know everything happens for a reason.
What makes a person is their own story.
People do live in their own imaginary stories.
Wounded and alone, but time never left.
Time will review how the most minor
and eternal things can significantly impact life.
When I look into people’s eyes, I realize
that no one can see or observe the world the same way as I do.
I know that others will exceed my expectations
in their excellence
in the form of time.

Finally, Patryk was interviewed by Hús & Hillbilly which included a lengthy article in issue # 153 of the STUNDIN newspaper.

Patryk designed a space with intention that will visually stimulate emotional, psychological and perceptual quality, as it has stimulated himself during his research. He invented it in his vision process. He used various materials and techniques to manipulate the space, and he rearranged it into layers. He could compare it to that I imagined in a structure as an onion is made.

Artist Sabine Fisher made a text about an exhibition:

For a brief moment, you feel like you’re entering the hidden room of a mentally disturbed person trying to live out his antisocial emotions and obsessions in a secret place, but you realize pretty quickly that what surrounds you here is actually the social space, drawn as a mentally troubled human community that we enter and experience day after day.

The provocative way of asking the questions about your fear and your anxiety as if they were your capital of self, creates an interesting curiosity that one mitigates with a slight suspicion, because it speaks the same impactful language of personality stylizations. Entering the room, one is immediately surrounded by language, by countless newspaper articles and media clippings of all kinds in their familiar visual appearance, as we encounter them in our daily media use. All these different snippets of reality literally recite the word „fear“ or “anxiety” in one way or another. The massive variation in which these words can be found in articles or news stories transforms their meaning into a surreal experience. Printed and presented on ceiling-to-floor fabric that spans the entire room, one feels the flood-like force that this subtle language imposes on the body. Sometimes, in between the fabrics, the concrete walls of the room covered with „real“ papers emerge, looking like a raw material and spreading a touch of reality to which one wants to cling somewhat desperately even though it is a reality that you do not wish reality to be made of.

The complex layering of reality and information in this language-used environment takes place not only in the visual plane. A narrative voice, psychologically intent on embodying confidence and self-assurance as an obvious acting performance, again creates a sensory desire for stability that one is aware can only be a simulation of hope. But also this time with a nuance of desperate longing for human simultaneity, one is willing to absorb the constructed narrative as a structure of liveliness.

Real liveliness is experienced through the performative act of the artist in the space, who anonymizes and reduces his body through a face mask made of plaster and dressed in black. Invisibly driven by something, he fills in, in empty spaces that are everywhere on the printed curtains, handwritten the words „yes“ or sometimes „no“, attributed by a small digital

notebook he holds in his hands. The aluminum ladder he uses to reach the blanks is paradoxically refreshing in its profanity, as something that is gratefully simple to grasp. Again one is willing to follow this human reference as something stable.

Behind the purposeful behavior of this body one hopes to find answers to this inescapable reality. The answers „yes“ or „no“ provide the fragments to a personality profile generated by a personality test. Once one has decoded this behavior of that anonymous body, one feels a moment of powerful disillusionment that provides clarity about one’s own body. Where and how can a personality sit in a body that separates body and mind? A self composed of a linearity lives in a permanent fear of losing stability, because this self trusts a language that is abstract and has no physical or concrete existence as its foundation.

An answer to flee this inescapable reality is found in the center of this complex conceptual space. Light transparent silk curtains draw a small room in the middle of which, on a metal frame, sits a hand-sized glass sphere that breaks through a paper envelope. If one dares to look into this sphere, one sees through it a video, played on a cell phone, which shows wandering through nature in detail shots and half-totals. Also perceptible are the sounds of these natural environments, which are lost in the entirety of the space, because the audio voice takes all the audible attention from the visitor.

This small poetic gesture creates a very interesting perception of the weighting in the relationships of the body’s internalities. If one understands this space created by Patryk Wilk as an interior of the body with the visualization of the layers that envelop our inner core, the fabrics as skin and membrane that carry, pass or filter imprinted information, then one experiences the deep complex psychological attempts to understand bodily functioning, as an empathic view of the body’s own insecurities in the face of a supra-bodily linearity.

In order to bring this overweight into a balance, we find in ourselves an instrument which, similar to the secrets of nature, brings forth beauty. If we connect this beauty with linearity, it becomes poetry. What if we use our own beauty to create body based poetry and let it permeate the layers to the outside? We then no longer use our membranes as protection against the things that enter us from the outside. Then we can start trusting the things out there and open up to the social space. Imagine a world where the body’s own beauties combine with linearity and circulate out there in many different forms. Would you give it up for that? 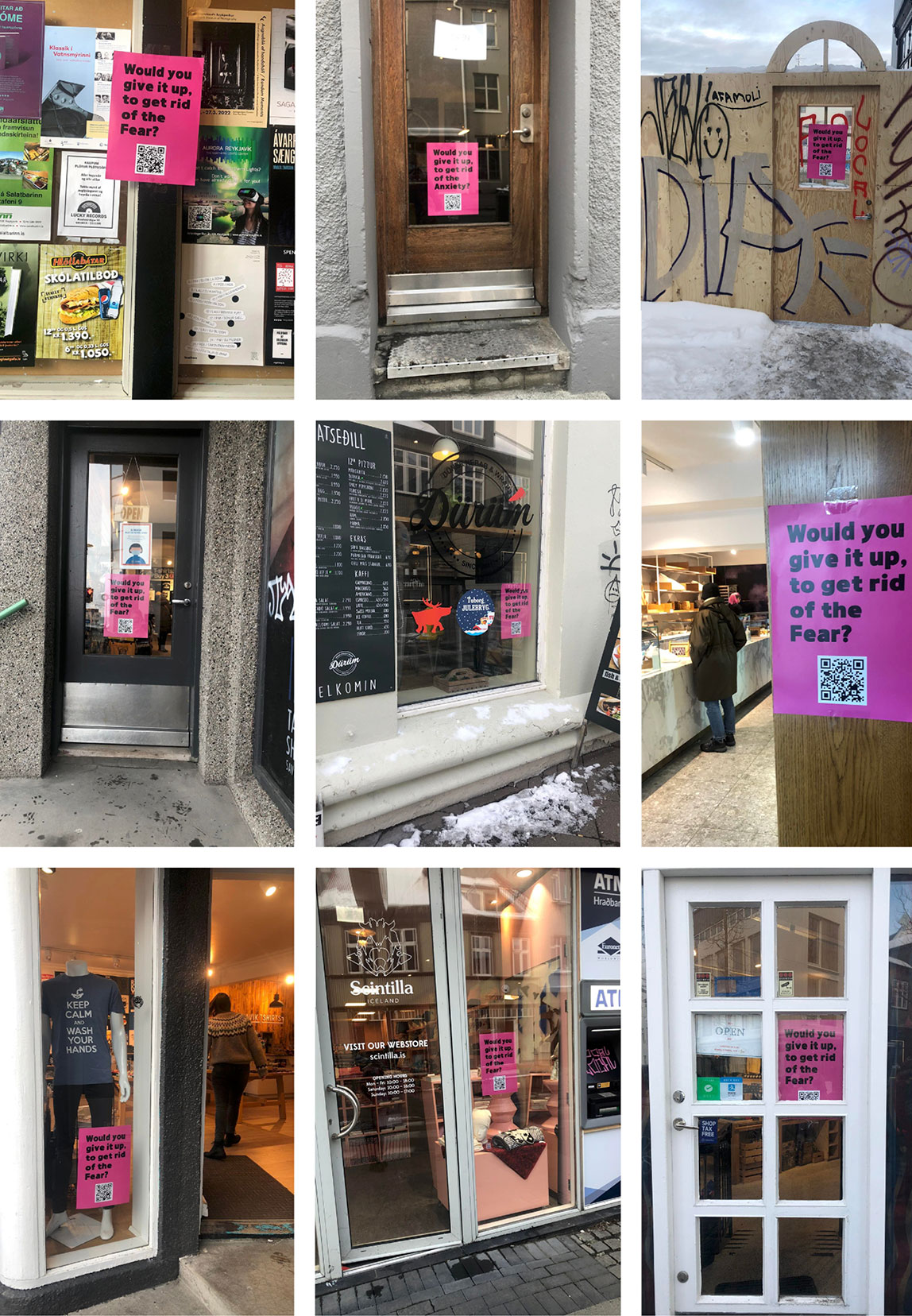 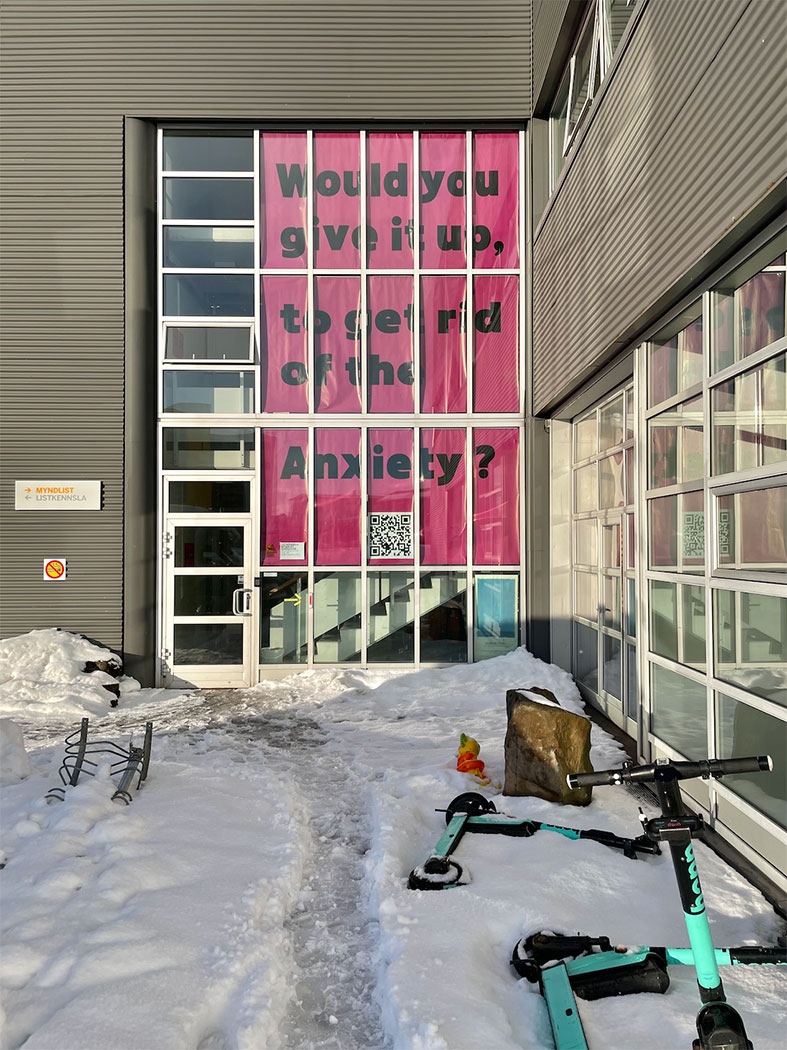 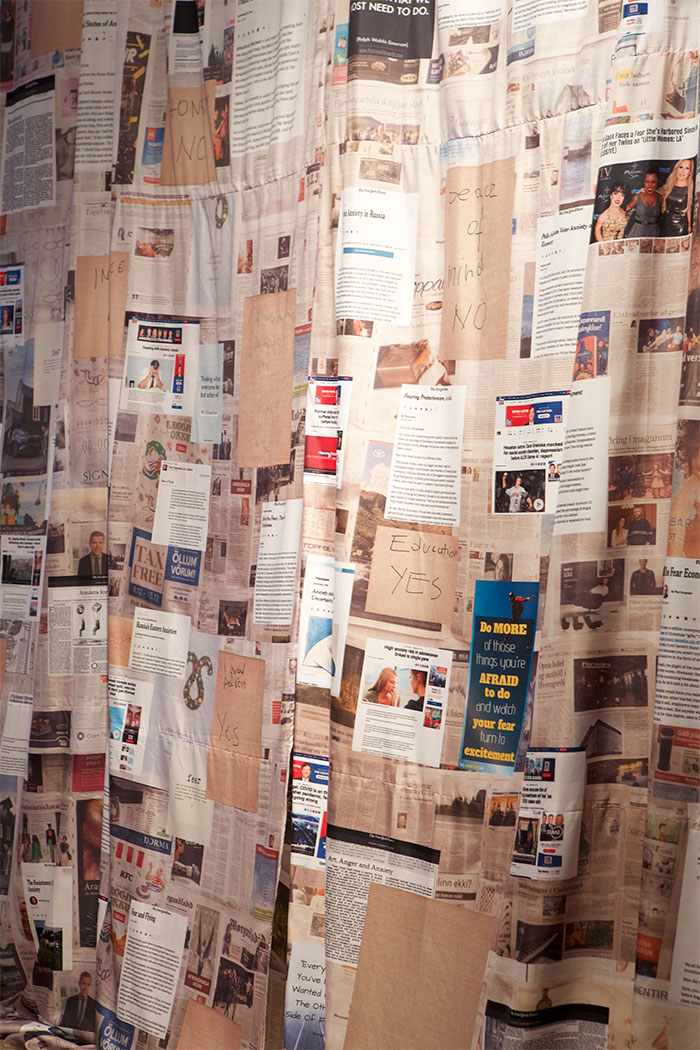 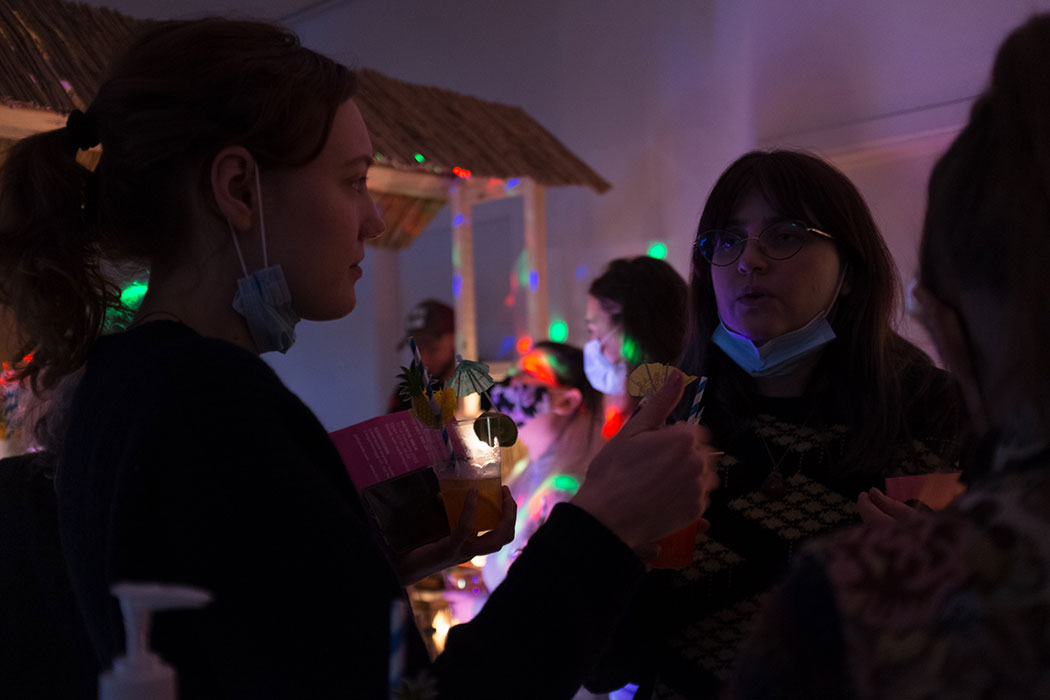 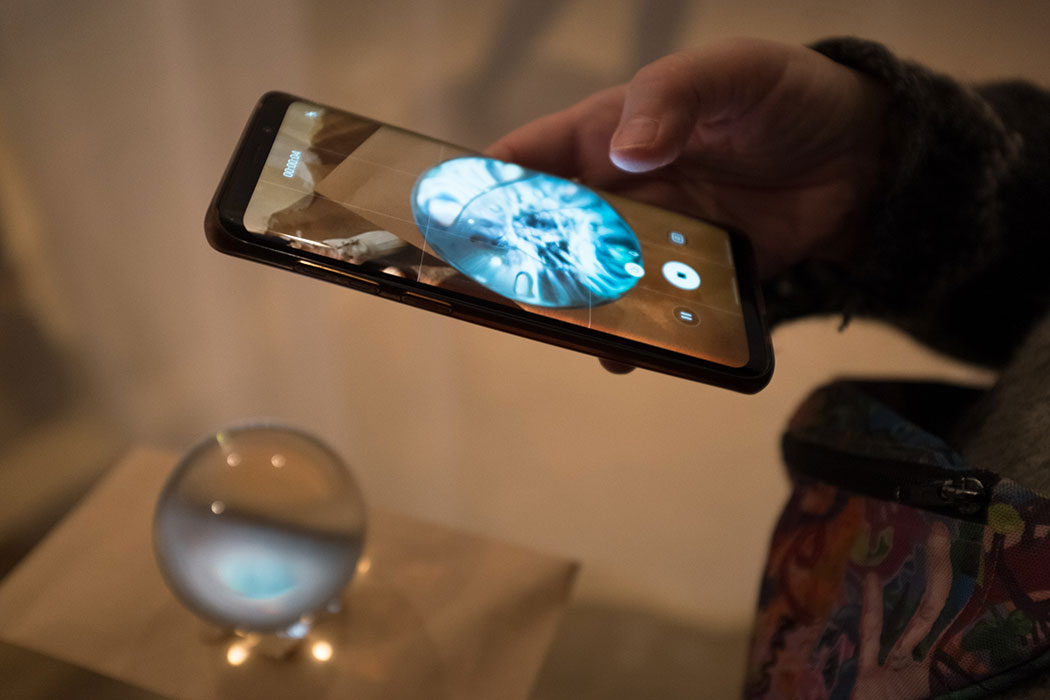 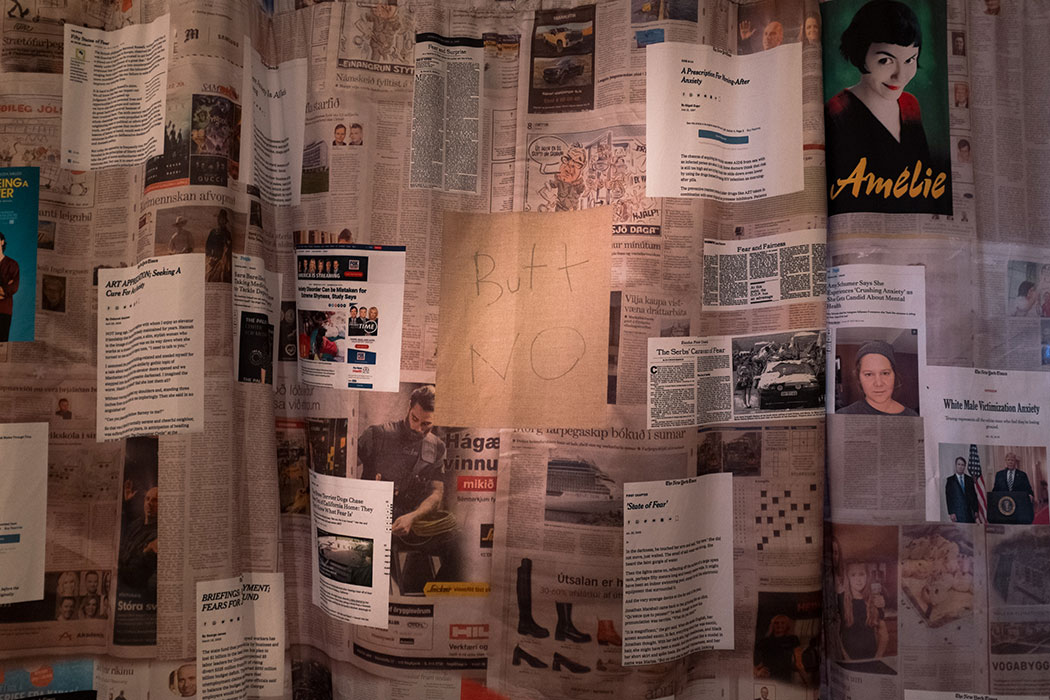 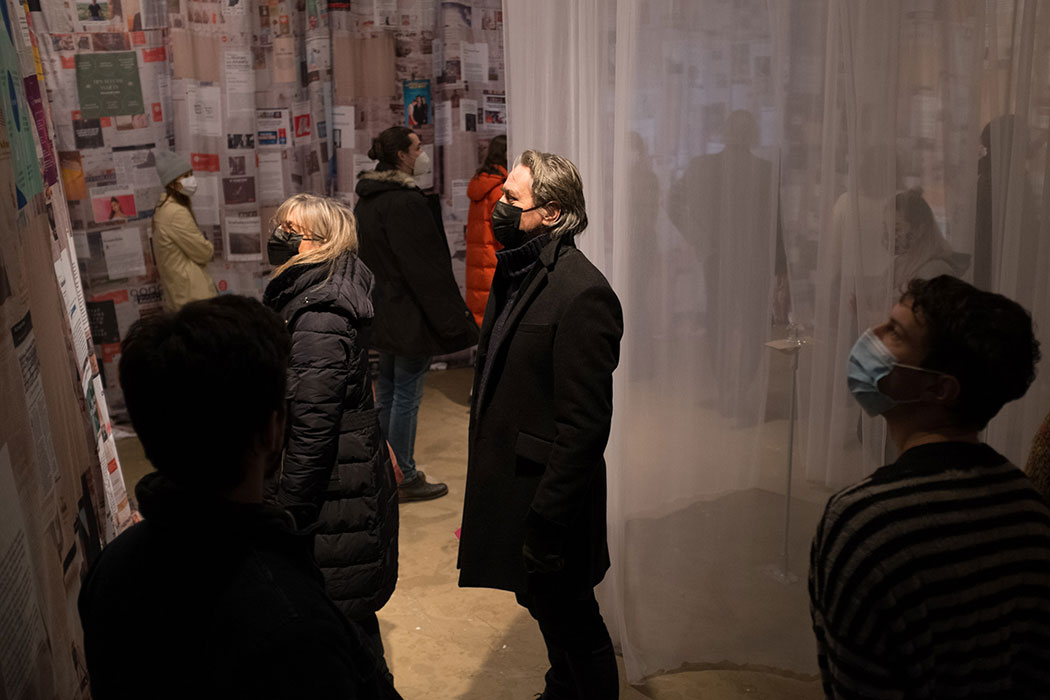 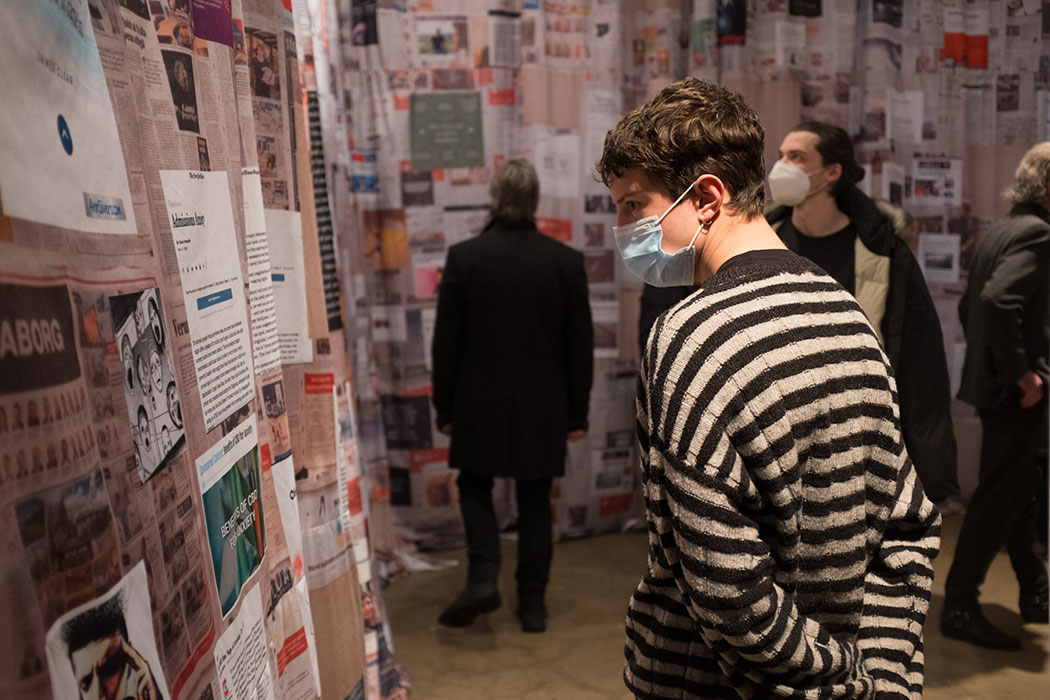 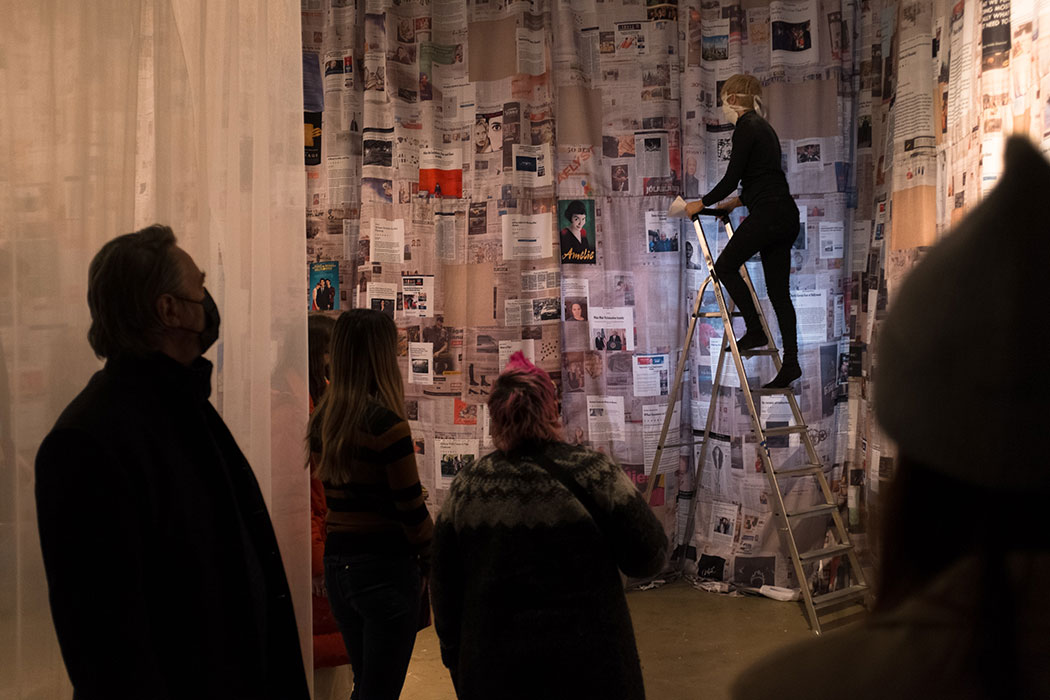 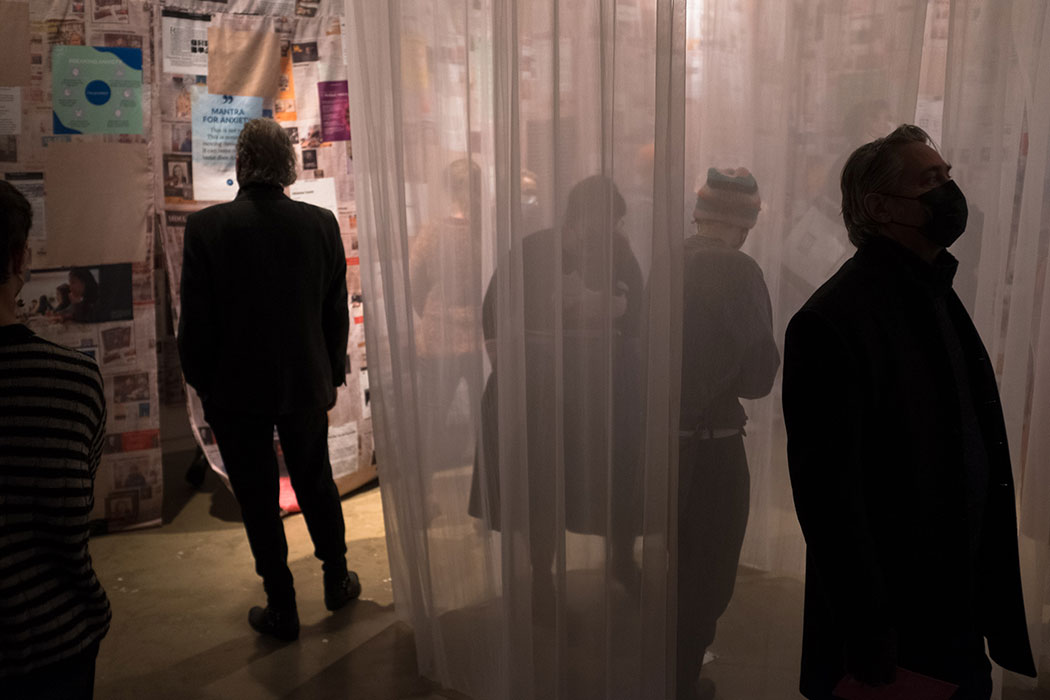 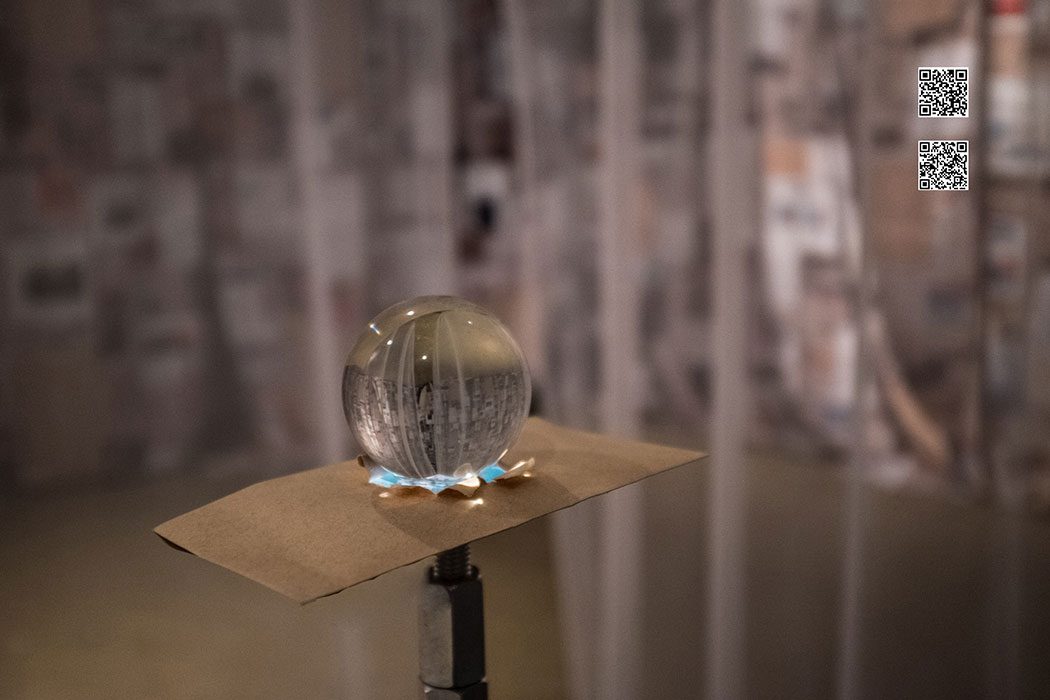 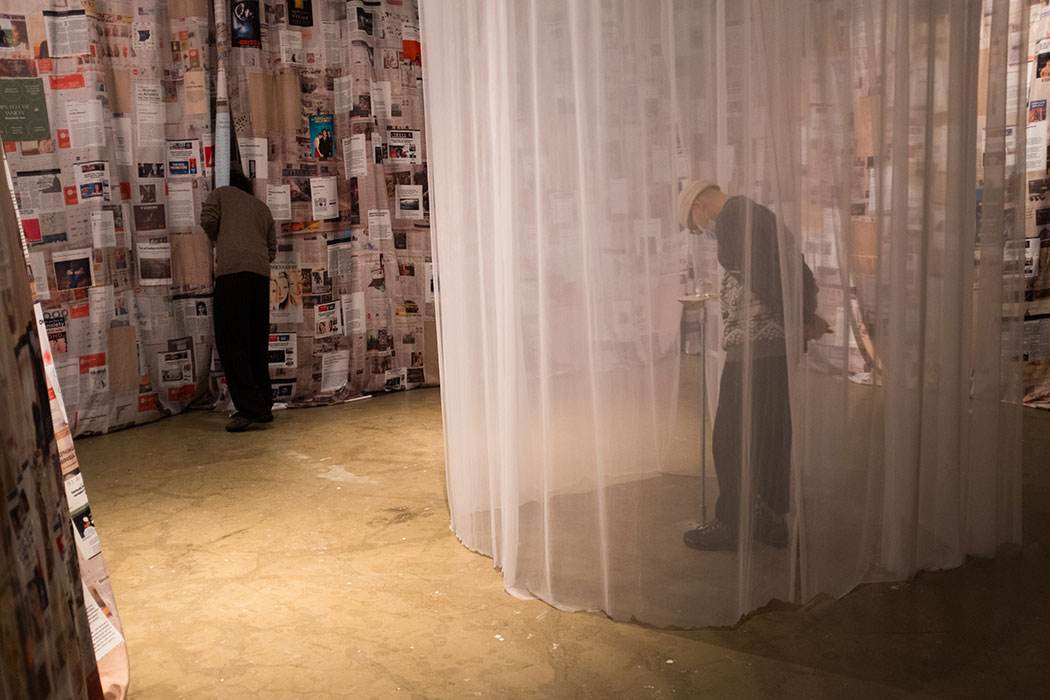 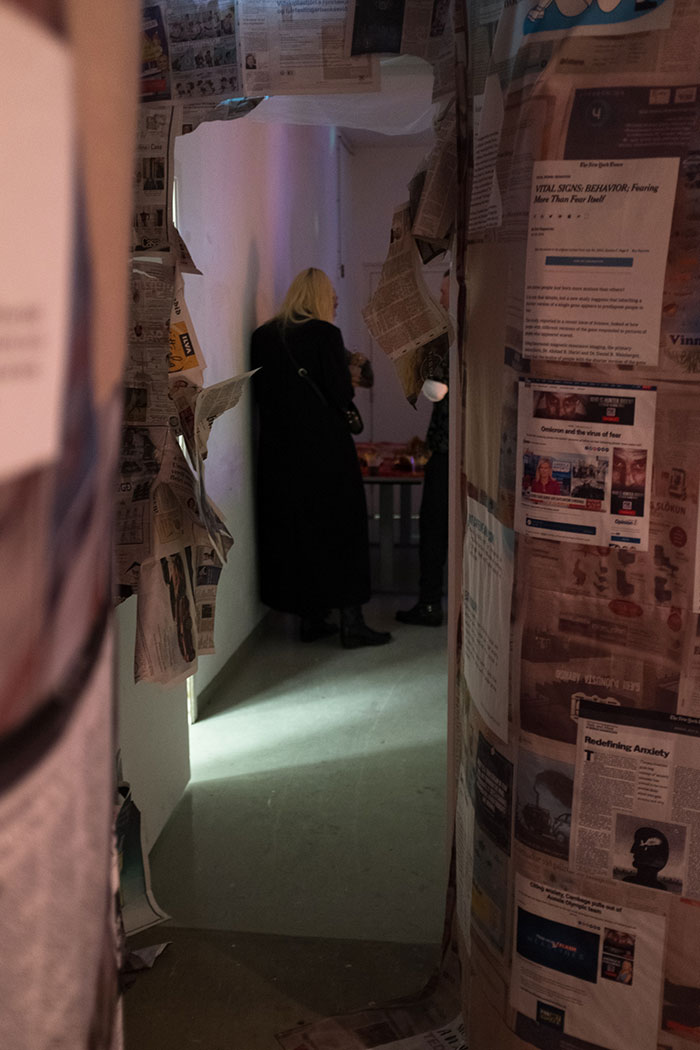 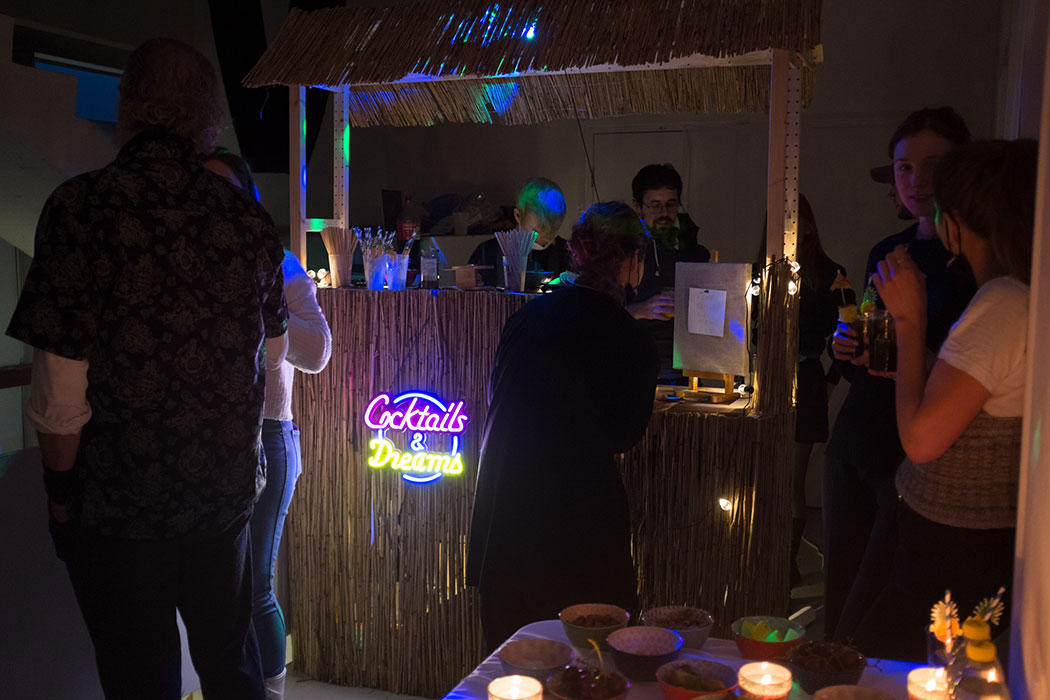 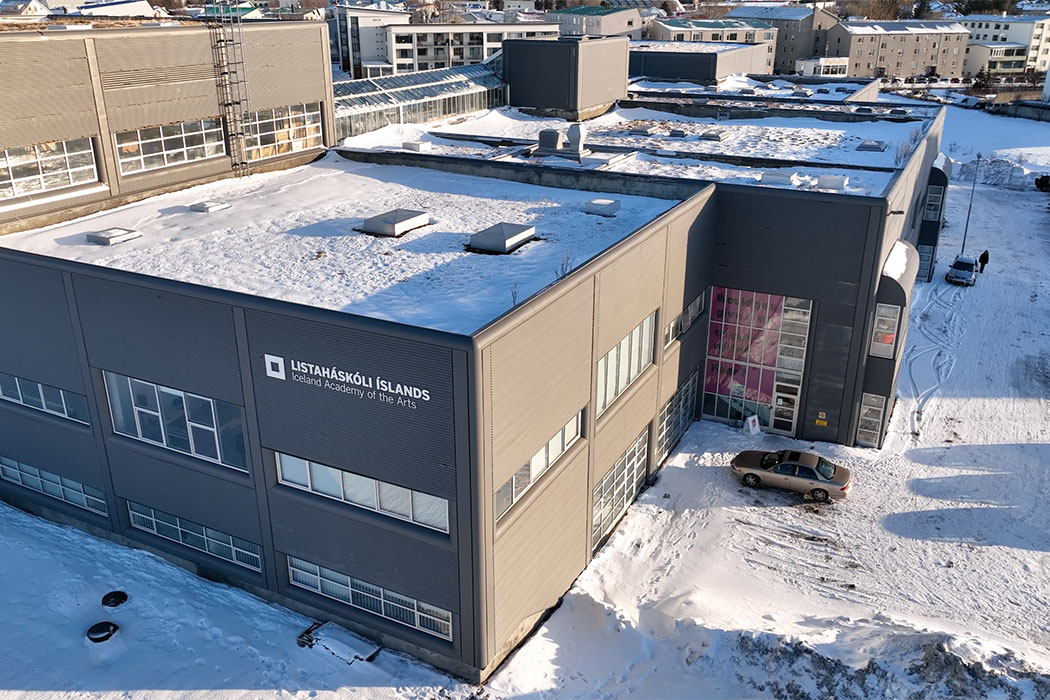 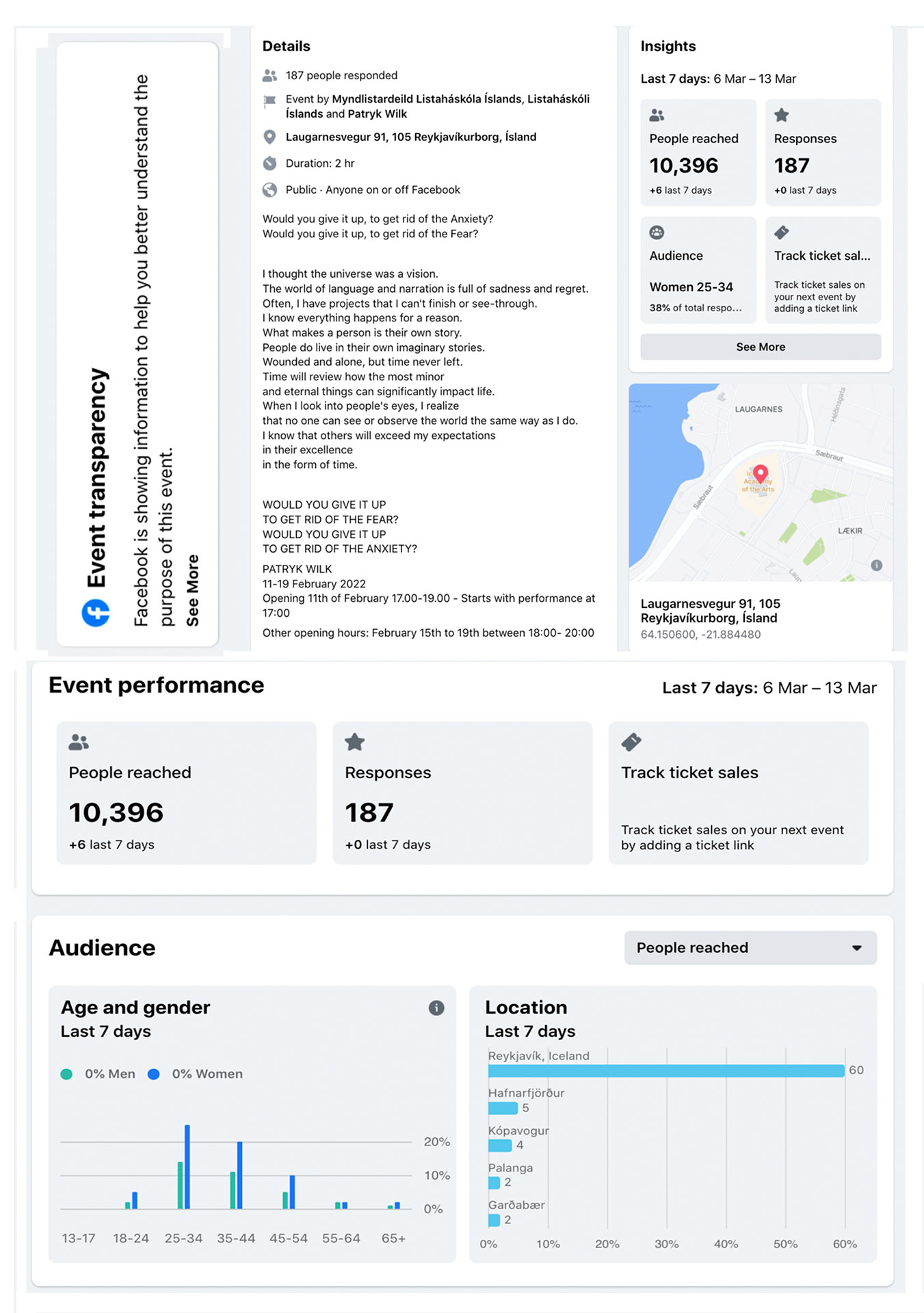 Patryk Wilk (b. 1995 in Łódź, Poland)
He is a conceptual painter, author of installations, videos, and art-based research work. His very expressive works are focused on consumer society subjects and the role of the artist itself, combining social, educative, and art criticism, without tabu, with the existential dimension. Patryk is currently graduading Master of Fine Art at Iceland University of The Arts in Reykjavik, Iceland.