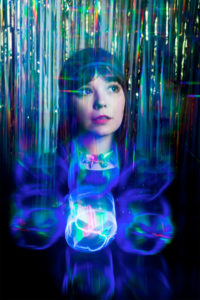 The Assembly of the Hyperboreans

We are Hyperboreans–we know well enough how remote our place is. „Neither by land nor by water will you find the road to the Hyperboreans“: even Pindar,in his day, knew that much about us. Beyond the North, beyond the ice, beyond death–our life, our happiness – Friedrich Nietzsche, Antichrist (originally published 1859)

Hyperborea was described by the Greek poet Pindar as a mythical land that lay beyond the Borea north wind. It was idyllic; the sun shone twenty-four hours a day, and the inhabitants were said to live to the age of one thousand in complete happiness. The basis for this unreal place draws from real northern lands, and through an exhibition and a series of performances and screenings, the artists in The Assembly of the Hyperboreans relate to the ways in which stories change and shift in their telling. Places and myths are created in the meetings of traditional oral cultures with contemporary performances.

An event program runs alongside the exhibition, with performances and a screening. On July 12 Ásta Fanney Sigurðardóttir and Styrmir Örn Guðmundsson will perform a series of performances around town. A film by Luke Fowler and Nora Joung will perform later in the program. In early August the voice sculpture “Fairytale” from 1997, by Magnús Pálsson, will be performed. Pálsson was born 1929 in Eskifjörður, East Iceland, and it one of the most influential Icelandic artists. His vast body of work extends over six decades and crosses the borders of visual art, theater and music. The voice sculpture is based on an Italian story about a gardener that finds a body on a field. After arriving back to the field the body has mysteriously disappeared.

The exhibition is on display until September 18, 2016. The center is open daily12.00-18.00, Wednesdays from 12.00-20.00. Admission is free. Collaborators are i8 gallery Reykjavík Iceland and The Modern Institute Glasgow Scotland. The East Iceland Regional Development program and the Icelandic Visual Art Fund support the exhibition.

Skaftfell operates in the field of contemporary art, on a local and international level. It´s activities are based upon exhibitions and events, alongside a residency and education program. A Bistro on the ground floor serves coffee, beverages and food, plus free Internet and an art library. Skaftfell is also the guardian of a minuscule house previously owned by a local naïve artist Ásgeir Emilsson (1931-1999) and can be viewed upon request. In March 2013 Skaftfell received an Icelandic award, Eyrarrósin, as outstanding cultural project in a rural area. Skaftfell honorary artistic director for 2015-2016 is Scottish writer and curator Gavin Morrison.