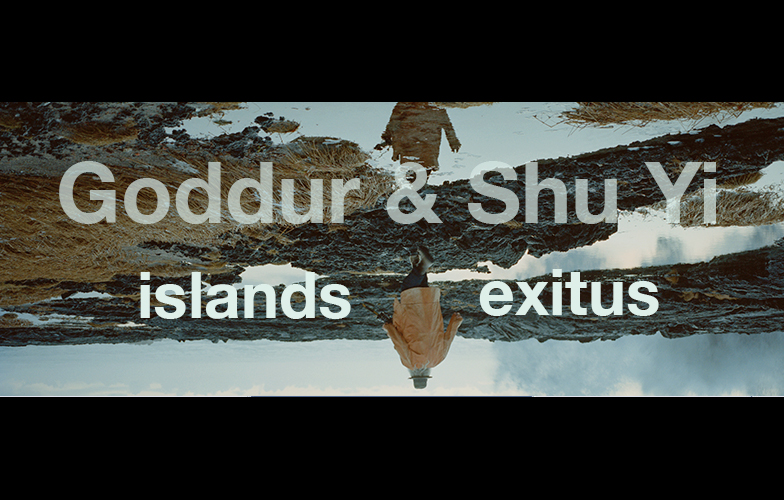 These sleeping islands… most of which have been abandoned. What are we really thinking when we we visit deserted islands? I have visited them during the last three years for a sentimental escape — to capture them with my camera. Each time I gaze upon them through my view finder, it retraces for me recollections of my ancestors, their protective presence. All my lineage of ancestors with their temperate hearts and their infantile smiles; on my maternal side are those who lived there for centuries. They all visit my mind. My lineage is usually linked with Svefneyjar or The Sleeping Islands on Breidafjördur on the west coast of Iceland. I think about this harsh, isolated living, which actually means “to set apart”, but also their paradise, their shangri-la. In Italian island is isola, which comes from insula. Therefore insular, peninsula, isolation, etc.; all attributes and metaphors of these pieces of land set apart from the rest. These islands that carved their faces, like scriptures on dormant rocks, forming museums of memories in my imagination — on these magical moments I release the shutter on my camera.

Goddur (Gudmundur Oddur Magnússon) is a professor in Visual Communication at Iceland Academy of the Arts. He is educated in Fine Art from Iceland College of Art & Crafts in Reykjavik (1976-79) and in Graphic Design and Photography at Emily Carr University of Art & Design in Vancouver, Canada (1986-89)

His photography has been widely used in graphic design as posters, cd-sleeves and book jackets. Those work have been published internationally from publication companies like TASCHEN, Laurence King in London and Die Gestalten in Berlin.

Landscape has always intrigued me as an open invitation. Inherently it contains information about how it has come to be formed. At the same time it recedes and diminishes by exposure to the elements over time. In this exhibition, I have selected two series of photographs that explore the relationship between landscape, time and space. The title Exitus was initially inspired by my reading of Haruki Murakami’s 2002 [trans. 2005] novel Kafka on the Shore. In it, the presence of an entrance stone in the landscape is an important motif in the novel as it represents the boundary between a physical and metaphysical order. In my photographs I capture scenes that reflect my understanding of landscape as both spectator and participant. Whether objective or subjective, they reflect myself, while at the same time they permit me to sense alternative states of being. Exitus refers simultaneously to motion in both directions, from physical to metaphysical states, and from other existences back into our reality.

Shu Yi is a Fine Art photographer and Graphic Designer based in Reykjavík, Beijing and London. She studied at Capital Normal University in Beijing and completed the master’s programme of Fine art photography at London College of Communication in 2012.

Shu Yi’s aesthetic value and artistic concept has been greatly influenced by a combined effect of both Eastern Buddhist thinking and Western cultural history and philosophy. Most of her photographic work reflects enthusiasm and doubt about the interconnection between time, space, and matter, particularly their proportional relationship, one to the other.

While studying photography at London College of Communication she began her photography practice which is preoccupied with discussing and understanding how human beings perceive time and space in different manners through an artistic point of view.