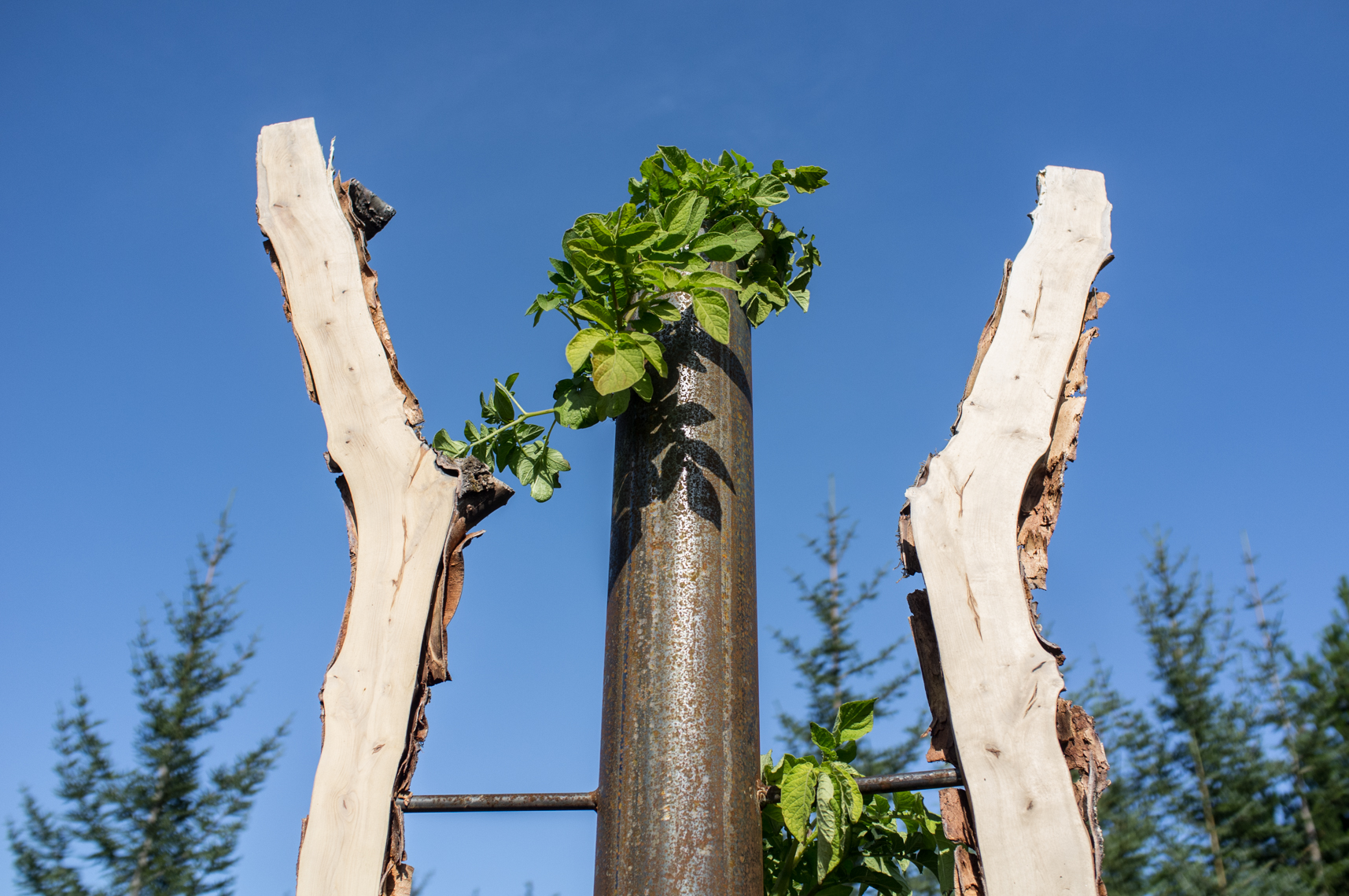 With Bold Knife and Fork opens with M.F.K. Fisher poignantly stating that gradual changes in a basic recipe are intrinsically tangled with man’s history and assumed progress.[1] This statement continues to resonate with me months after initially reading it, as it still strikes me with a massive pang of guilt. I think about food more often than I’d like to admit and it’s definitely one of my deepest passions, but I never follow a recipe and I rarely get past the title before beginning to cook. Partly due to laziness, I will admit, but it’s primarily due to trust. For better or for worse, I trust my instincts as well as the food to help me navigate somewhat close to the intended dish, or at the very least, towards a weird but welcomed gastronomical surprise. I’m unsure if I’d equate instinct with progress though, because if anything, my instincts have led me to be deeply set in my ways.

When I approached Reykjavik-based artist and organiser Sindri Leifsson about engaging in this sharing, his initial response was to send me a photograph of the current loaf of bread he was making. It was a turmeric sesame sourdough, and my mouth immediately watered upon seeing the vibrant yellow boule. Meeting some days later, we spoke as he was making a sourdough pizza in the countryside, and he later sent me a photograph of it all finished with his scenic view in the background. A week later, he shared with me his go-to method for baking sourdough bread that he’s carefully developed and perfected over the last three years. I consider recipes to often act as a linear way of sharing a non-linear process, and I realised that this recipe was in many ways the result of Sindri’s process of learning, discovering and perfecting the method of this bread. Graced with moments of his person, he shared suggestions – like how he uses a showercap instead of cling film to cover his dough as it proves, as well as links to tutorial videos on kneading techniques. It became conceivable to imagine his personal trial and errors over time as he honed this particular process. 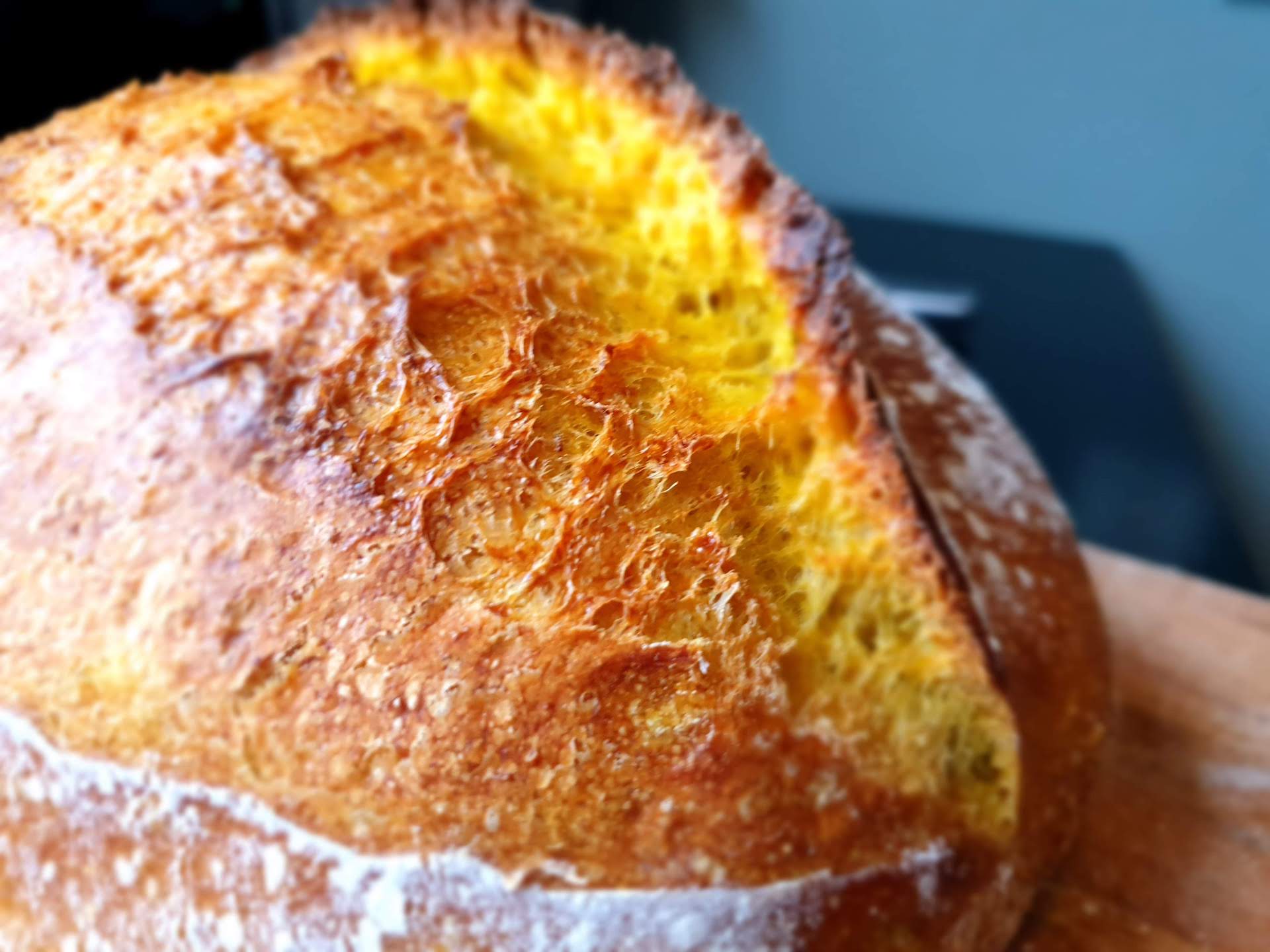 Research through experience is the most honest way to learn. While speaking about bread and beyond, Sindri reiterated the importance of being observant and that though one may carefully follow all the protocols, he stressed that it is far more important to have an awareness of what’s happening. To be observant is one thing, but it’s another to know what to do with your observations. This led me to think about how many times we need to activate our senses in a particular way before the action becomes familiar or instinctive. 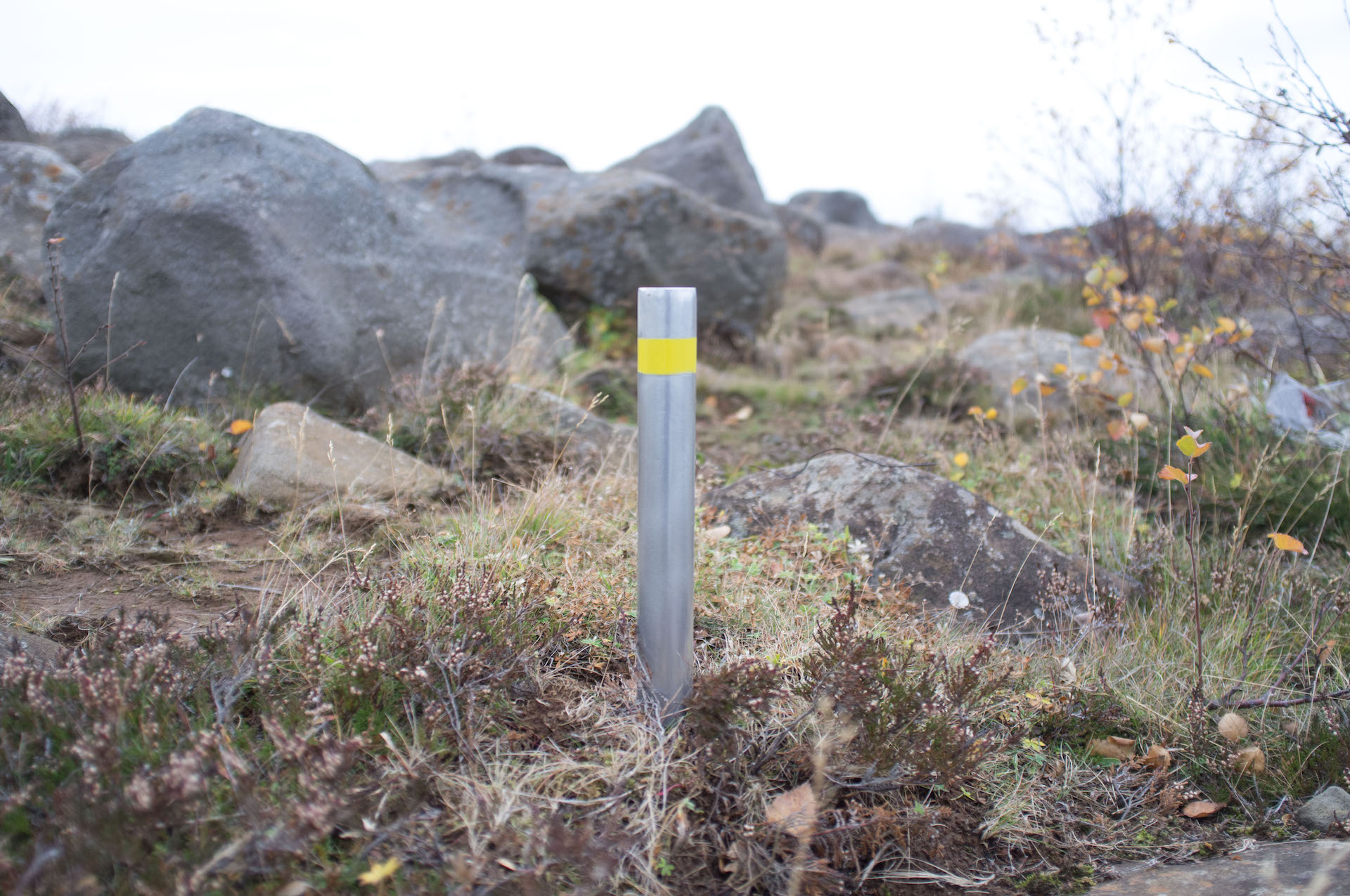 This methodically consistent way of being seems to seep into all corners of Leifsson’s life, and I found his perception of the interconnection of makers and materials to be a necessary aspect of unpacking his practice. With wood being a recurring theme and material in his work, we spoke a lot about the importance and significance of tools, as some of his works even place an emphasis on the tool itself, approaching it as a material in its own right. He keeps revisiting the hand saw in particular, as his interest in it lies in how it acts as a mediator between his hand and the wood. He also reverently stated his affinity with tools remain in their ability to help him create things that last longer than his lifetime. 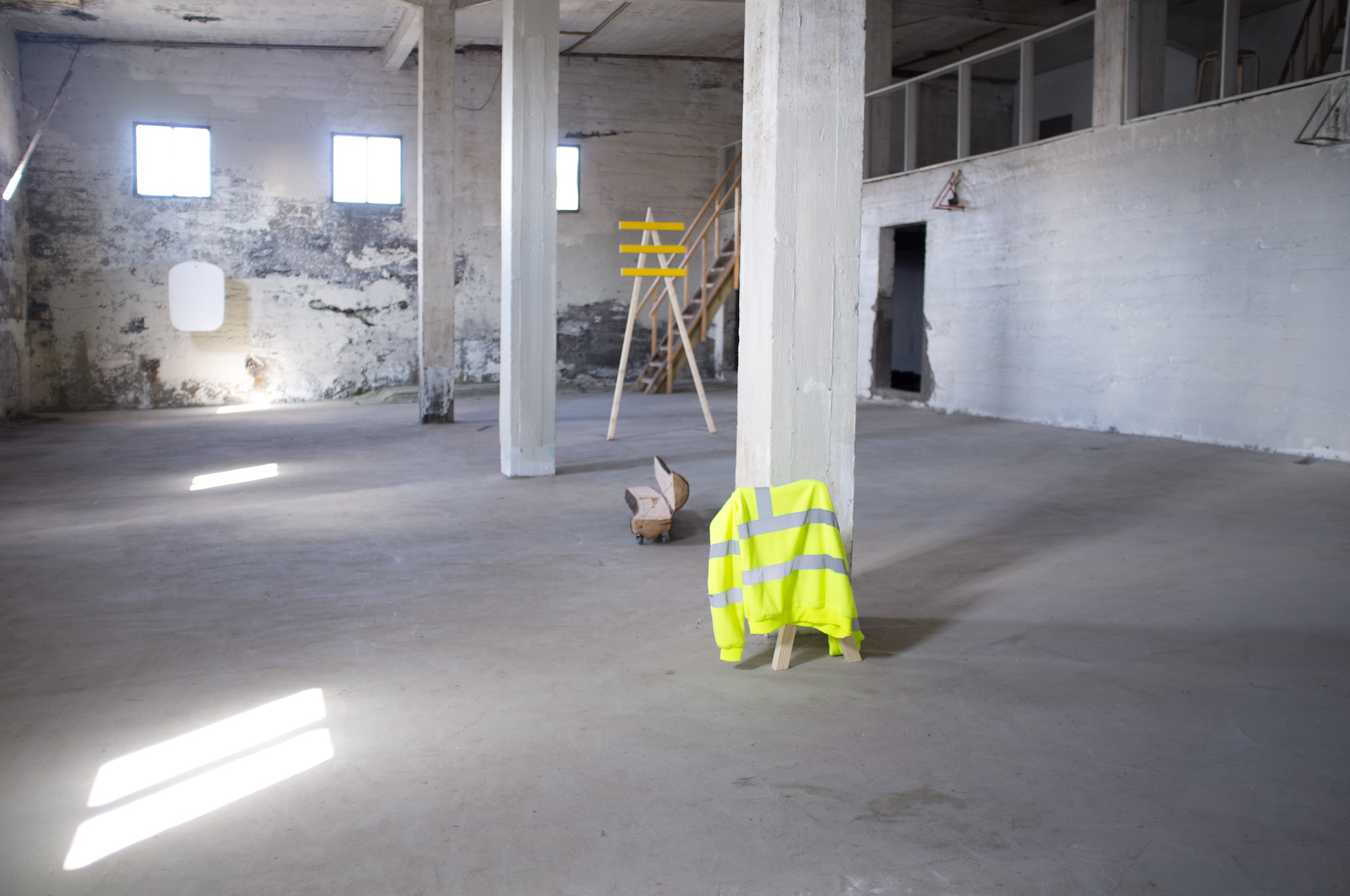 Axe, 2017. Installation view from the exhibition Hole at The Factory in Hjalteyri. 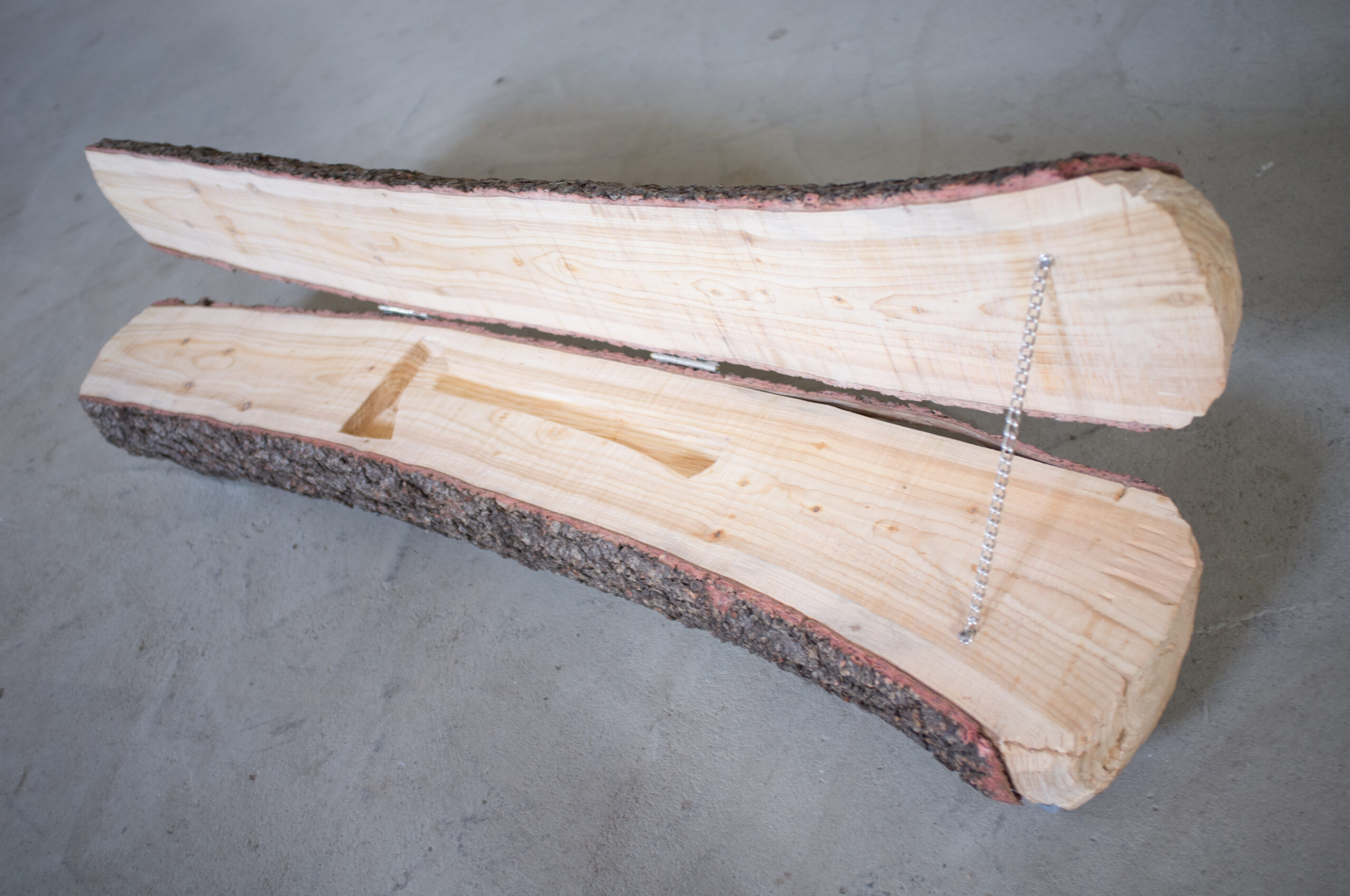 As we spoke about his working process, Sindri conceded that he’s a project-driven worker as he’s motivated and inspired by juggling multiple activities at once. This is also perhaps why he’s not only deeply committed to his personal practice, but also prioritises contributing to his local art community through acting on the board of a myriad of organizations (such as The Living Art Museum and Sequences Art Festival), as well as working at the Iceland University of the Arts. Alongside this, Leifsson has also run multiple art spaces out of his home, with the current one being listasafnislands.is, affectionately named after his discovery of The National Gallery of Iceland’s missed opportunity of having a .is web domain, which he then unhesitatingly purchased himself to run parallel to the physical namesake space. Sindri’s investment in cultivating these initiatives rests in his desire to have a continuous interaction with art and arts practitioners who he’s interested in, and being drawn to experiencing work in new ways as he continues to foster space for art and life to co-exist. It was curious and humbling to listen to why he rejects the notion of a hierarchy or division existing between arts working and working as an artist. As they occupy the same part of his headspace, Sindri explained that he was more so focused on producing something interesting rather than on the illusion that one form of labour is better or more prestigious than the other. It’s commendable his dedication to making time and space for what he cares about, and also for understanding the privilege he has to be able to make these initiatives happen. 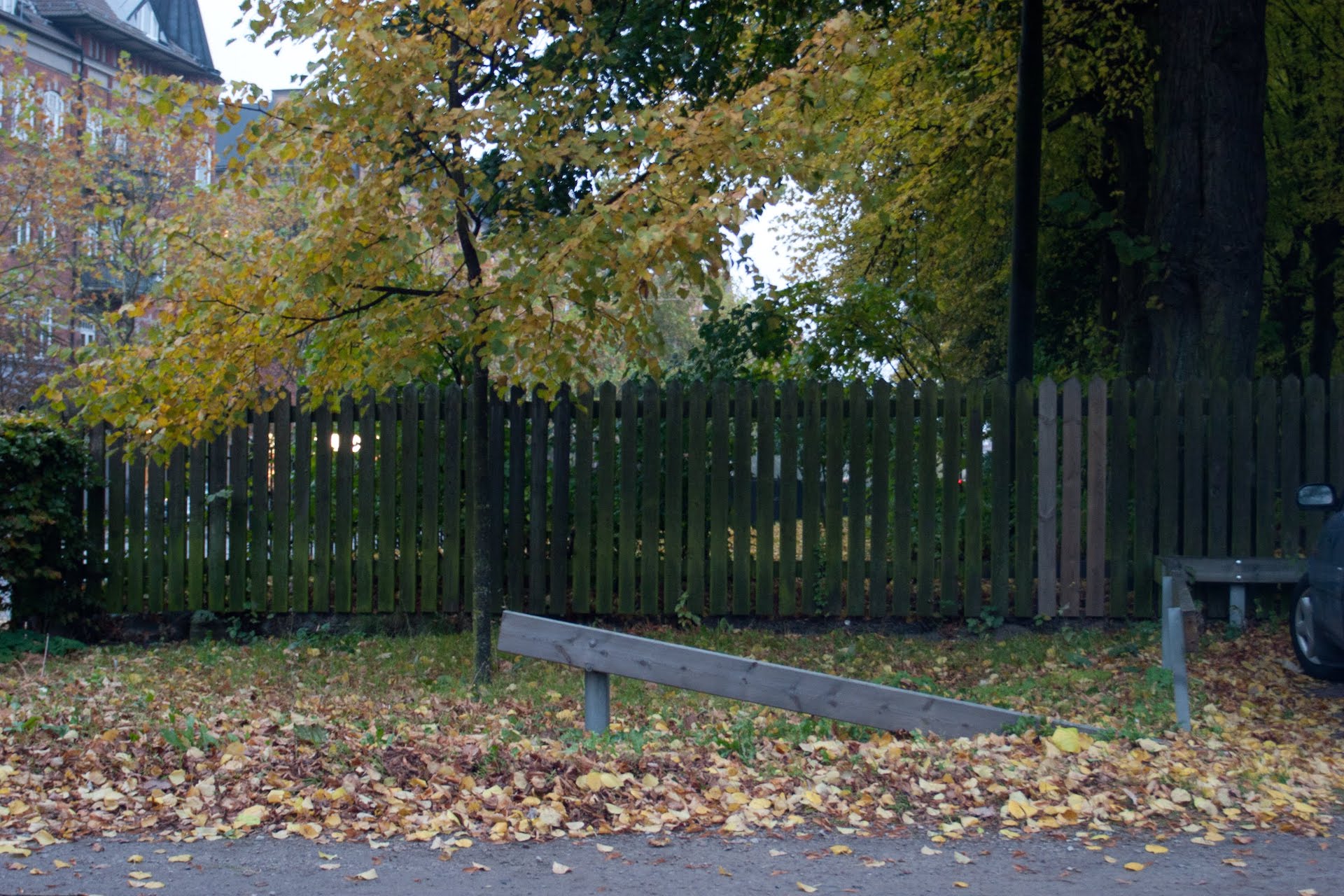 In speaking about work and labour, he shared some insights about his current project, which places an emphasis on maintenance. Over time, he has observed points where breakdowns were naturally occurring in the public realm, such as a broken bench, fence or sign. Sindri intends to highlight these moments by accurately repairing them and leaving the break precisely fixed but with the repair still evident. Aware that these radical actions may be perceived as presumptuous with consideration to his person and gender, he acknowledged the importance of being critical and considerate of one’s actions as well as the words used in relation to them regardless of the intention. Sindri stressed that excluding communication is selfish to the process, and that for him, the repair is truly as important as the break. Lisa Baraitser eloquently argues that what is hidden is often not just the labour of maintenance, but also the time embedded within the labour itself,[2] and I believe this to be true. Invested in the ethos of the Japanese aesthetics of wabi-sabi, Sindri’s work is rooted in recognising the temporal nature of things while highlighting the labour needed for them to be maintained. In contemplating this particular project, I was immediately reminded of Mierle Laderman Ukeles’ Handshake Ritual, which was part of her Touch Sanitation Performance (1979-80), where she embarked on the pursuit of meeting and shaking hands with every New York Sanitation Department employee, and thanking them for keeping New York City alive.[3] I also find myself considering the similarities between Leifsson’s current proposition and Francis Alÿs’ When Faith Moves Mountains (2002). This ambitious collaborative action involved 500 volunteers in the outskirts of Lima, Peru taking on the task of moving a sand dune over several inches.[4] I envisage Sindri’s work in line with these as they all generously lend their practice to duration, but more so because they allow for their work to be a means of opening up the conversation on how vulnerability is unraveled through acknowledging the labour involved with maintenance and constant care. These seemingly invisible and momentary gestures continue to resonate far beyond their time. 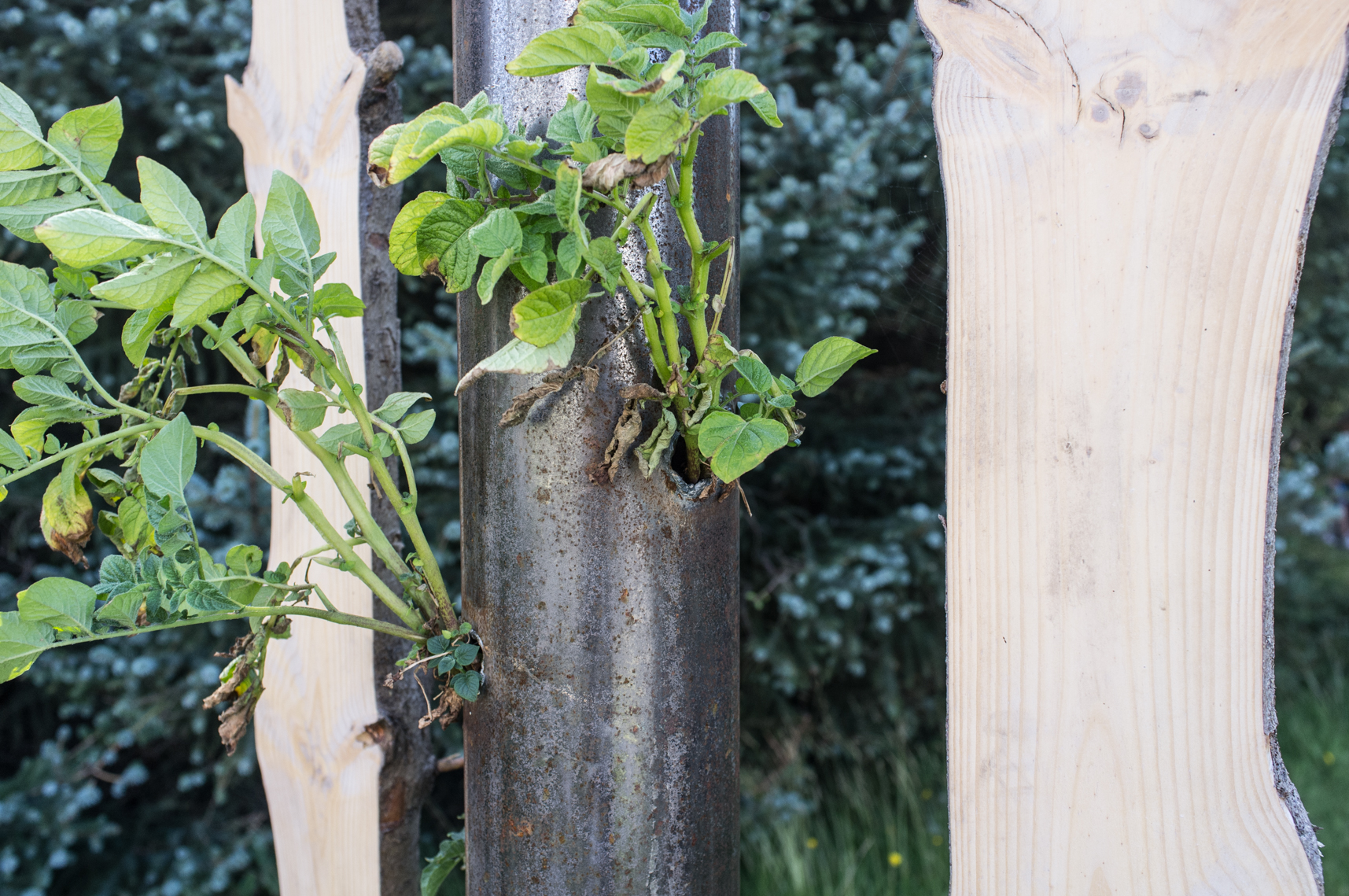 There’s a curious tension in Sindri’s work which consistently motivates me to question the problems and possibilities of my surroundings. There also exists this refreshing humility in his investment with time passing and time passed that continues to oscillate through my headspace in weird and wonderful ways. Leifsson’s ongoing willingness to learn and experiment regardless of the outcome opens his work to new forms over time as it delicately bleeds between public and private space. It’s evident that his curiosity lies deeply in the labour of process, with considerations to duration coming thereafter, and it’s a privilege to witness Sindri’s methods, recipes, tools, materials, ingredients, photos, sketches, as well as his countless projects on the go, gently unravel into his personal archive of processes as they grow and shift together.

Sindri Leifsson (b. 1988) raises questions about the autarchy of labour and the product it yields as well as pointing towards the process itself. Sindri received a MFA at Malmö Art Academy in 2013 and a BA at Iceland University of the Arts in 2011. He has exhibited actively in Iceland and abroad.

Cover picture: Entrance, 2019, steel, birch, potatoes. Sculpture in five parts in Breiðholt as a part of The Wheel, an exhibition series initiated by Reykjavík Association of Sculptors in public space.