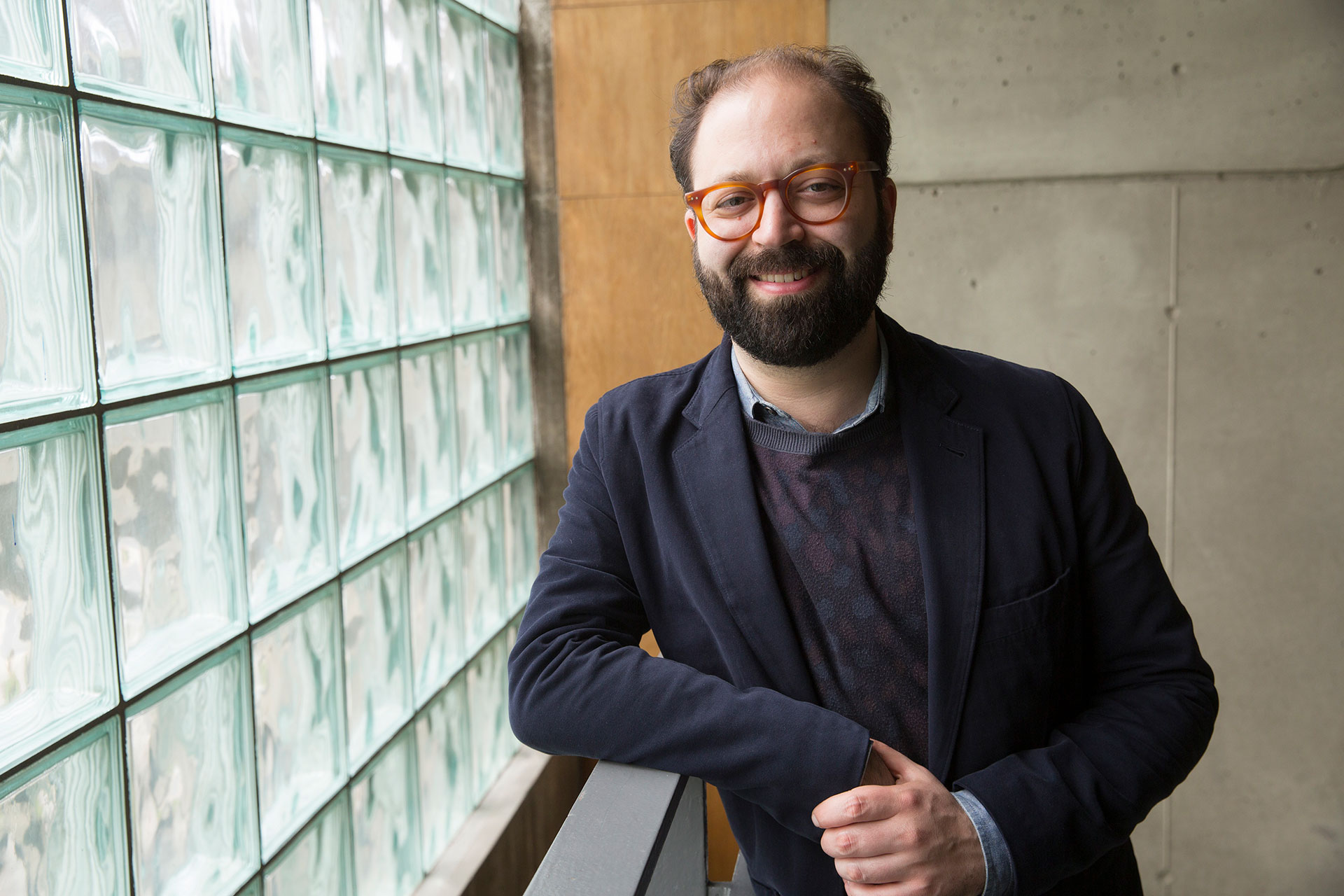 Disbelief – An Interview with Dan Byers

Having recently arrived from a trip to the United States, elements of the political climate were pretty unsettling and fresh on my mind. The newly opened exhibition at i8 gallery, Seeing Believing Having Holding: A Late Summer Show of Five American Artists organized by Dan Byers, immediately spoke to this sense of being unsettled and of the disconnection between what you read in the news and the reality of the situation. The title of the exhibition spoke to this sensation especially. Even the added addendum – a late summer show of five American artists – implied that it was the end of a season (or an era) and it was now time to return to a new arrangement of our basic sense perceptions with the help from the studios of artists working in a variety of mediums from all over the US: Kelly Akashi (Los Angeles, CA) Kahlil Robert Irving (St. Louis, MO), Michelle Lopez (Philadelphia, PA), B. Ingrid Olson (Chicago, IL), and Daniel Rios Rodriguez (San Antonio, TX).

In an interview with the Dan Byers, he filled me in on how these nuances inspired the exhibition.

Dan Byers: I think you are definitely picking up on things I was thinking and feeling. That is how the show came about: through an intuitive sense of artists I was interested in and a broad confusion between sight and touch. When Börkur and I first started talking about the show we were going to do something political that touched on the situation in America. However, the exhibition became something that addressed in very visceral terms what it feels like to be in America right now, which is really scary, unsettling, and destabilizing.

I walked back from that feeling towards work that was more metaphorical in the way it contains those confrontations and engagements but perhaps not explicitly engaging in them. The idea of ‘late summer’ came up because these summer group shows that are usually an opportunity to be light and playful. It certainly has that bit of late summer, like you said, a feeling of harvesting and getting back to organizing all the changes that happened over the summer, but it also has connotations of late empire and this moment where the shadows are longer and there is this anxiety that starts to creep in. It’s a bit playful that I’m putting ‘American artists’ in the title. I was hesitant because a lot of artists don’t like to be identified by their nationalities. It always has problematic connotations but at the same time, it is five young American artists from all over the country. As an American and an American curator, it feels important for me to let people know that there are things happening all over the country and that it’s a big country and people are doing things all over the country, responding to a specific vernacular and responding to what is happening. That is all part of a subtext to the show. 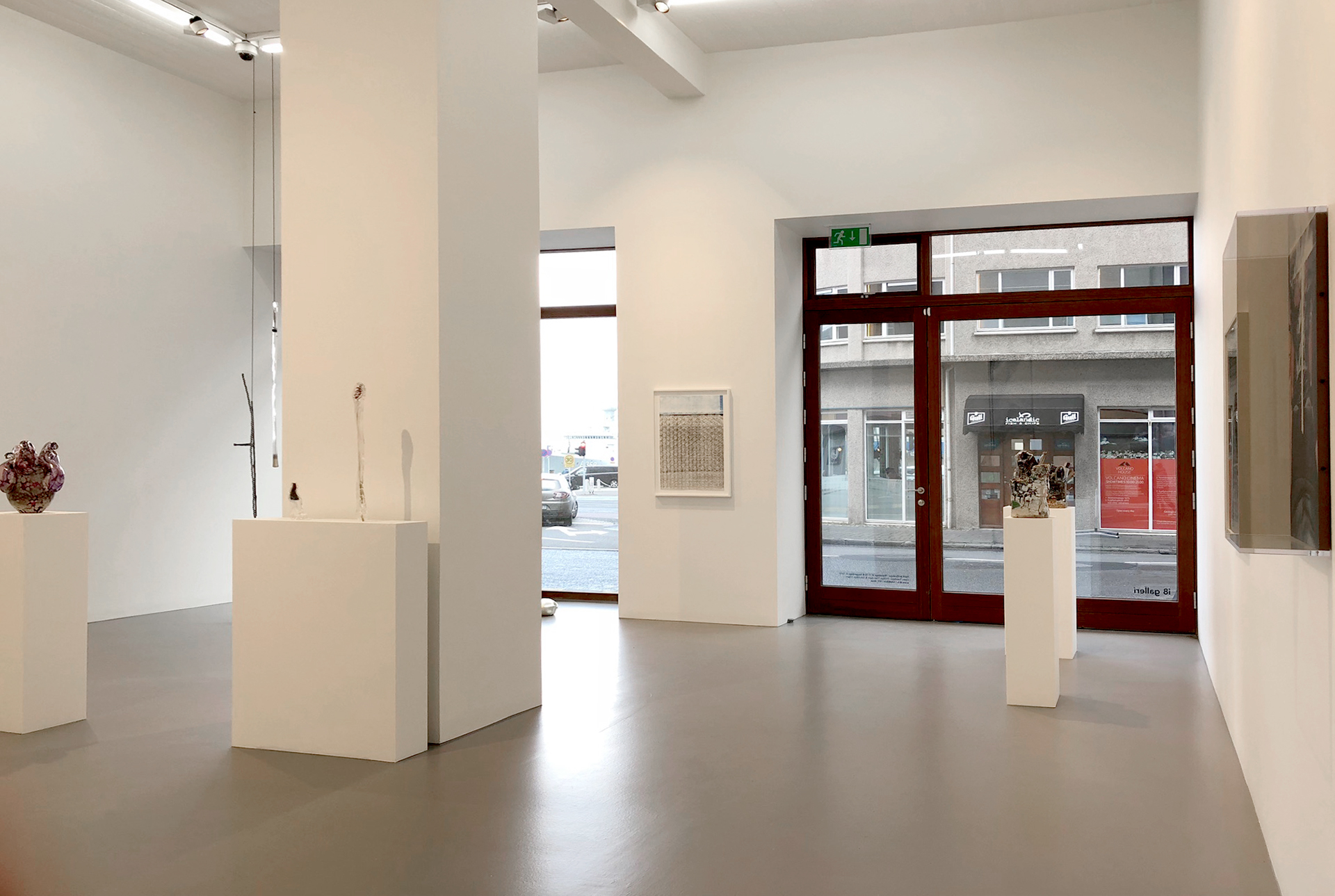 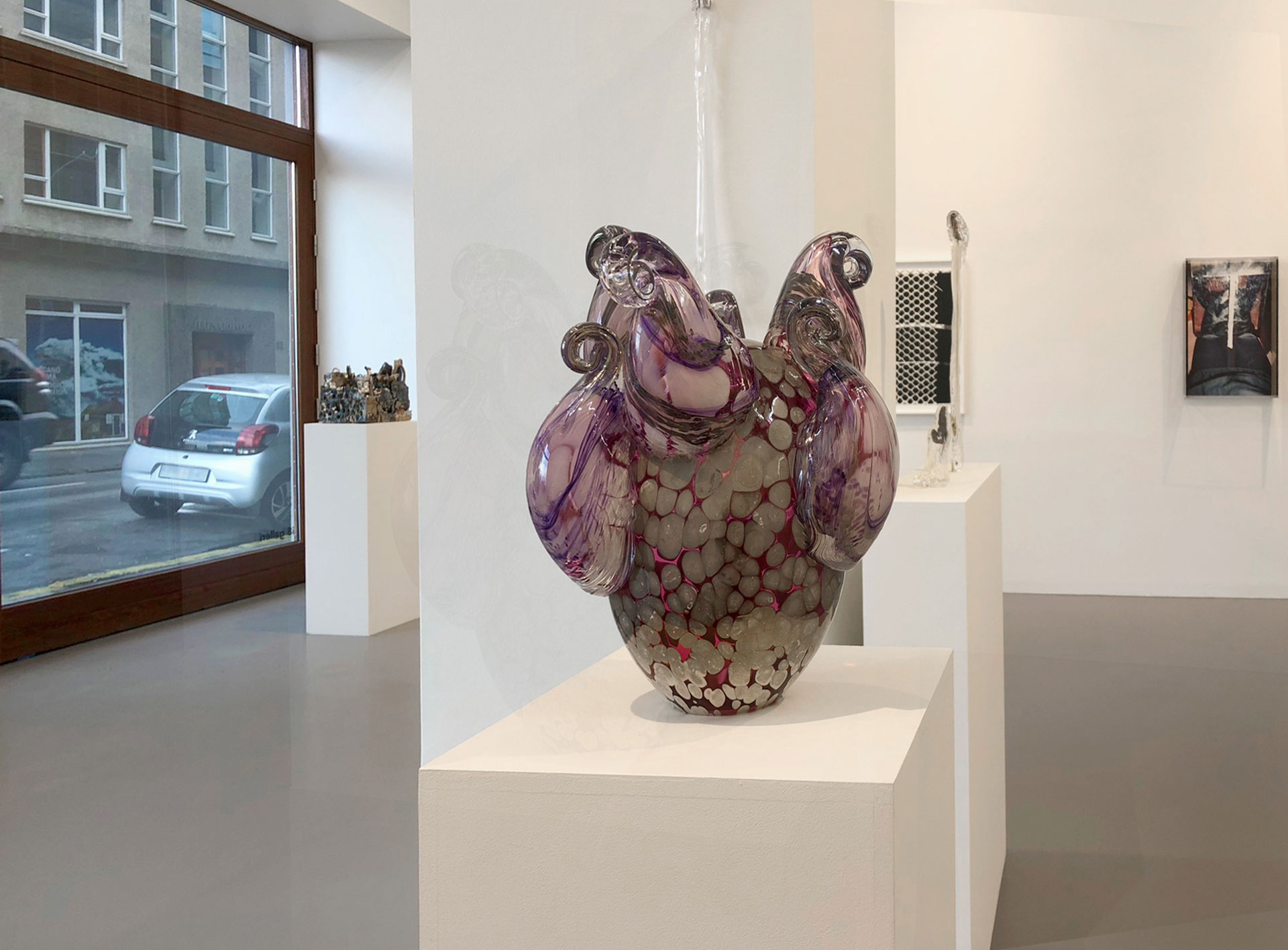 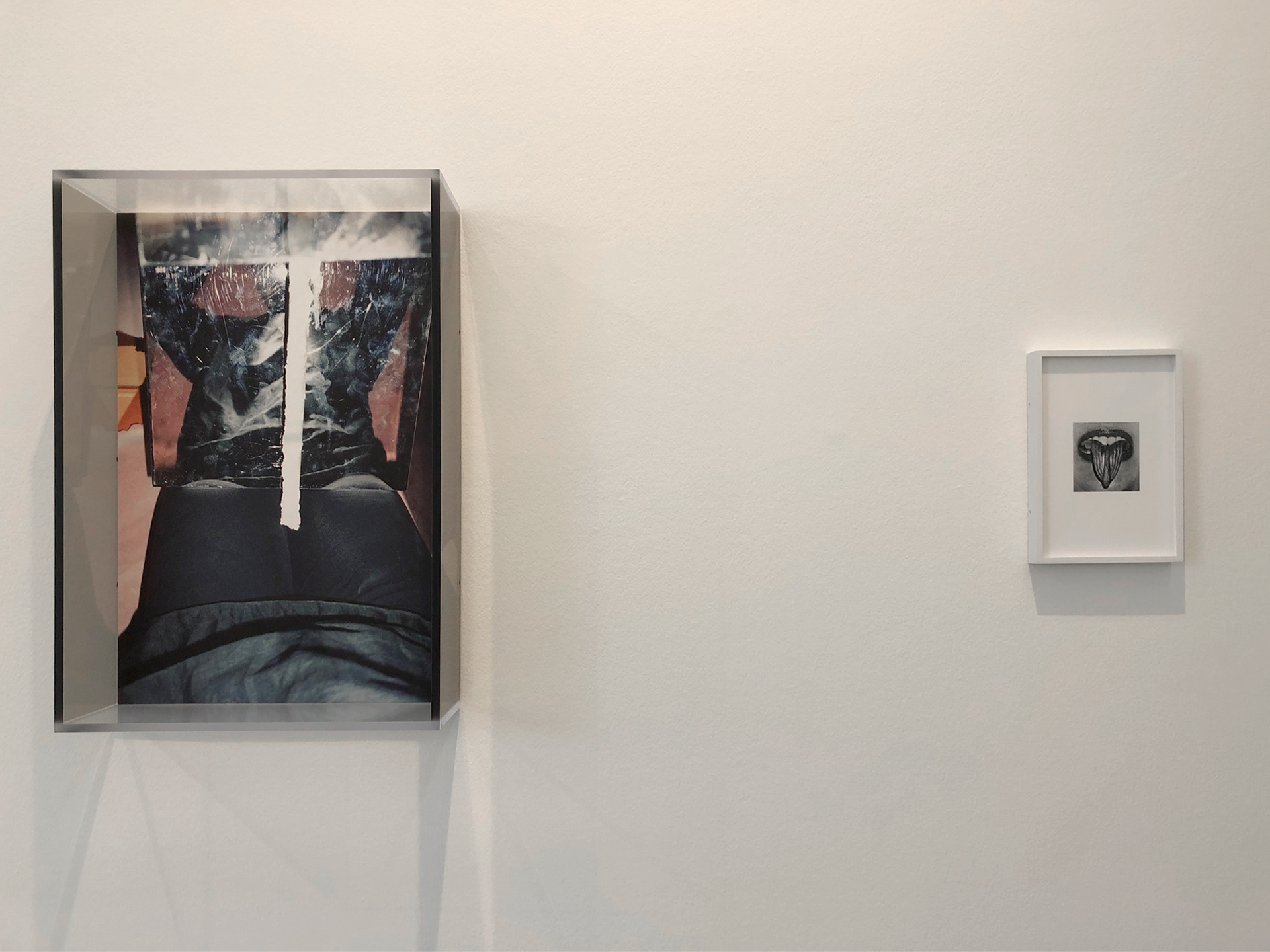 All of a sudden these more process-based ideas around the confusion of touch and vision, sight and sense began to take on more political dimensions in terms of the skepticism of fact right now and the way in which fake news and even in my own disbelief when I wake up in the morning and read the headline news. I think to myself that this can’t actually be happening but it is very much happening so all of the sudden this idea of trying to confirm what you see with another sense is very prevalent. I think touch is the most affirming sense if we had to rank them although they each have their own qualities. 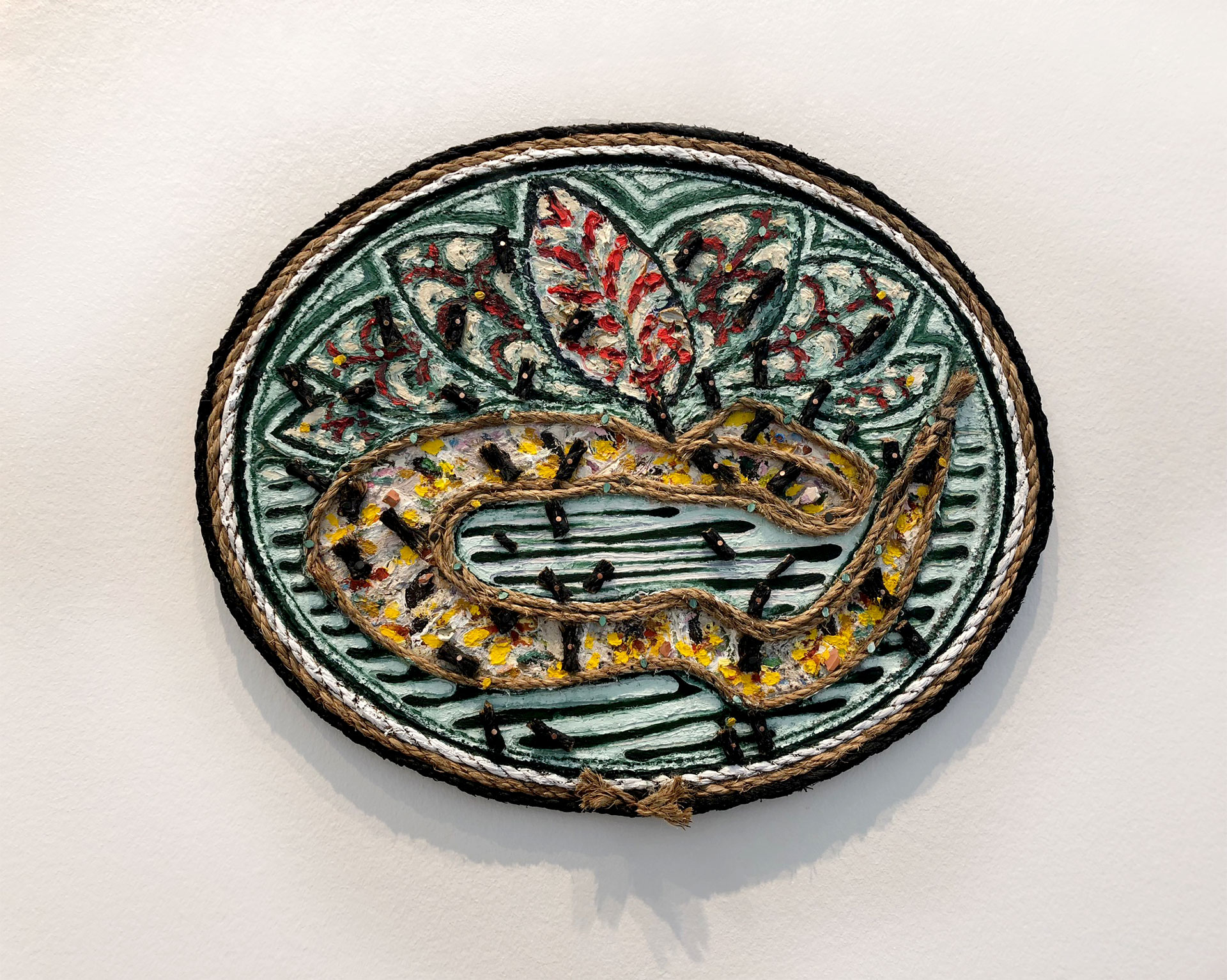 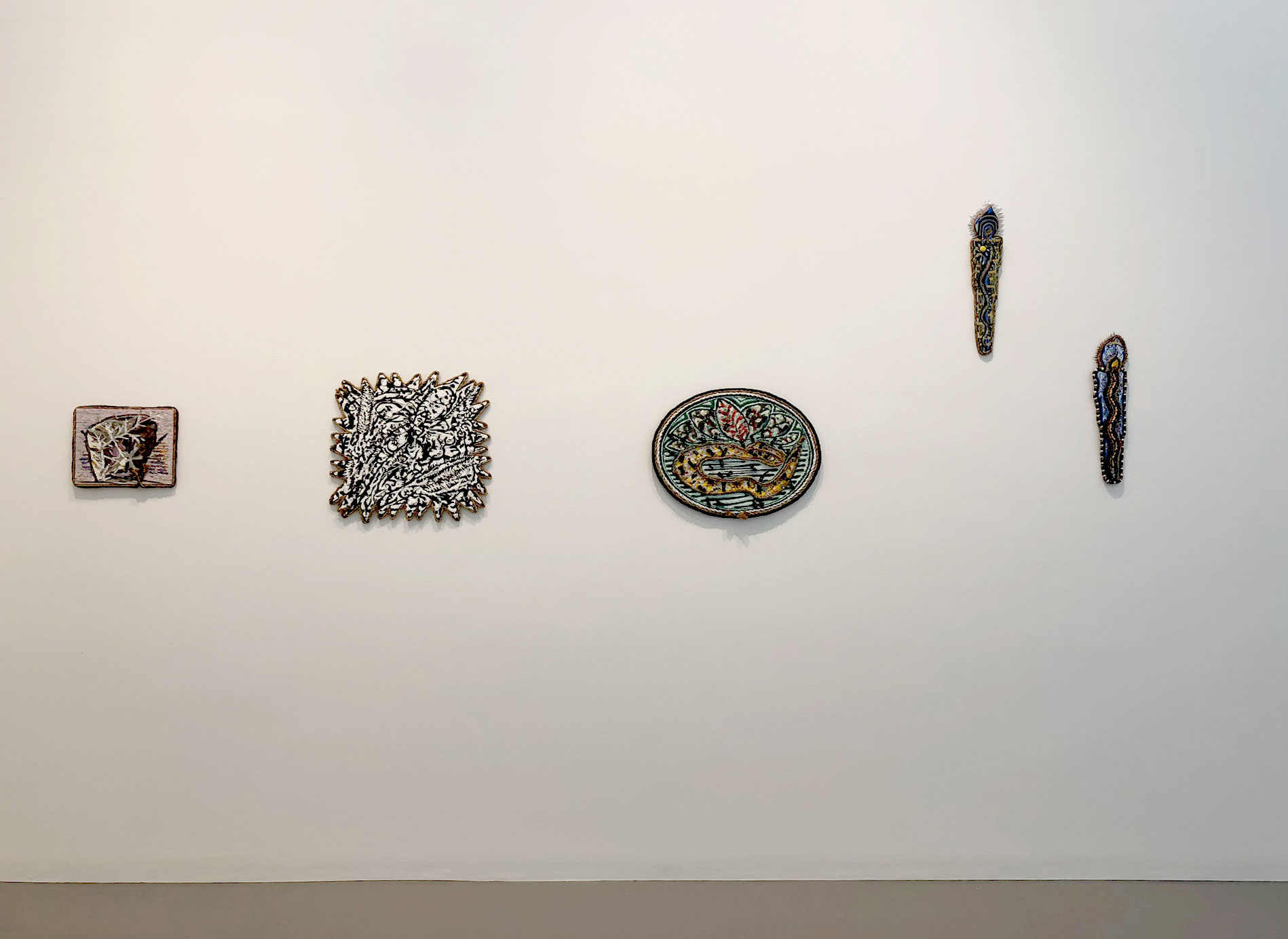 So this idea that the visual has its own tactile dimension to it is the thing that brings the works in the show together. They are images that have to be touched and even the things that have photographic processes come about through contact with a thing like Kelly Akashi’s photographs. They are a photogram of light through an object so it has a sculptural dimension to it. A lot of them are sort of hand-held and have that relationship to the body in a way. I think bodies feel very vulnerable right now on many levels as they are being attacked by society and by the government. I think that sense of corporeal vulnerability is also something I was thinking about throughout the works in different ways.

Erin: There are so many points that the exhibition touches on that are all so relevant right now. Just walking here and noticing how people are in a crowd and just looking down at their phone with a festival going on around them. I was just thinking about that as I arrived how no one is really anywhere they actually are. 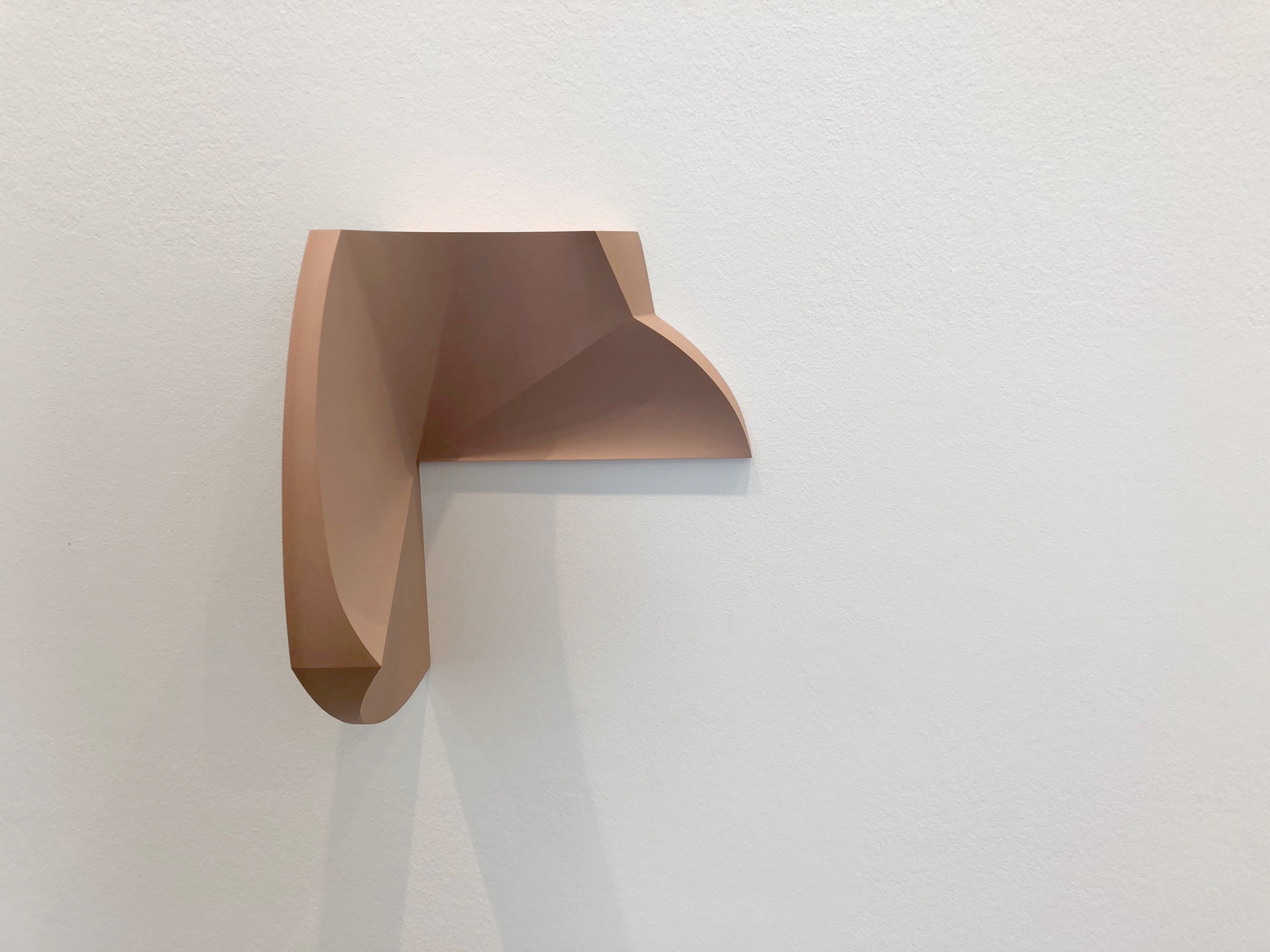 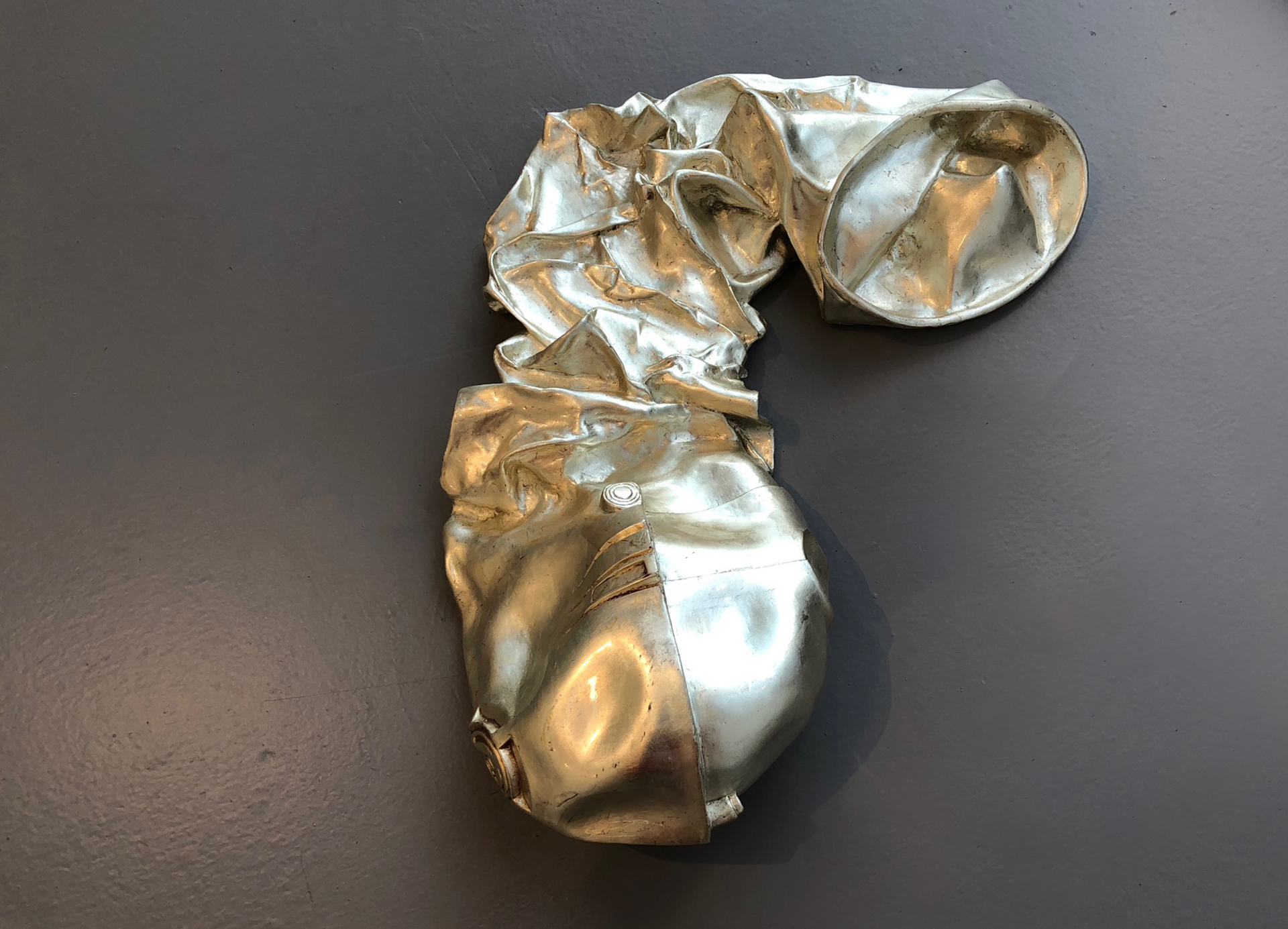 Dan: Right, and this sense of receding into ourselves that is very much aided by the phone and by that posture which alludes to the fact that all of these works are very much studio-based works. These are artists who have studio practices so there is a retreat that is inherent in making these objects that is necessary to have an engagement with the outside world. That sense of the studio space of making physical, trial and error work that is very handmade is very different than work made on the street that is external, relational, social, or all of these things. I think these works all have a very political dimension but it is filtered through the subjectivity of that specific person and that specific hand before it goes back out into the world. 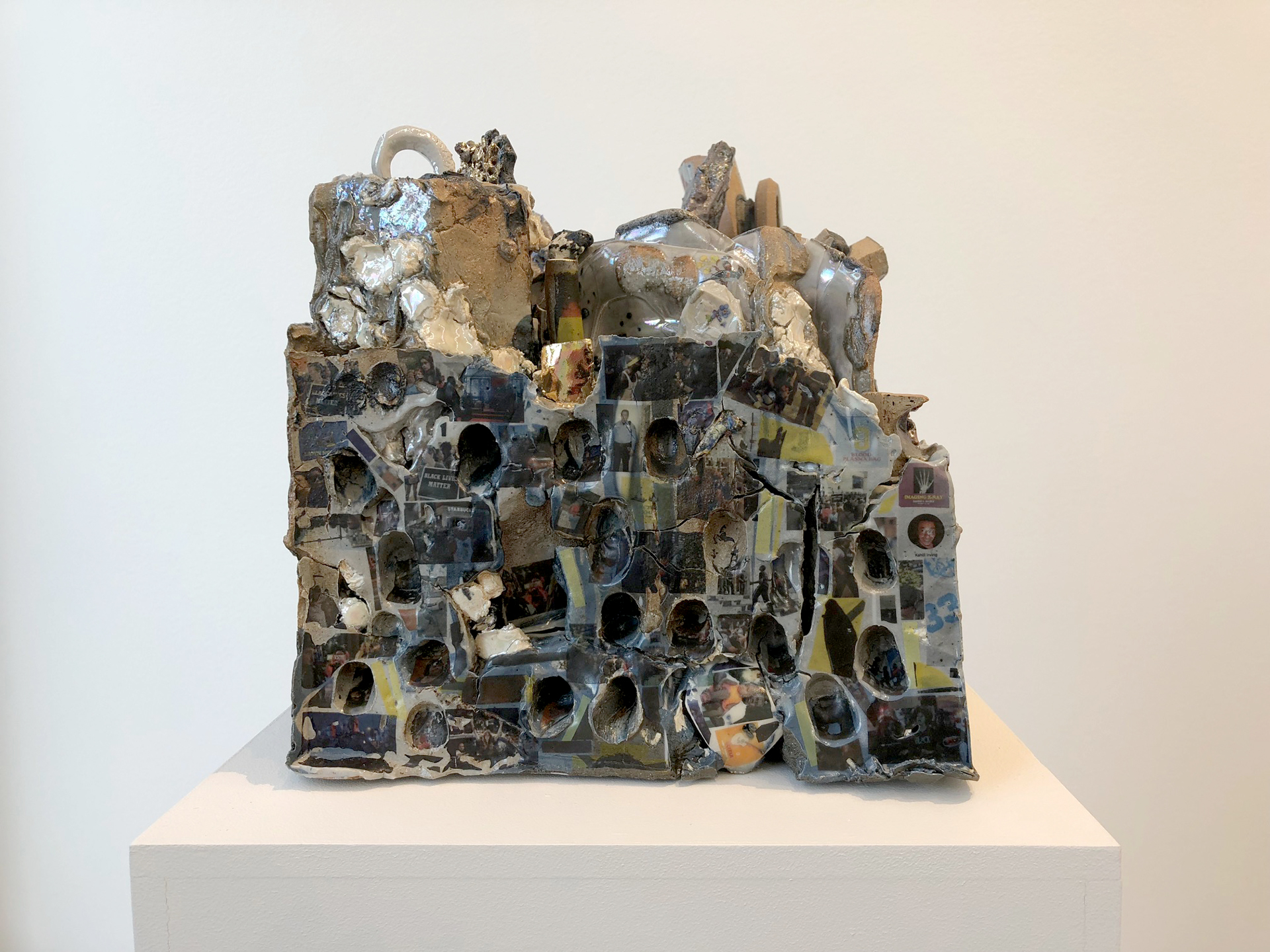 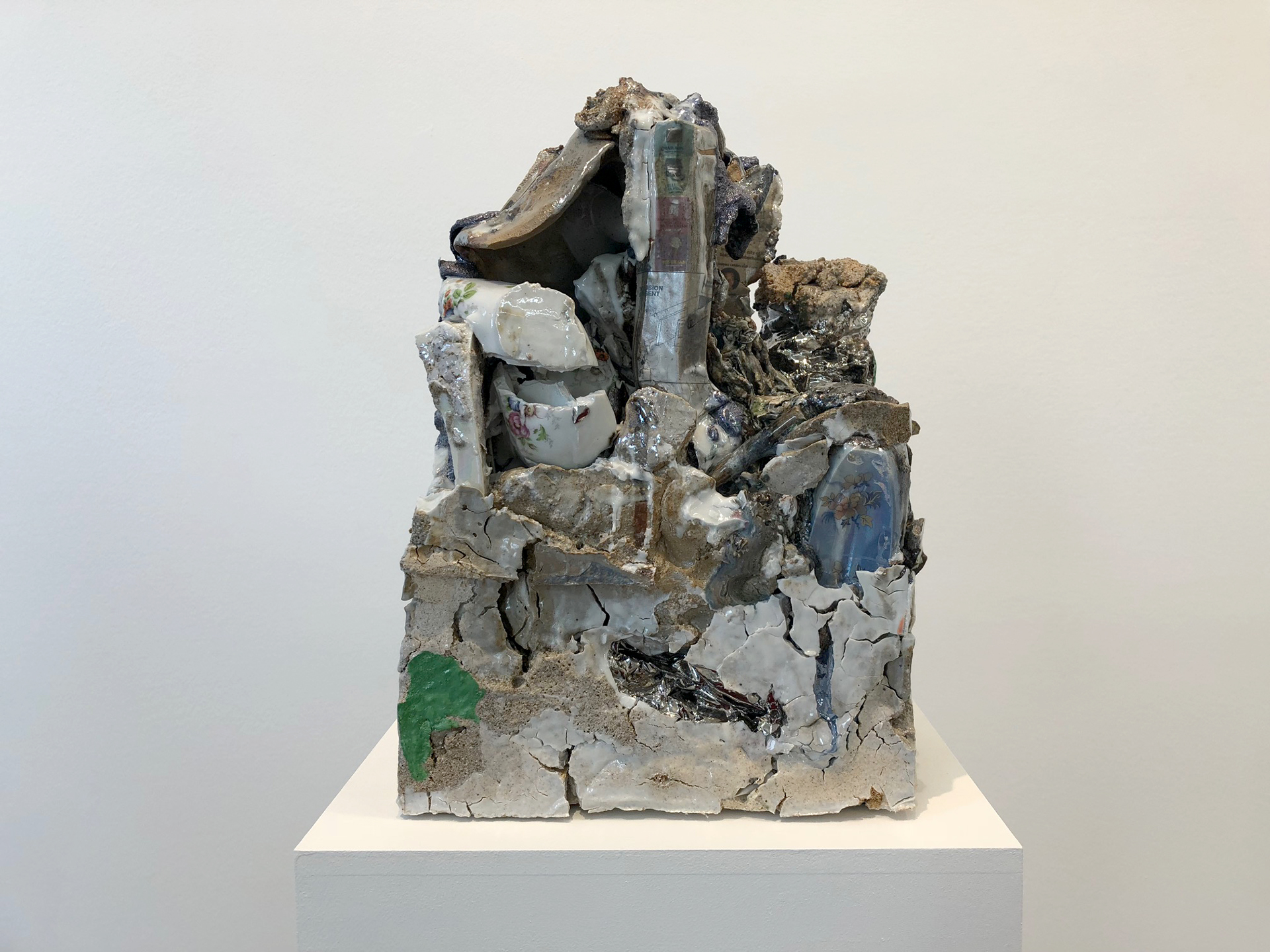 I always think of Philip Guston in the 1960s retreating to his studio in Woodstock, New York and making these incredibly radical political paintings that could only be made at a distance from where all this trauma was happening. That tradition I feel is easy at this very precarious political moment. I have to say I’ve never been to more political protests than in the past year. There is this sense that if you’re not showing up then you really have to question what you are doing with your time. I think with this work there is a sense of safety in your privacy where the work is made before it goes out in the world. I love the fact that this gallery has huge windows visible from the street and people interact with it like a storefront as a place of commerce but also the social realm and that sense of transparency has been great for the show.

Erin: I was also thinking about how the exhibition gives an accurate visceral sense of what it feels like to be in America right now that, in my experience, is not easy to convey. I could go on a lot of tangents with this. 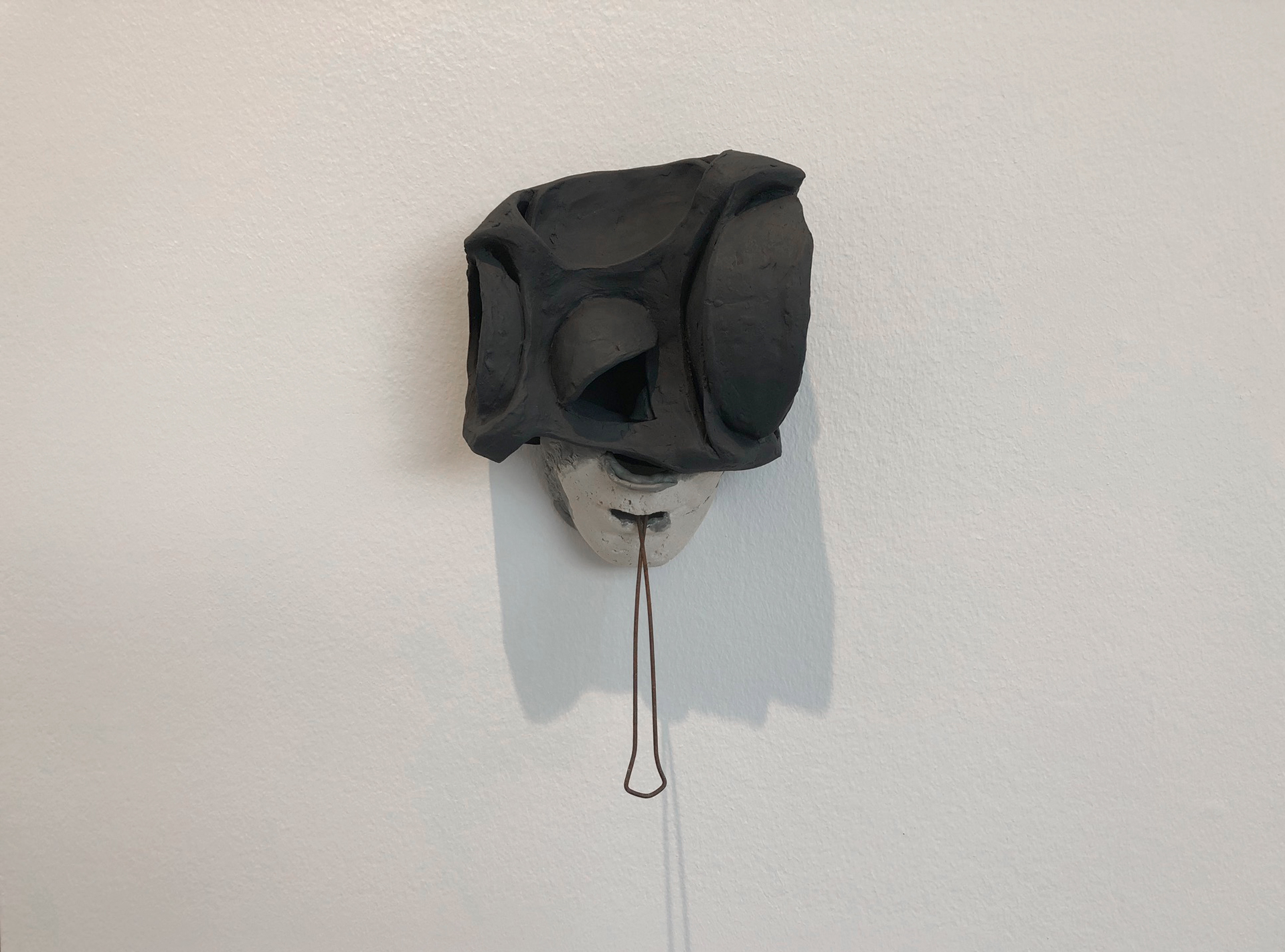 B. Ingrid Olson: Kiss the architect on the mouth, 2018 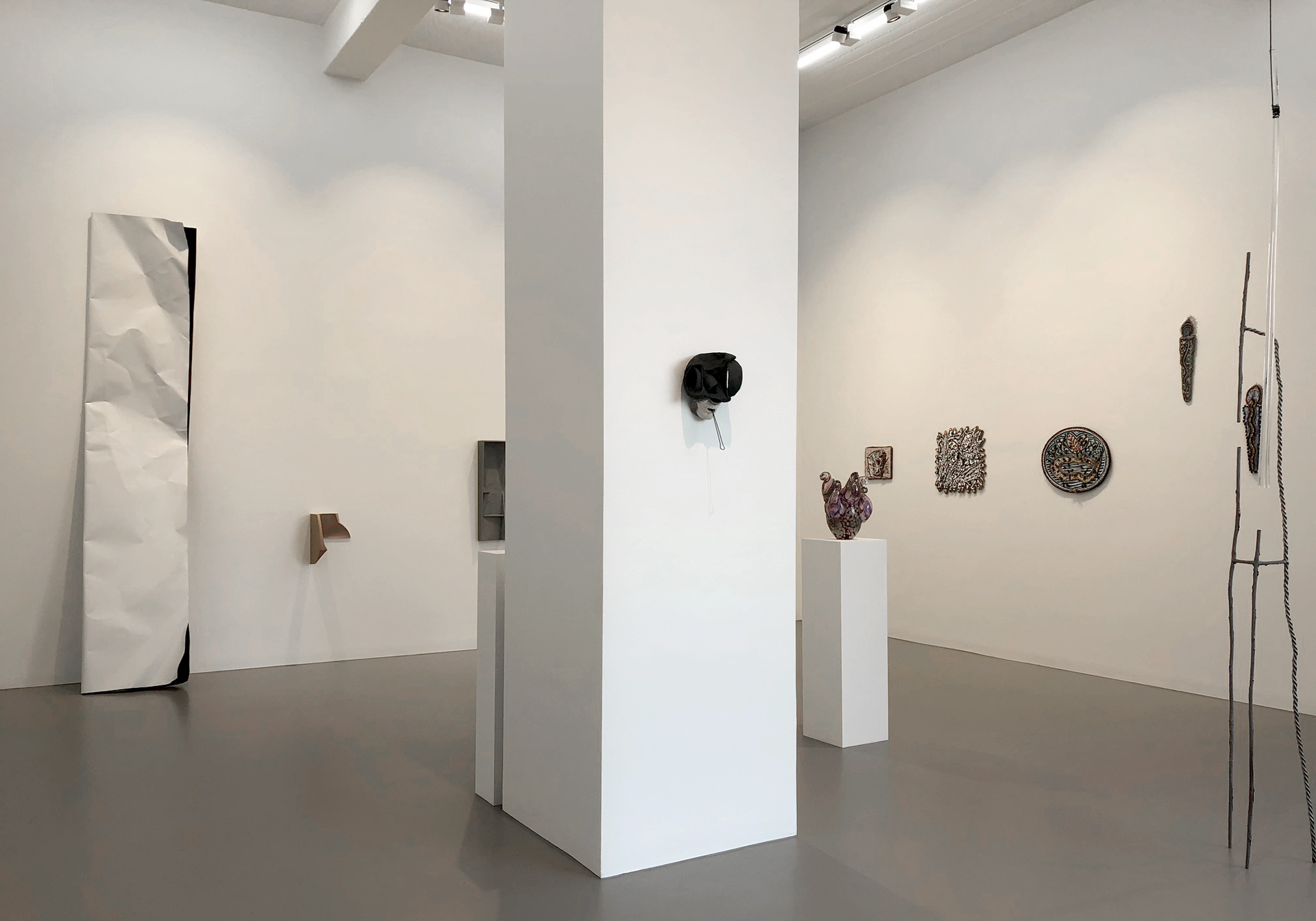 Dan: Living in Cambridge, Massachusetts in this elite, liberal enclave under Obama I could feel self-conscious of being protected in a way, but now I’m quite happy being in a democratic area, although we definitely have Trump supporters in Massachusetts. I have to say there is a sense of safety. On the day he was elected, there was an immediate correlation in Boston of racist graffiti and people being harassed. There was a total cause and effect and people suddenly felt they had permission and were emboldened to do this. I think that sense of what one does with their personal lives becomes more poignant. I think with these artists there is a sense very much of the specific lived corporeal, subjective, psychological experience of each person and that sense of the intimate and the personal. Even if the show isn’t about politics or Trump you can look at how the show is about the every day of this moment.

Erin: I think this turning inward towards very intimate perceptions is becoming obviously more and more a place where we can find truth, something that is starting to be talked about more openly. This can be seen in the return to craft in the show; I see these delicately balanced objects and porcelain pieces.

Dan: Yes, I think that and the strength of having ones’ own place in the world when you turn to face the world. You have to tend your own garden before you can turn outwards and I think it does feel like one wants to have things settled with yourself so you can be a strong presence out in the world and behave in a way that feels brave to the situation. Everyone is going about their daily business and has their jobs, lives, relationships, but there is this constant drumbeat. It is always about trying to figure out how to balance how much you engage with it and how much you do your own thing.

Erin: Do you have a background in art practice?

Dan: I have an undergraduate degree in studio art and usually, when I do a studio visit with an artist I have obviously the knowledge I gained from working in galleries and museums, but my initial engagement is as someone who is thinking about what it means to make those decisions in the studio. These decisions are around materials and what the conceptual implications of those choices might be and how hard or easy it is do something. In some ways, this is much more close to my initial engagement because I am just as interested in how the work was made influences what they mean.

Erin: The materiality of the work and the actual physical space in which it exists in the exhibition really works as a metaphor with our own bodies in the way that the visitor has to really navigate the space with all the senses. With the disbelief of the material being one of the major metaphorical gestures being made in the show, I think you have definitely found a way to capture part of that aesthetic reality of this moment.

Seeing Believing Having Holding: A Late Summer Show of Five American Artists will be on view until October 27th at i8.

Photo Credit: Helga Óskarsdóttir
All photos are from the exhibition Seeing Believing Having Holding
Courtesy of the artists and i8 Gallery, Reykjavik