In the Garden of Anna Run 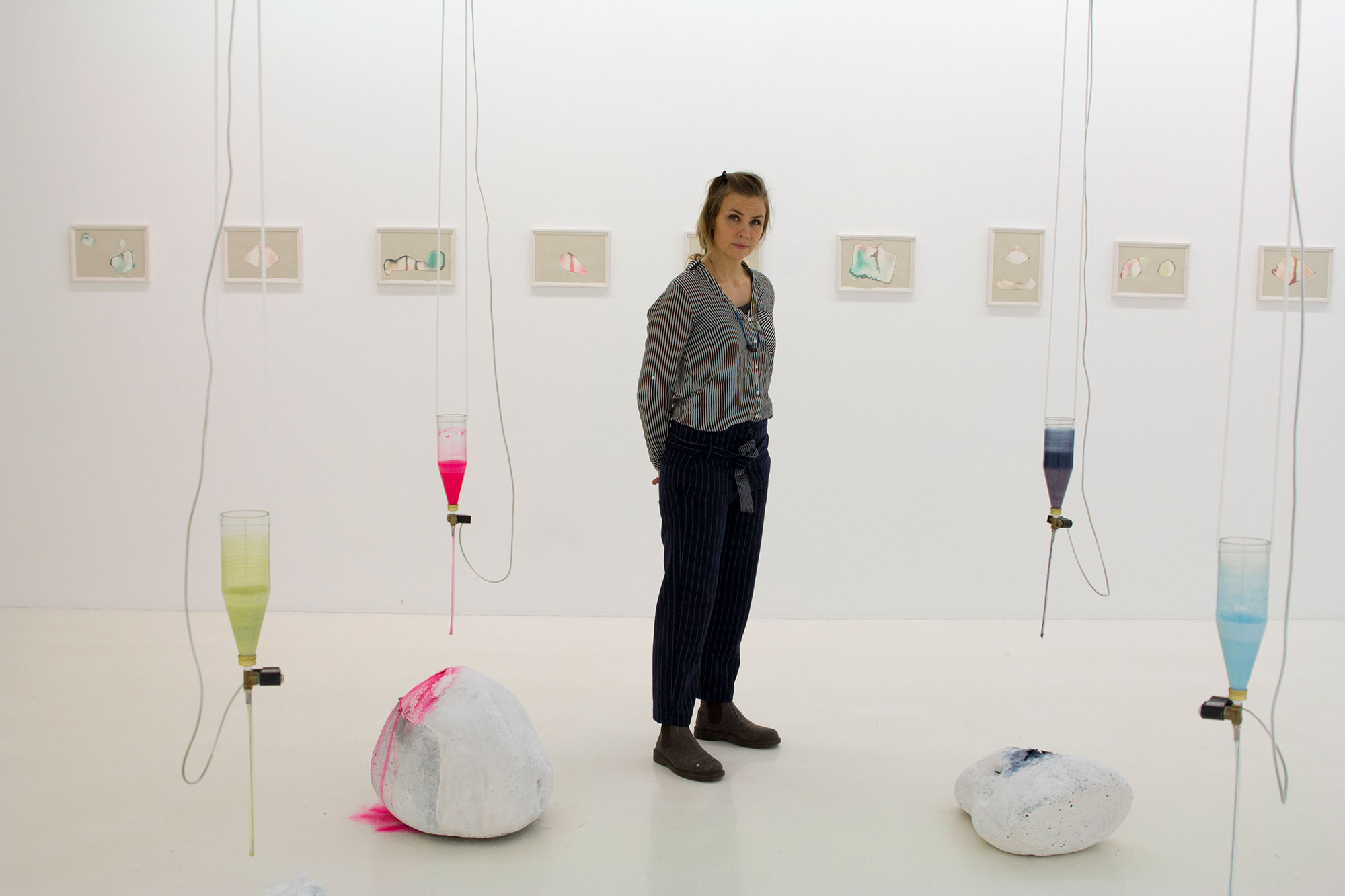 In the Garden of Anna Run

It can be said that “Garden” (“Garður”) by Anna Rún Tryggvadóttir is, to a certain extent, watercolor art. Fourteen bottles, hanging upside down, mechanically release droplets of water color onto rocks treated with salt and plaster. Each droplet then reacts with the surface, transforming it, coloring it, crystallizing it, so that the work is never the same from day to day. “Garden” is watercolor art in which each color scheme is isolated and removed from its context; its effects are to be studied almost scientifically, as in a laboratory. Each drop exists in solitude. Someone looking at the work sees the original surface gradually destroyed, while simultaneously something new is created. And though the work is really a process, it makes us think about nature because it utilizes natural forces—so that anyone who views the work on a daily basis cannot say that one day it is “right” and the next day “damaged.” The piece is always as it should be, and “Garden” demonstrates through its manmade processes that the natural world does not have a single “right” state.

The artwork is ever-changing; it is constantly erasing the existing state and at the same time creating something new. There are no correct interpretations. In fact, the work demonstrates the paradox that figures—from the goddess Kali to the economist Schumpeter—have articulated: the theory of creative destruction. Creation and destruction, life and death, are not contradictory but rather interwoven concepts. Thus, the work actually engages with nature rather than painting a picture of nature. In fact, such a work is just a snapshot of an ecosystem at a particular moment in time. “Garden” captures the essence of nature, the chemical reactions and the breakdowns, wherein nothing in nature is “right.” The beach is the way it should be, just like the mountain and the river, the forest and the desert, the valley and the canyon. All this was something else before the droplets fell from above and transformed the landscape. The gorge was a mountain slope, the glacier drifted down to the plateau and carved a valley under the sea. Everything is subject to continual transformation, continual flow, continental drift, continual decomposition, continual reactions, interactions and destruction. 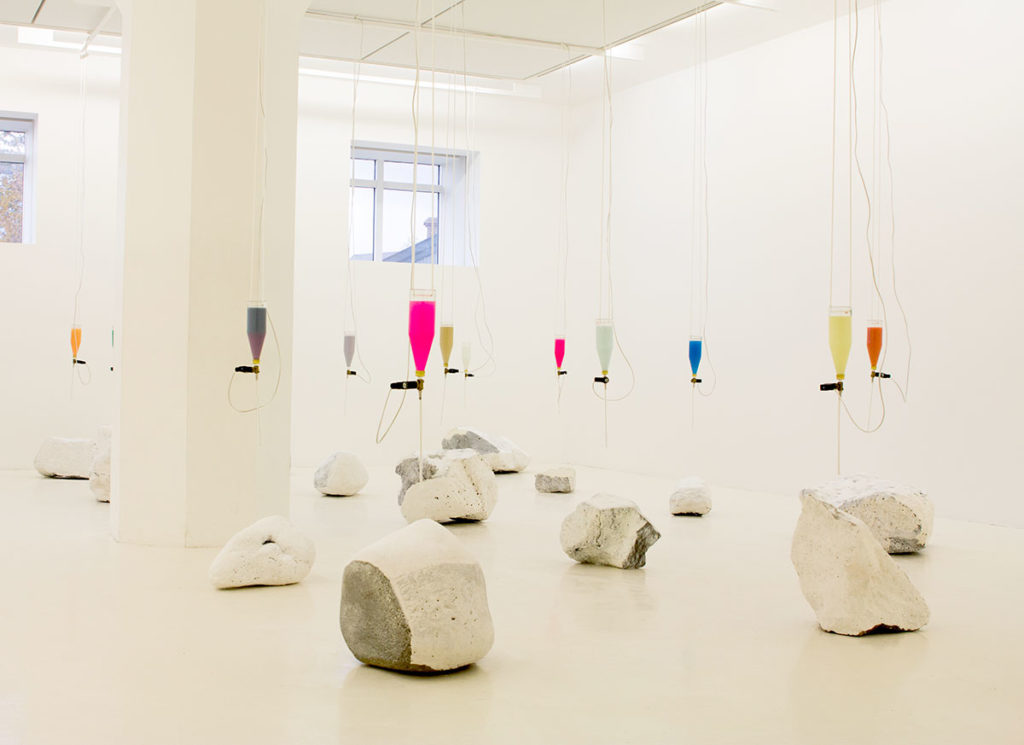 It’s not until Man walks into the picture that some kind of imbalance occurs. The valley will be a landfill, far from being the „correct“ existence, a river will be lifeless, or the hill will become a city, and when it comes to man, nature’s continual transformation—the dual creation and destruction—suddenly are not so obvious or accepted. We stop seeing nature and our life seems to be aching to fight it the destructive side and they become „unnatural“. An old car, a broken television, an unused cabinet, a scratched CD, an old, sick or dead person: these things are ineffective and unnatural in our eyes, we do not see anything new, we only see an imbalance and decay. Suddenly it’s as if the understanding of the duality has been lost. The death side, the destructive side of nature becomes decay, damage, pollution. 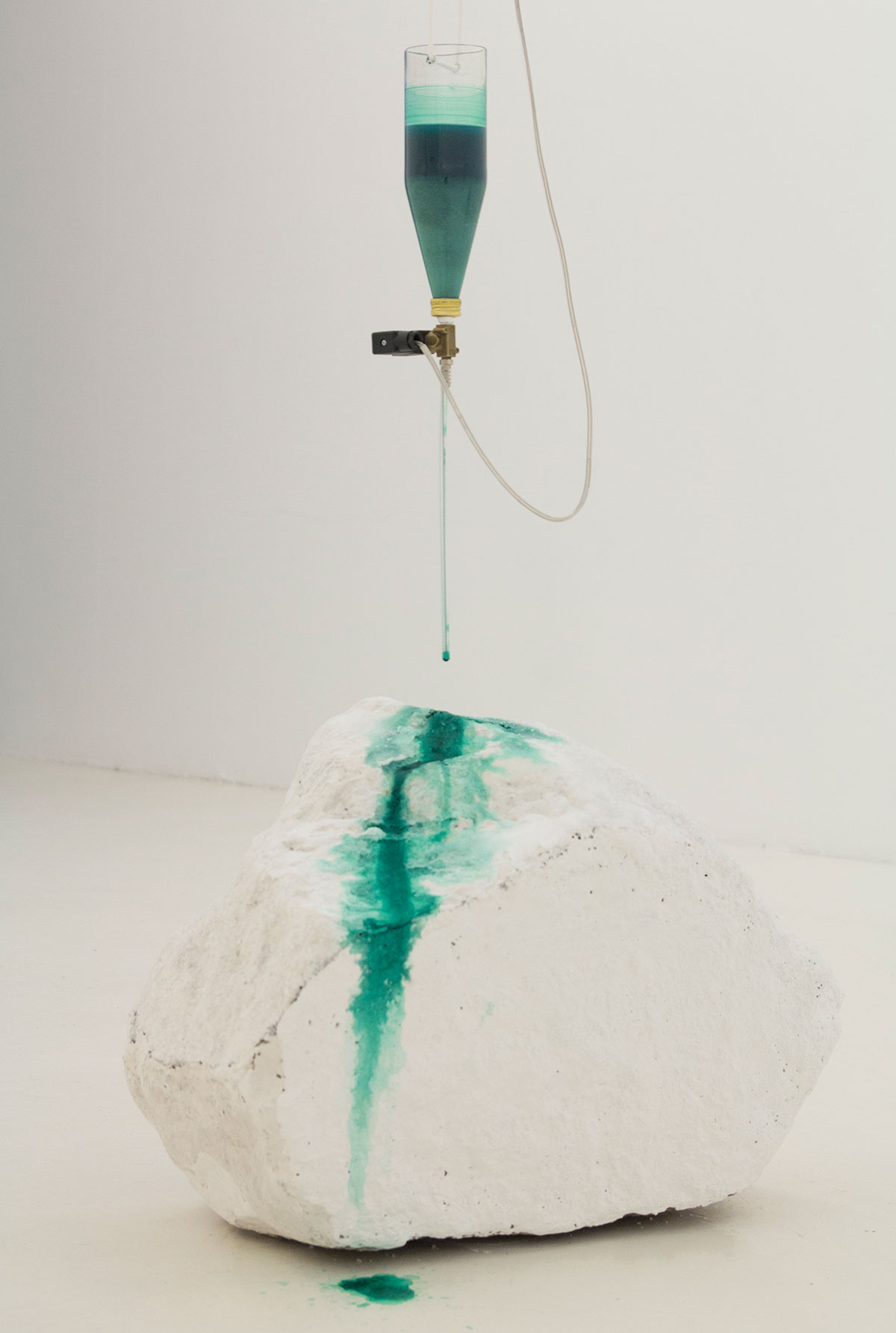 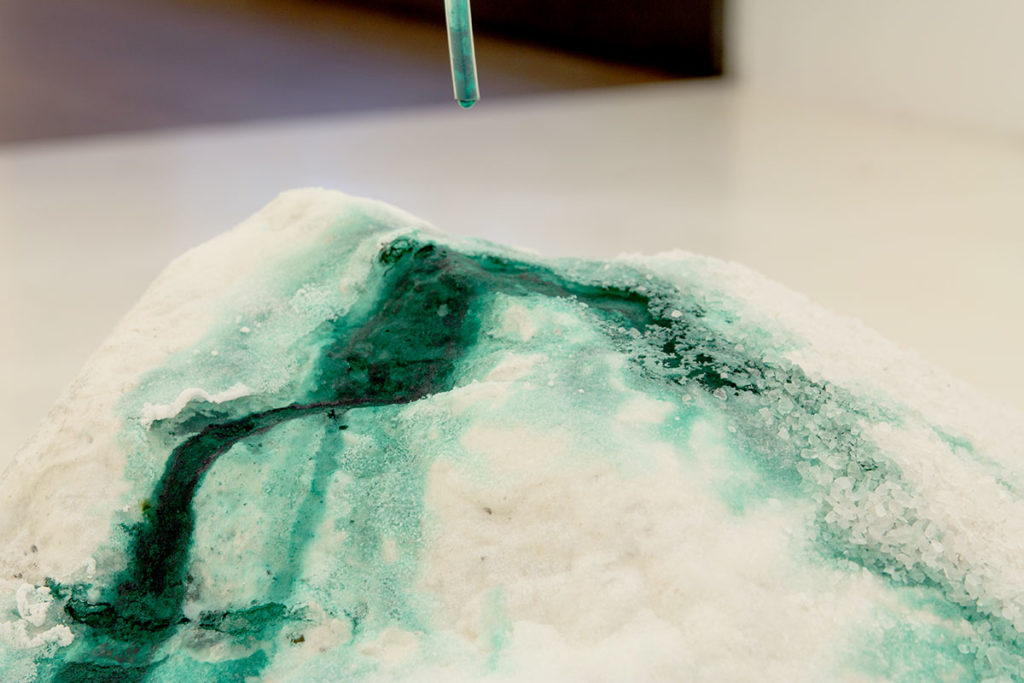 Once one form has changed to another that is really nothing. Thus what man leaves behind is out of balance and it takes more time to understand how the droplet carves the stone and finally reaches a second equilibrium. But if we look at it, “Garden” helps us analyze and evaluate nature’s transformations: the rust that swells on the car’s windowpane, the silicon in the sink, white spots on the battery. It’s like Man has placed himself outside and above this intersection of creativity and destruction, thinking he can devote himself to be only on the side of growth and creation: he lives out a struggle with the destruction, finds material to work on the silicone in the bath, tries to keep the lawns neat and square, keep the destruction and the mess at bay, as if individuals and mankind could build, fix and improve these eternal droplets that fall and clear and carve the stones. 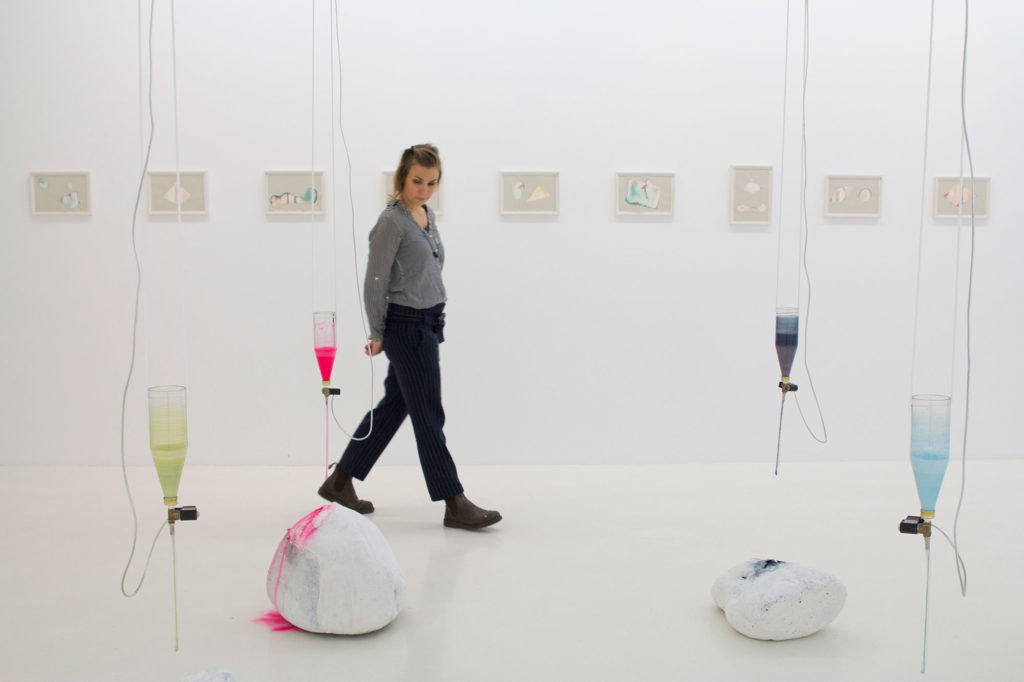 Good artwork helps us understand the world again and thus has always brought us new eyes or tools to handle the world—to perceive it and understand. They sometimes reveal the everyday, the quotidian—whether it is the everyday lava that Kjarval captured, or the Reykjavík that Tómas Guðmundsson captured in his poems, or the packaging that Warhol captured, or how Ragna Róbertsdóttir captured gravel, stones and salt. In Anna Rúnar’s garden, she captures and uncovers what is native to all works of art and all material. She captures the world’s creation but shows us that it is by no means transient, that there is no beginning or end to anything. She facilitates the process so we see it clearly, then perceive and think about the world again with a new perspective.

All our work will be the destruction and the transformation of what is temporary: a watercolor that captures forest and mountain has only taken a snapshot of time, grabbed one droplet in the whole process and captured it, but eventually the painting will yellow, the forest will be transformed and the mountain will erode slowly because of the droplets in the hollow stone, and lines of verdigris flows down the face of the nation’s hero and pollution stains the world’s marble statues, because everything is always in a process of becoming something else, the way it should be and has always been.

Photocredit: Courtesy of the artist.