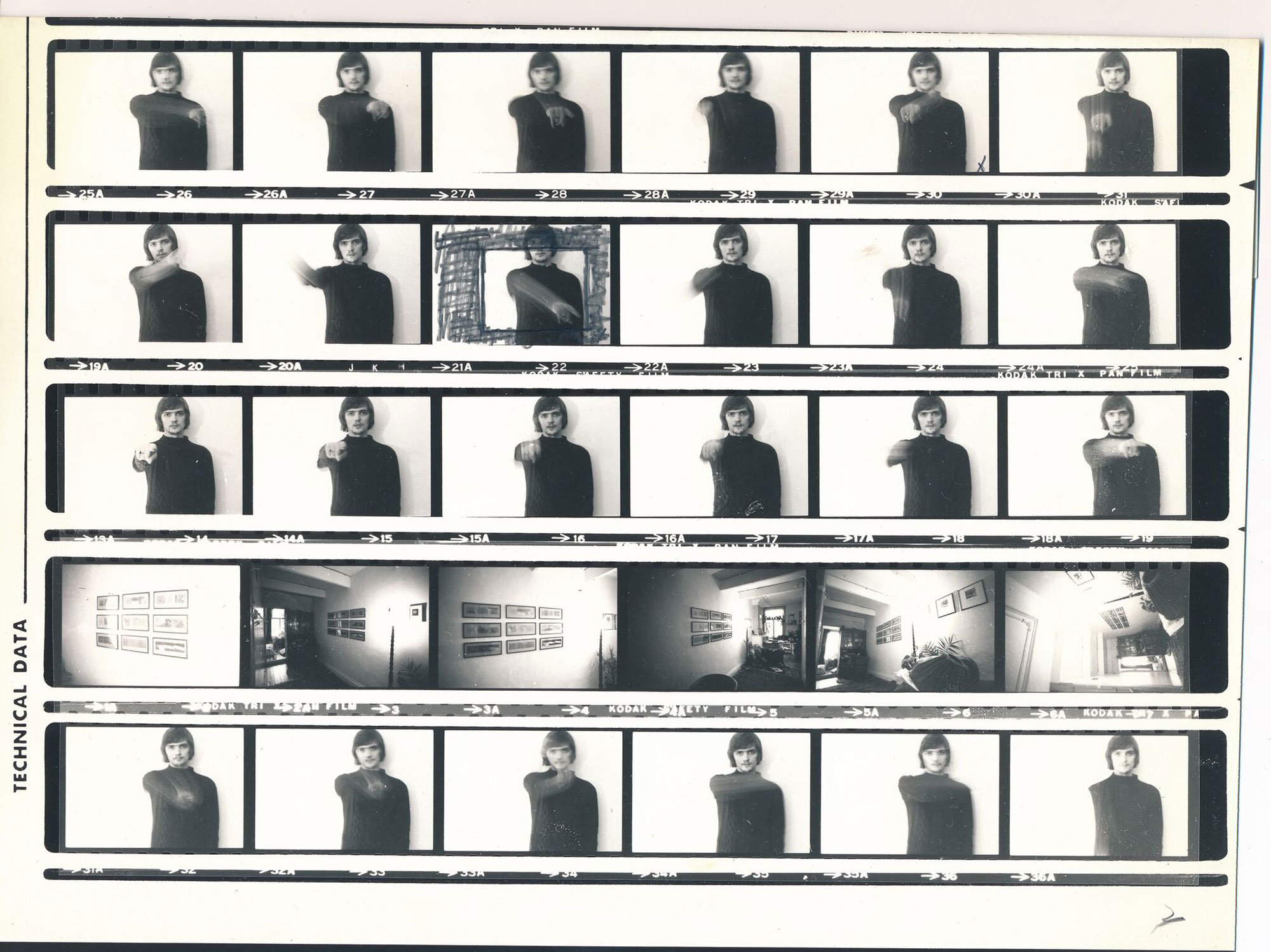 The Living Art Museum is endowed with a large selection of material from the studio of artist Ólafur Lárusson (1951 – 2014). Family of the late Ólafur Lárusson, have gifted the Living Art Museum a large portion of material, spanning two decades from around 1970 – 1990, gathered from Ólafur´s art studio. Amongst this donation is part of the artist´s personal library, his film collection, negatives, slides, photographs, sketches, VHS recordings performance documentation, exhibition catalogues and invitations, artistic research and experimentation, as well as proposals for works in the form of drawings, snapshots and conceptualizations that had never been fully realized.

The Living Art Museum will move their exhibition space to the newly renovated Marshall House in Grandi, alongside Kling and Bang Gallery and Ólafur Elíasson. The new space in the harbour will open with a retrospective exhibition echoing Ólafur´s practice and contribution as one from the young and radical generation of contemporary artists who surfaced during the seventies. It will include documentation of his performance work and other substantial material that had not been shared with the public eye during his lifetime and pull together works from The National Gallery of Iceland and Reykjavík Art Museum, along with those in private collection from friends, family, and collectors. 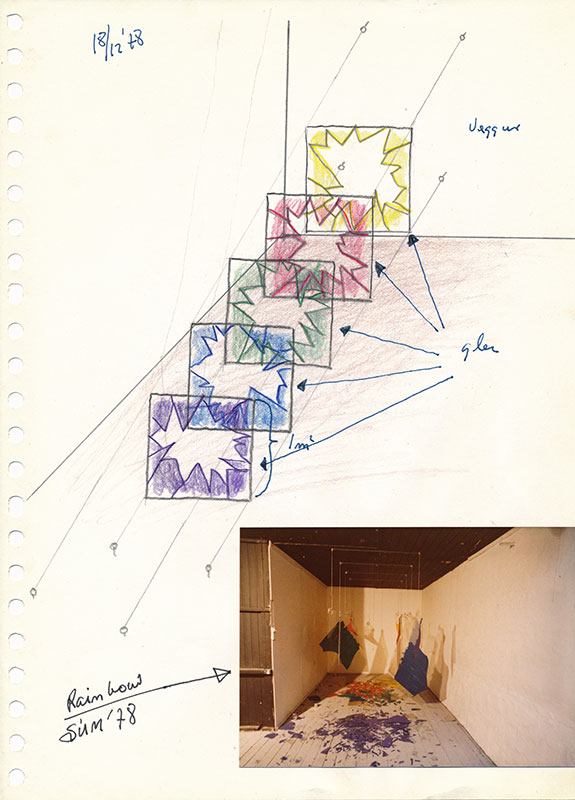 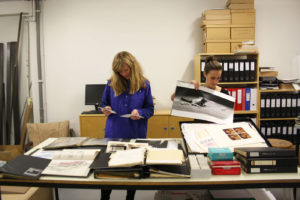 Curators Þorgerður Ólafsdóttir, Director of the Living Art Museum and Collection Manager Becky Forsythe have titled the exhibition Rolling Line, the namesake to a photographic work Ólafur completed in 1975. The artist himself is seen somersaulting through nature within Rolling Line, and the work references the possibility of a continuous line always ending in a circle. This reflection is well related to the core of the exhibition, which aims to shed new light on the process and period of the artist, from 1971 when he started as a student in The Icelandic College of Art and Craft, until the early eighties when Ólafur began to turn away from one of his main mediums, the photograph.

Ólafur Lárusson was born in 1951 and raised in Austur-Meðalholtum, South Iceland and in Hlíðar – 105 Reykjavík. He studied at the Icelandic College of Art and Craft, now Iceland Academy of the Arts, from 1971-74 and subsequently in Haarlem, Holland, where he graduated from Atalier ´63 in 1976. Ólafur was an extremely prolific and productive artist during the seventies and played a key role in shaping the priorities of the icelandic art scene at that time. He was amongst the last artists to be accepted into the SÚM Gallery movement, a founding member of the Living Art Museum, and the first indications of the museum were stored in his studio on Mjölnisholt prior to when the board of Nýló received the facilities at Vatnsstígur 3b in 1980. 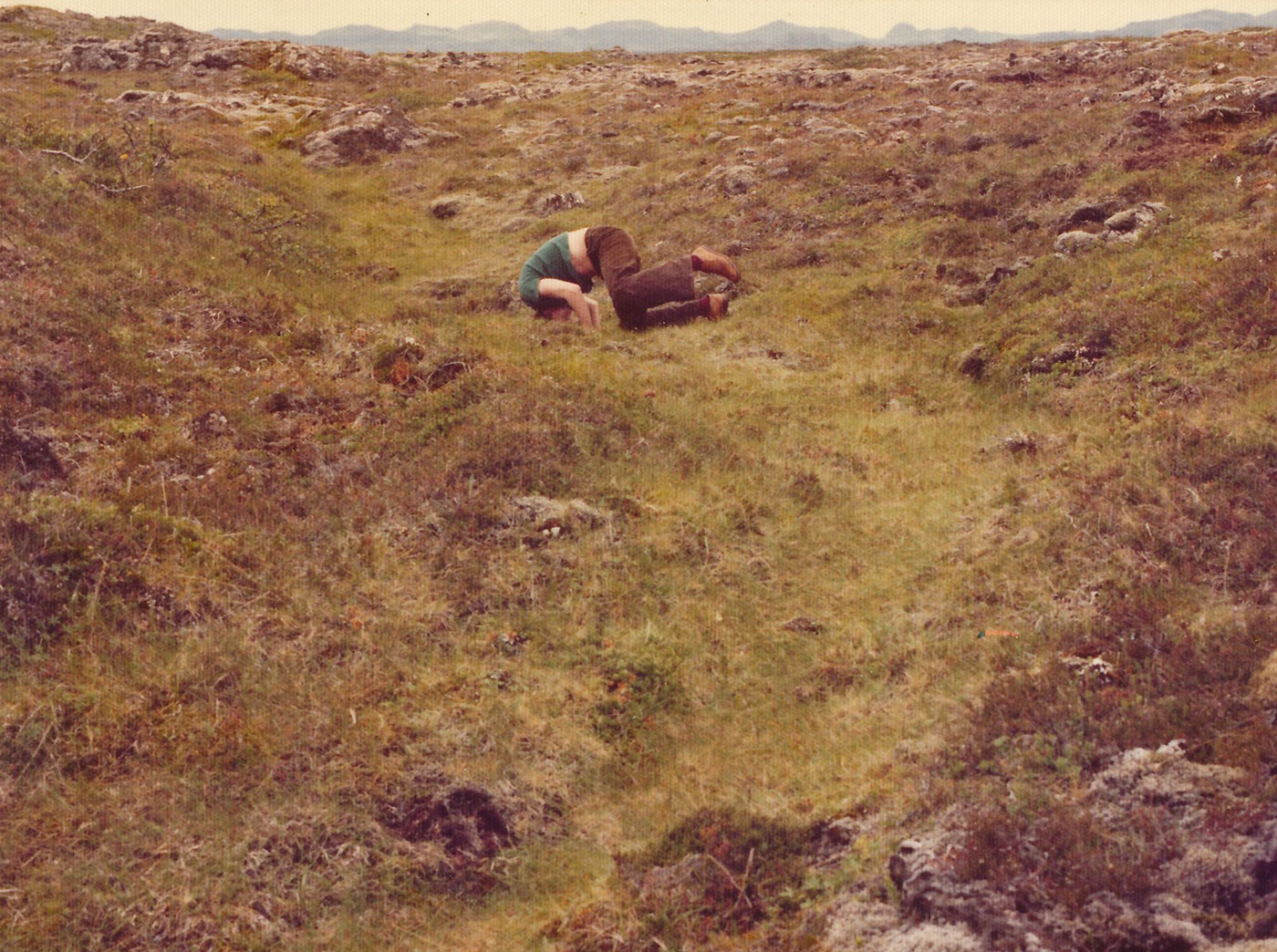 “The gift from Ólafur´s studio, marks a turning point for Nýló and is also an important addition to art history. The archive is the first of its kind to be accepted by the museum, where light is cast upon the life and practice of the artist in such a way. With the family´s donation, video documentation from Ólafur´s Rainbow performance – which was performed in SÚM Gallery in 1978 and had been lost for many years, has now surfaced. The recording shows the artist breaking hanging glass plates that have been painted the colours of the rainbow, with his head – the broken glass swinging back and forth alongside it.

This contribution also strengthens Nýló´s research into collecting, preserving and archiving performance art, and underlines the immeasurable value of the insight provided through otherwise unseen material gathered over time in the artist´s studio; conceptual-work, the process and evolution of artworks, and specific focuses, streams and remains of certain periods.”

Ólafur passed away on December 4th, 2014. On 10th September he would have celebrated his 65th birthday and the museum would like to take this opportunity to acknowledge his contribution to shaping the scene of Icelandic art.

On behalf of the Living Art Museum,
Þorgerður Ólafsdóttir and Becky Forsythe