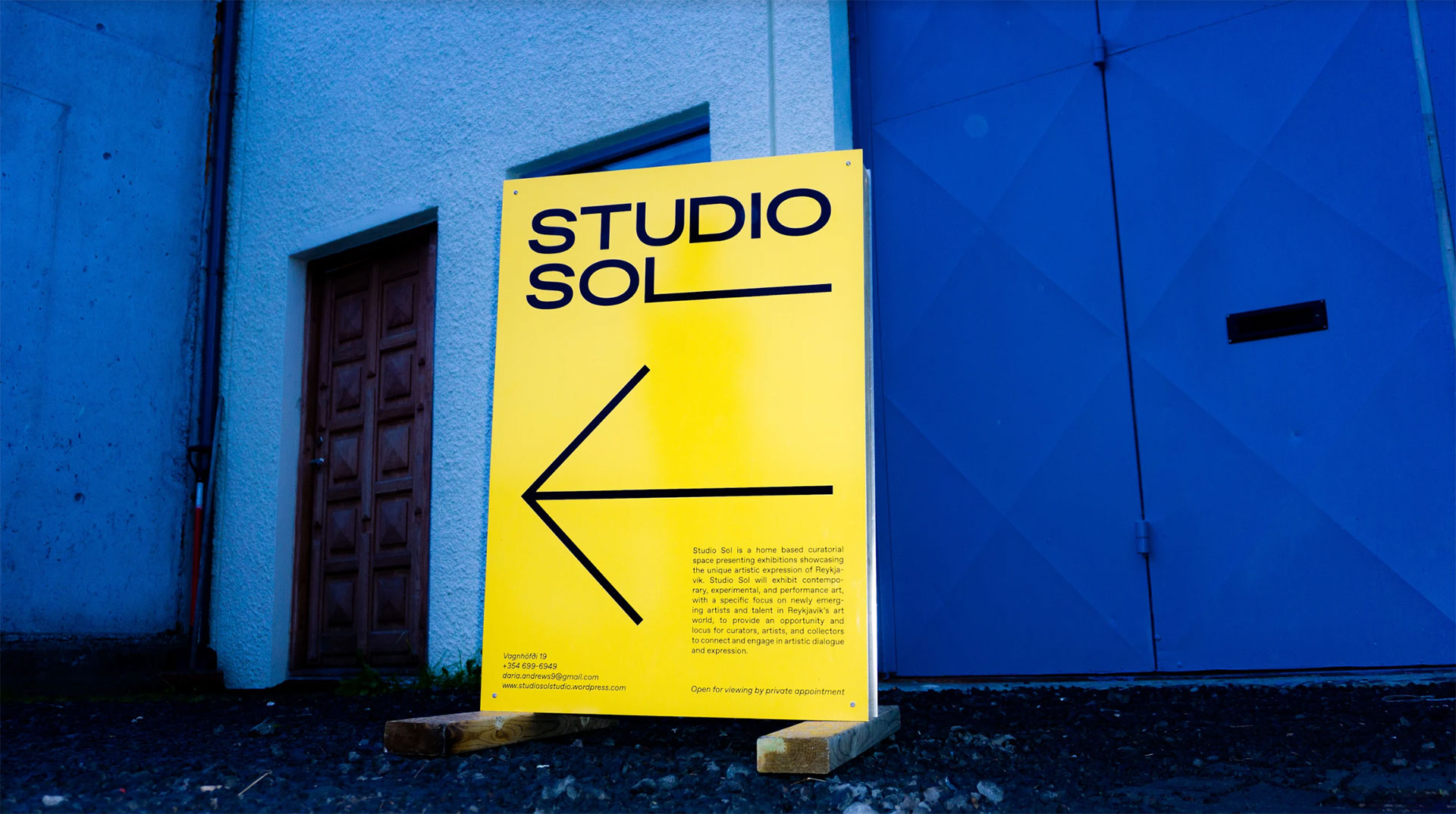 The newest addition to exhibition spaces in Reykjavik, Studio Sol, held its inaugural opening on Saturday, July 28th, 2018 with a solo exhibition by the photographer Nina Zurier. Located in the Höfðabakki neighborhood of Reykjavik, the space brings attention to often overlooked places around the city that offers much more space than the downtown area can provide. The curator of the new space is Daria Sól Andrews who grew up all her life between California and Iceland. She is currently studying in the art curation MFA at the University of Stockholm. Andrews settled in Reykjavik earlier this year, stumbling across a living space where she saw the potential to carry out her long-time plan of opening an exhibition space. As a home-based exhibition space, her goal is to keep the elements of its familial atmosphere instead of trying to fight against that inherent aspect to the space. “The aim,” she says, “ is to embrace the rawness of it being my home.”

“When I started this process I was considering heavily how much I want to veer away from the white cube aspect. I decided to let it fall into place naturally. I’m in Höfðabakki where there are a lot of warehouse spaces and car dealerships with a lot of artist studios popping up, too, however. Many people are relocating here from the center of Reykjavik and because it’s Reykjavik you can’t even call it an outskirt because it’s only a five minutes drive. I want it to have this aspect of allowing people to come out of downtown and away from their comfort zone. I want the space to operate in a mode of open experimentation with artist talks and curator talks and performances as well as exhibitions. It is very important to me that this space functions as not only a familial, community centered space, but a space that opens and facilitates dialogues that this home aspect can be especially conducive to perhaps.” 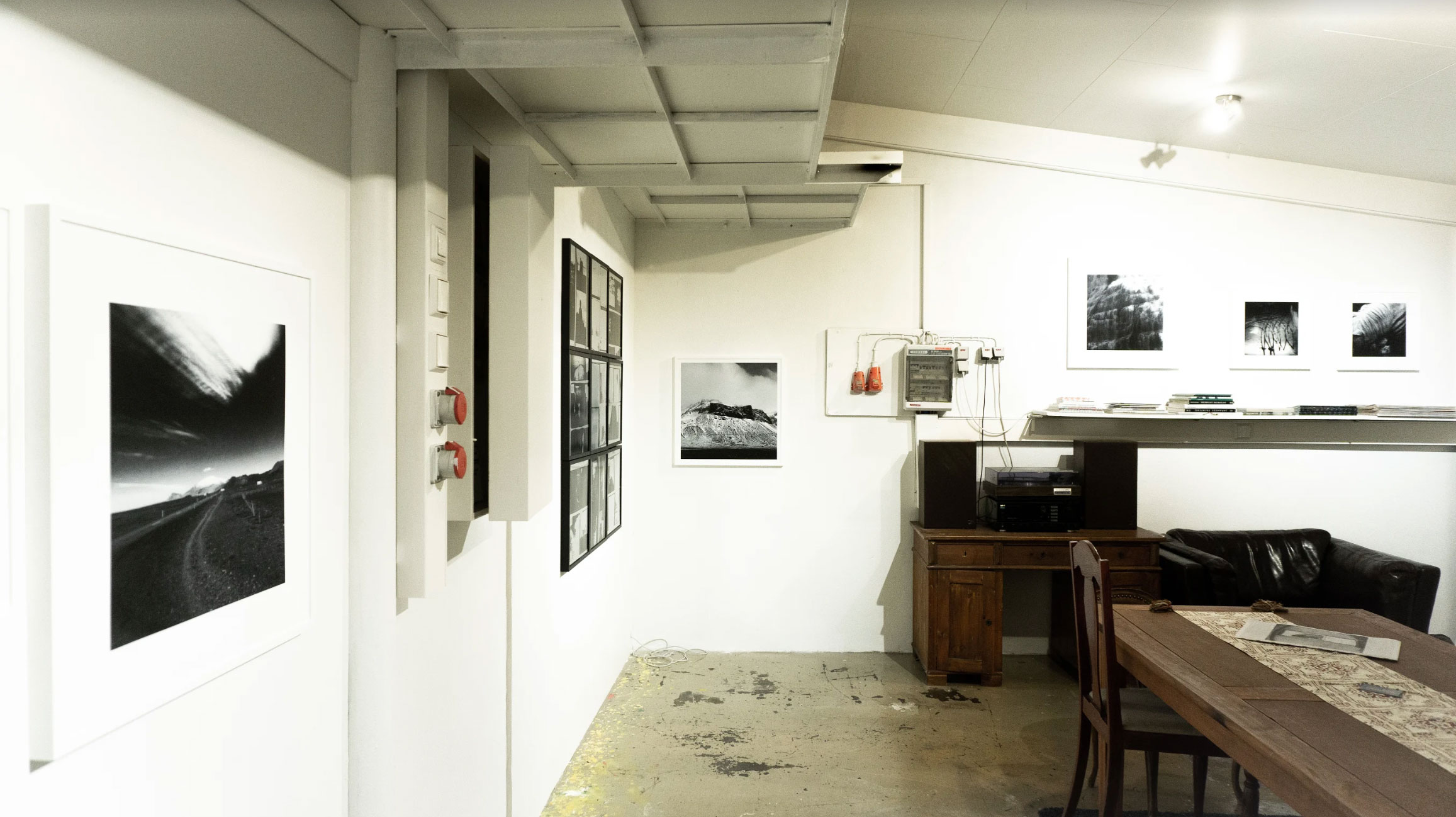 Studio Sol arrives as part of a long history of alternative exhibition spaces in Reykjavik, for example 1hv, or Fyrsta hæð til vinstri (first floor to the left), another home-exhibition space presenting contemporary art in Reykjavik. There was also Gallery GÚLP! In the mid-90’s, which held shoebox-sized exhibitions. There is currently Gangurinn (The Corridor), another small home-exhibition space set in a corridor. There was also Gallery Gestur, which existed in a small silver briefcase, which created the atmosphere of an exhibition opening in whatever space the briefcase was opened. There is also a gallery in a rusty shed, The Shed, which migrates around different inconspicuous locations around Reykjavik.

The opening of Studio Sol presents a solo exhibition by the American photographer, Nina Zurier. Zurier first came to Iceland in 2002, pulled here by a love of horses, and has been living between California and Iceland since 2011. Andrews says her interest in exhibiting Zurier for the opening of Studio Sol stems from the way the artist’s interest in Iceland and her inherent focus on darkness and light in photographing Iceland is also such an important part of being an Icelander. “In this way,” she says, “she straddles two worlds of being a photographer and being an Icelander. Her photographs have this element in which you look at them and if you are from this place or you are familiar to it you just get this immediate emotional memory to it.” The exhibition is titled INFÆDD//NATIVE and speaks to this question of home, roots, community, connection, and cultural memory. The notion of being native is presented as something that can be defined as being situated between that which is known and that which is unknown, an idea that resonates with global current events. 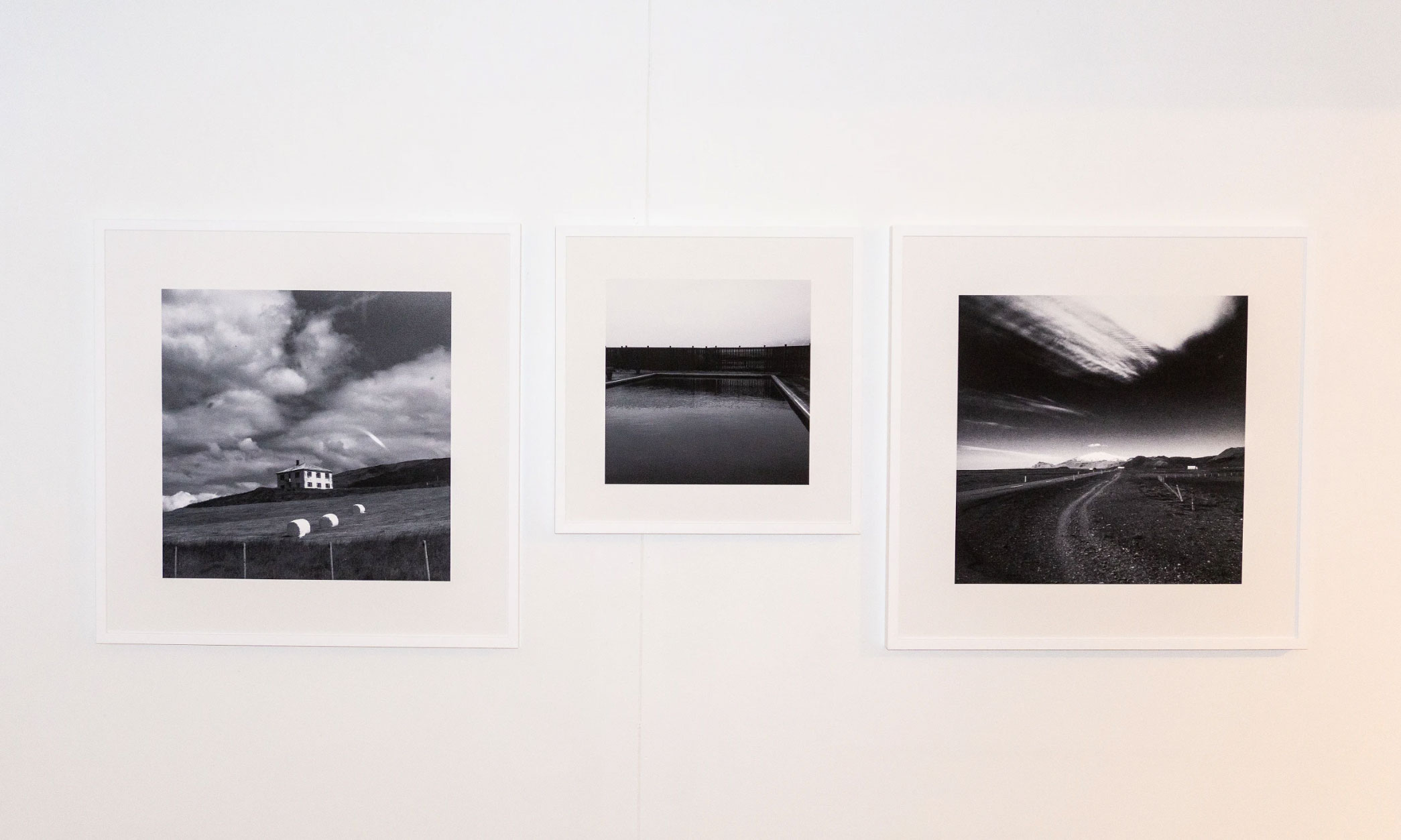 “Making a perfect image is not what I’m after,” says Zurier. “I studied photography in art school but I would like it to be something else. I’m also not interested in documentation or political or social content. So it really is about the image and creating a feeling for the image that I respond to that other people would respond to as well. So my work is sometimes beautiful, but definitely grim and dark. I’m really interested in framing. A lot of the ones in the exhibition are taken out of windows, so I’m very interested in the frame, even if it is not a window. I end up making something that is framing the image.”

The mostly black and white photographs by Zurier capture a feeling for Iceland that is difficult to name, but is expressed completely in the way the Angelica plant is captured bending in the wind and the way the sunlight creates a neon frame of light coming around the drawn shades through the window. In another photograph, the back of a horse’s head leans before you, with a light catching in the parting mane, appearing to pull the horse upwards to the light. Other scenes seem almost more real than memory because the scene is so commonplace; the concrete edges of a pool separating water from earth, a path of folded bracken leading to a low dark forest, child footprints in the snow appear in some kind of order, bird-like, almost a dance. Window reflections become part of the terrain in black and white, a fog that that the light makes part of a natural reflection from the sun. Zurier’s photographs seem to capture the vocabulary of imagery that has been built up in Iceland over centuries, contributing to the way cultural memory is eternally returning as a material form of memory, even in its ruin. In another photograph, there is a glimpse of youth in an everyday scene in which equipment becomes words in the landscape – set starkly into the lay of the land.

Nina Zurier is an artist living and work in California and Reykjavík. Her work includes books and installations of her photographs as well as projects involving images from archives and other sources. Several years of research in the Reykjavík Photography Museum’s archive resulted in the book Ef ég hefði verið… Reykjavík 1950-1970, published in 2015 by Crymogea in Reykjavík, as well as an exhibition and large-scale artwork made up of small details from the archival photographs.

The exhibition INFÆDD//NATIVE will be on view from July 28th until September 15th, 2018.