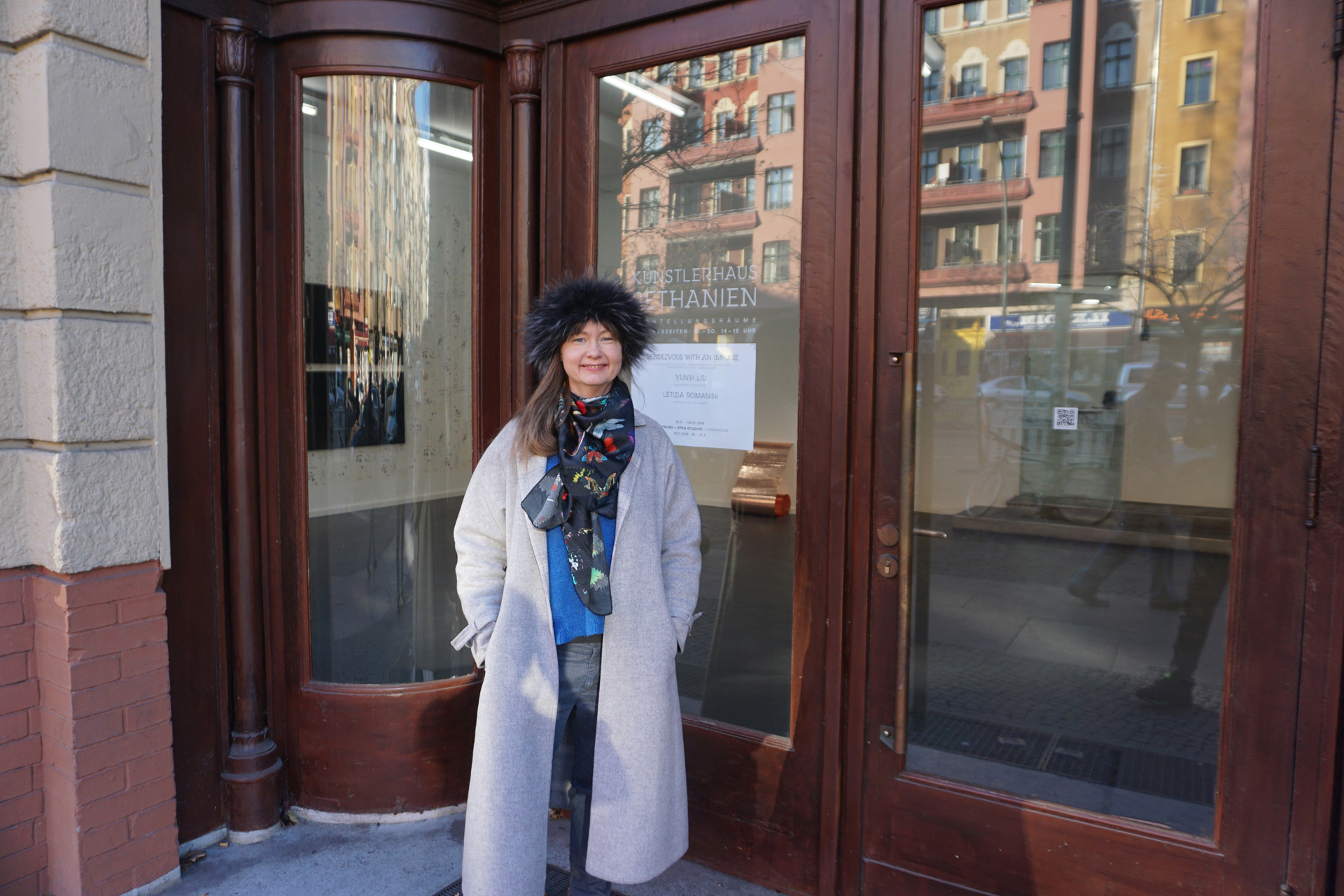 There are few artist-in-residencies geared at taking emerging contemporary artists to the next level in their career and even fewer that make good on that promise. Since 1975, Künstlerhaus Bethanien in Berlin has been the exception that confirms the rule. Artists from all over the world work in its studio spaces in Kreuzberg. Most studios are linked to a given country (Canada, South Korea, Netherlands, etc.)., but this year’s Icelandic artist Hulda Rós Gudnadóttir, like most of the previous contemporary artists with ties to Iceland, Egill Sæbjörnsson, Erla S. Haraldsdóttir, and Ólafur Ólafsson & Libia Castro have previously occupied the independent artist studio, occupies a “nationless” international studio in the Bethanien program.

A privilege afforded to artists who participate in this residency program is the opportunity to exhibit in its state-of-the-art gallery adjoining the studios. This presentation, combined with studio visits by curators and art theorists, not to mention the more relaxed, public Open Studio nights, offer early- to mid-career artists like Hulda Rós an entrée into Berlin’s contemporary art scene.

I visited Hulda Rós in her studio at Bethanien and she walked me through the preparations and the concept of her upcoming solo exhibition titled All Is Full of Love but the title is a reference to a lyric by singer Björk Guðmundsdóttir. scheduled for January 2019. In response to the continued growth of the tourism industry in Iceland, Hulda Rós plans to install a three-part immersive work based on her long-term interests in the fishing industry, the post-colonial experience particular to Iceland, and the Atlantic puffin (Fratercula Arctica), a rock-nesting arctic bird with a large distinctive beak. 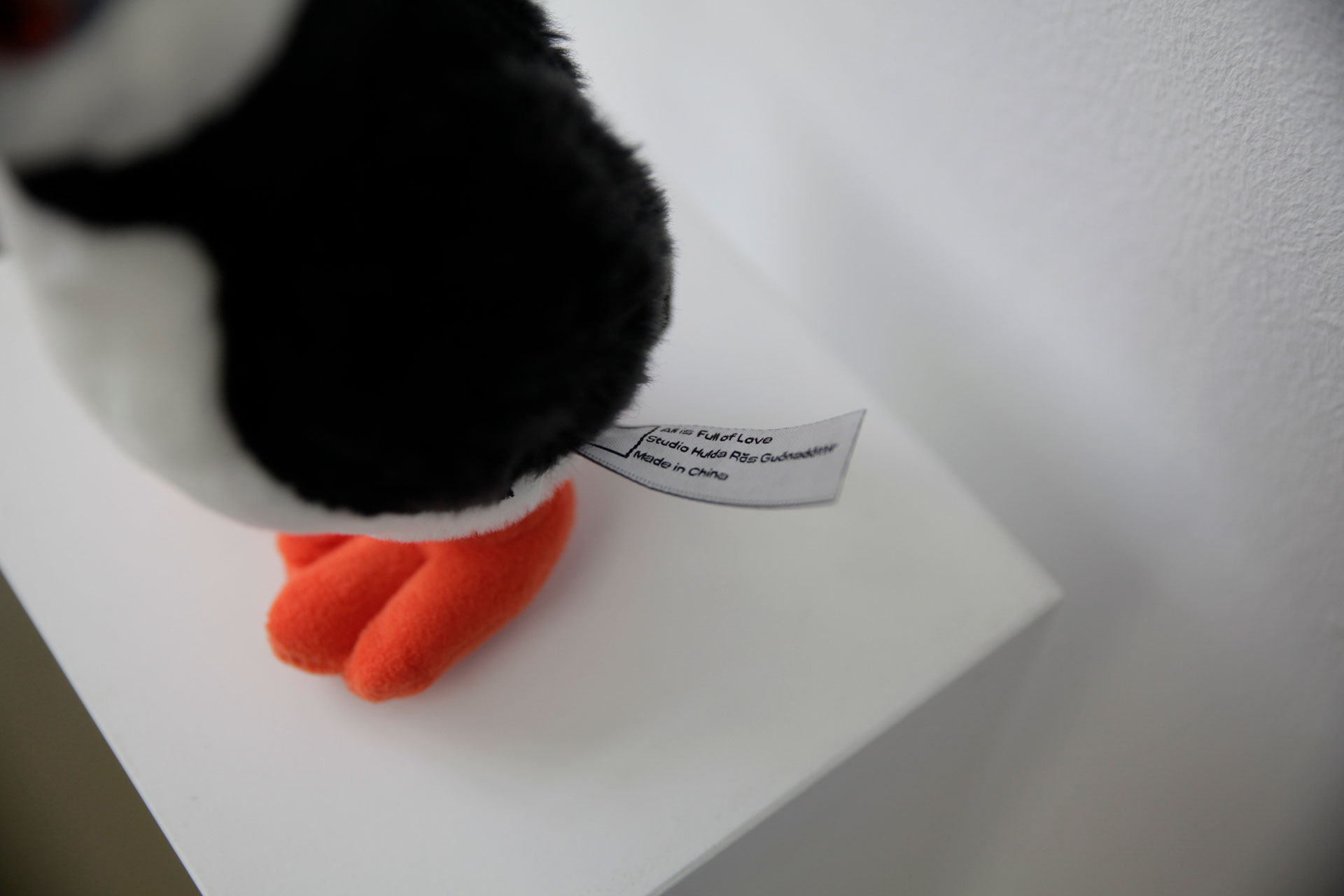 All is full of Love – Studio Hulda Rós Guðnadóttir. Curtesy of the artist

The first part will consist of a “Puffin Shop,” the kind of souvenir store now inescapable in downtown Reykjavík. However, in the iteration Hulda Rós is creating for a Berlin gallery setting, the 3,000 soft multiple puffins will not be for sale. Instead, a limited edition of 30 of the mass-produced birds titled PUFFIN LOVE is already available through an online crowd-funding platform. This is the vector for distributing the work. The sale of the limited-edition birds with the label “all is full of love 2018 / Studio Hulda Rós Gudnadóttir / Made in China” is intended to fund the minimum order of 3,000 stuffed animals the artist purchased from online retailer alibaba.com.

With this work, Hulda Rós is undermining ideas of exclusivity and value that the art object generally represents. Her main tool is the World Wide Web, more precisely the access it provides to Spring Xu, Sales Manager at the Chinese manufacturer Shanghai Xiyuan Import and Export Co. Ltd., as well as to the diffuse group of individuals who follow her activities in the art world and might purchase the limited edition.

One could take the view that what Hulda Rós makes would be as if Marcel Duchamp had made a soft version of his “R. Mutt” urinal from the 1913 Armory exhibition and sold it before the show opened. Soft sculptures were famously championed by Claes Oldenburg for his Store (1961–62) on the Lower East Side of Manhattan, ( See Claes Oldenburg’s Store Days (New York: Something Else Press, 1967).) as well as for his later oversized objects. In Hulda Rós’s puffin, the hand of the artist is absent—as in the classic Duchamp ready-mades of the bottle rack and the snow shovel known as In Advance of the Broken Arm (1964). This ready-made of an endangered bird and popular souvenir of Iceland turns into a collectible item in the exhibition.

The second part of the immersive exhibition experience might include a single-channel video called Material Puffin, in which the artists revisits a work from 2006 titled The Artist as a Puffin. In it, she is clothed in a pink or salmon-colored dress and wearing a large puffin mask. In the video, the puffin wanders around the downtown harbor area of Reykjavík and plays with remnants of the tools of the fishing and seafaring industry. 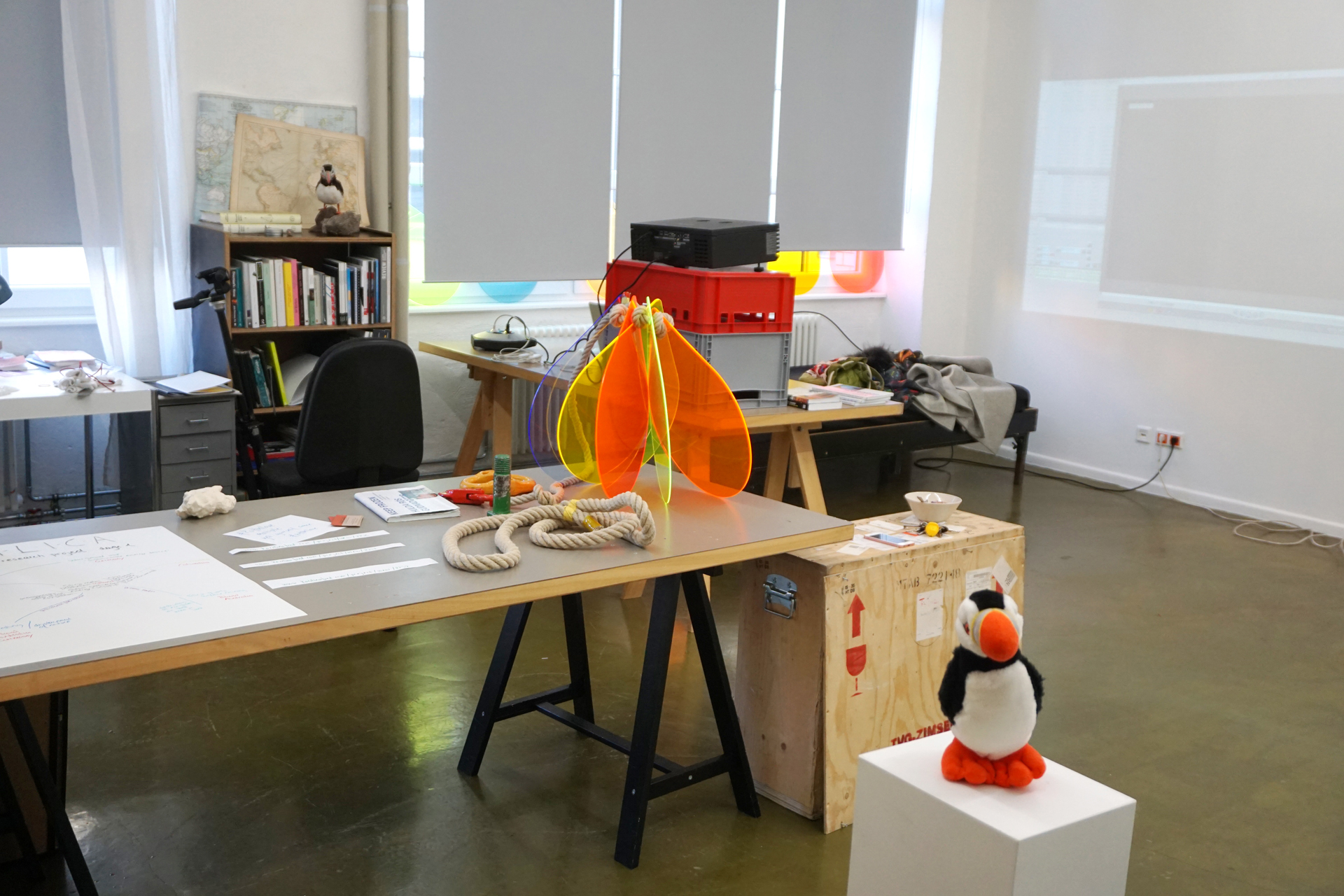 From the studio. Photo: Craniv Boyd

The third and final section of the exhibition will confront viewers with what the artist believes to be the Golden Calf of today’s Iceland: a fishing trawler. A scaled model of a freezer trawler covered in gold leaf, an allegory of the fishing industries, will be shown in the upstairs gallery, before visitors discover an updated version of Labor move, a three-channel video installation. This video uses striking chiaroscuro lighting, which would not be at odds in a Caravaggio painting, to show Icelandic laborers reenacting the process of moving and stacking boxes of frozen fish.

The upcoming exhibition of Hulda Rós Gudnadóttir promises to be insightful comment on life in our globalized supply-chain economy. By starting from her personal and local experience, Hulda Rós formulates a critique of the ongoing processes of ethnic branding and ethnic marketing (For essays about the commodification of ethnicity in the neoliberal world, see John Comaroff and Jean Comaroff, Ethnicity Inc. (Chicago: Chicago University Press, 2009).) prevalent in Iceland and many other parts of the world.