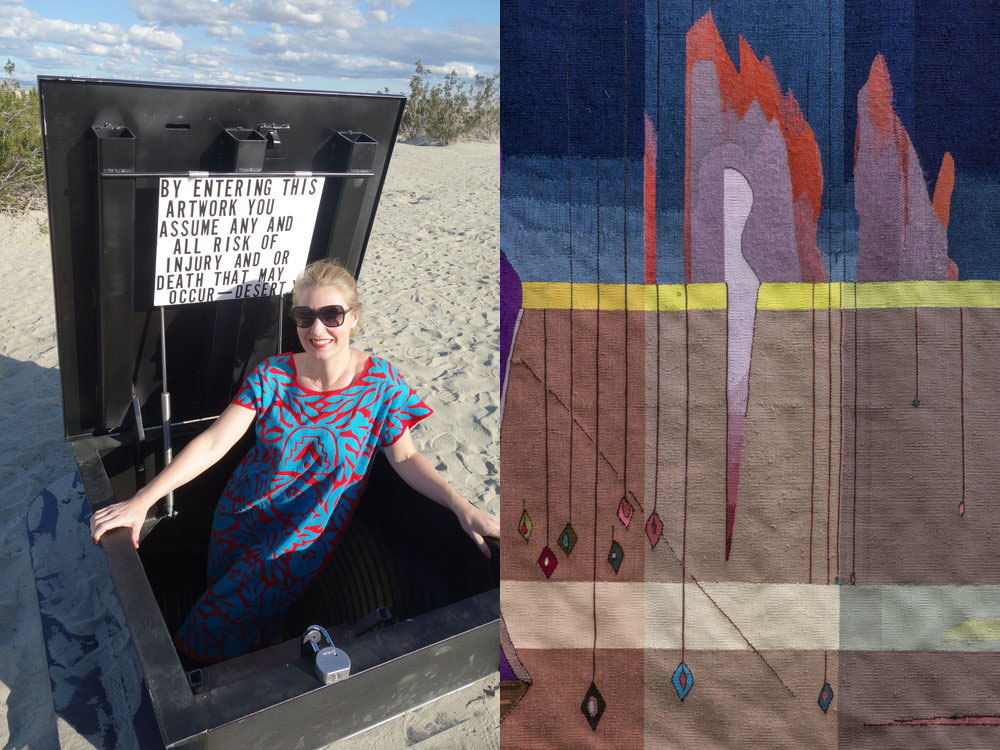 In 2001, when Danish curator Aukje Lepoutre Ravn began studying art history at Aarhus University, the notion of the independent curator wasn’t yet on the radar in Denmark. In fact, there were no curatorial programs available, a condition familiar to students of art and art theory based in Iceland. This fall, both Aukje’s home university and The University of Iceland coincidentally will be launching brand new MA programmes in curating, thereby finally responding to a growing local need for higher education in the field. I first reached out to Aukje before news of both programmes had reached my ears, because I was curious to find out how an art historian, such as herself, found her way into today’s vivid role of the independent curator.

After completing her studies in 2008 Aukje has curated various contemporary art exhibition, discursive programmes and festival formats both inside and outside of Denmark. Before pursuing the flexibility of a freelancer, she has held the position of head curator at Röda Sten Kunsthall in Gothenburg, been one of two artistic directors of the GIBCA Göteborg International Biannual and served as the artistic director at Cph Art Week. When I got a hold of her she was in the midst of the process of organizing danish artist Kirstine Roepstorff’s current exhibition at Kunsthal Charlottenborg in Copenhagen. In her own words, Aukje has throughout her career experienced a shift from not having any terminology about curating at the start of her education to about five to seven years ago where the term “just exploded in our faces”. Since our first conversation, me and Aukje have once more continued our talk, about her first steps into the world of curating, her methods, views on the phenomenon as well as reflections on the need for an academic platform for curation.

Aukje: I am a classically trained art historian – but one that is interested in contemporary art. Because of that I’ve found my way into whatever role I think or feel that a curator is today. My whole process has really been self-taught in that sense.

Sunna: Could you tell me a bit more about that process?

Aukje: During my education I spent a lot of time in New York, taking courses and doing internships. Back home I was taught to be a mediator of the artist and the artist’s idea but in New York I observed that there was a completely different rhetoric, terminology and awareness evolving around exhibition making than in Denmark. I learned that there was actually something called an independent curator, where you are not necessarily just serving an institution that oblige you to do certain things. I saw that within this independent curatorial position there would be ground for choices and ideas to develop that could come directly from oneself. Today I see the role of the curator much more as someone that’s both the artist liaison as well as presenting own agendas.

Sunna: So is that how you perceive your own curatorial role?

Aukje: Yes. Whatever curatorial idea I have – it’s always informed by the work of the artist. On various levels. Wherever I go, I look for ideas to put into my curatorial practice by visiting institutions, seeing different places and making sure I get to meet local artists. I try to orient myself as much as possible towards topics which are currently circulating – not only amongst artists but other disciplines as well.

Sunna: Yes I’ve noticed that you work with many artists who can be described as cross disciplinary. They not only work with different mediums but their work could also be categorized within the frameworks of others disciplines, such as design, architecture or something completely different. For instance Pinar Yoldas, whose work places itself on the borders of art, architecture, science and technology. Could you elaborate a bit on your decision to work with these artists?

Aukje: This is something I find very interesting. Today, most artists don’t really care that much about disciplines. The artists who are currently educating themselves don’t usually identify with the character of the painter, the sculptor or the photographer. They don’t yield to identify as multimedia artists either. Actually they kind of fluently transgress these formats and descriptions that us art historians and institutions have come to apply upon them. For our convenience. Artists are naturally crossing and dissolving that others might see as boundaries. We have to start being less focused on this notion of disciplines within the art schools and the terminology that we are using. We are beginning to see more and more cross-disciplinarian practicians that are not just subjects of the aesthetic fields, but the wider scientific ones. Working with biologists, other kinds of scientists, with economists. You know, other fields that are basically important and defining for whatever contemporary society we are in.

Sunna: Does that relate to the themes of your curatorial projects which often revolve around political matters, such as decolonisation and the anthropocene?

Aukje: Well, as a curator I never just decide: “Ok Next project, I wanna work with gender equality. Start!” The process is not like that. For me it’s about trying to dissect the sum of what topics are currently circulating. There are so many discourses going on today, simultaneously! One of the most challenging things of curating, I think, is to fixate your focus. Not let yourself be too distracted by everything else going on, but staying with one core question and really explore it. That’s one of the reasons why I made this curatorial program at Röda Sten Konsthall in Gothenburg addressing the impact of the anthropocene. That was something that came about because I sensed through a lot of previous conversations I’d had with artists over the years that this was what they were becoming more and more interested in: Human relationship to nature, to technology and how those two phenomenon sort of intertwine and contrast.

Sunna: Well, it seems to me that your approach to exhibition making reaches beyond the academic tradition of art history.

Aukje: I’m not really thinking a lot about it like that. I’m not trying to go beyond or step aside as such. I just do what I think makes sense and try to trust my intuition. But if you take for instance the exhibition format, what is that? Is it just a tradition of display of art works throughout art history? Yes, but is also so much more. Art history has shown many, many times that this idea of a standardized exhibition format is impossible. Everything is relational. The place, the space, how the artwork resonates within these elements. My starting point is always the artists idea of their work and thinking about how to present that the best way possible – with whatever means you have. Another thing is anchoring your practice within the contemporary society. I recently came home from a two-day workshop on the exhibition as a ritual in connection with the ARCO Art Fair in Madrid. In the secularized society here in the northern countries, there is hardly any religion that binds us together. And we take pride in distancing ourselves from belief. The effects of non-belief in society is causing a lot of segregation. The notion of ritual is something that you connect to some ancient practise. Today we have the community versus the individual. For flock animals such as ourselves I don’t really think that individualism is a natural phenomenon. So I’m thinking a lot about how we can be making new rituals bringing us together, bringing us closer to nature, within the secular society.

Sunna: So as a self-taught curator, what do you think is the biggest asset to gain from these new MA curatorial programmes, for students interested in working in this field?

Aukje: It is great, that students interested i this field, are now able to study the history of curating and exhibition making from the perspective of the exhibition maker rather than from the viewer. And really get into depth of the theoretical and critical thinking foundations that have shaped how we understand curatorial practice today. I have sometimes missed having this foundation in my own practice. But at the same time I do think that curating is just as much about making practical and aesthetical decisions on site, with the artists and together finding the best ways to communicate the work. From the curatorial perspective, and my own experience, I love when curating becomes this very fluent and organic process, where you never really know for sure what the end result will be.

Sunna: Last question, as an inspiration for upcoming curators. What’s your vision for the role of the future curator?

Aukje: I would love for the curator to gain a stronger political position within our society. As instigators, opinion makers and critical voices. Today, the field of contemporary art in Denmark does not have a strong priority within cultural politics in general. It is looked upon as “dressing”. I find that extremely discouraging and a missed opportunity. When working with contemporary art – a field where you find so many inspirational and creative ideas being shaped and formed – you want it to be recogniced as something valuable within society – something that a larger audience can learn from and be inspired by.

Photo credit: Image to the left, courtesy of Aukje Lepoutre Ravn. Image to the right is a detail of  Kirstine Roepstorff’s work. Courtesy of