A ‘site-specific play’ by Anne Rombach 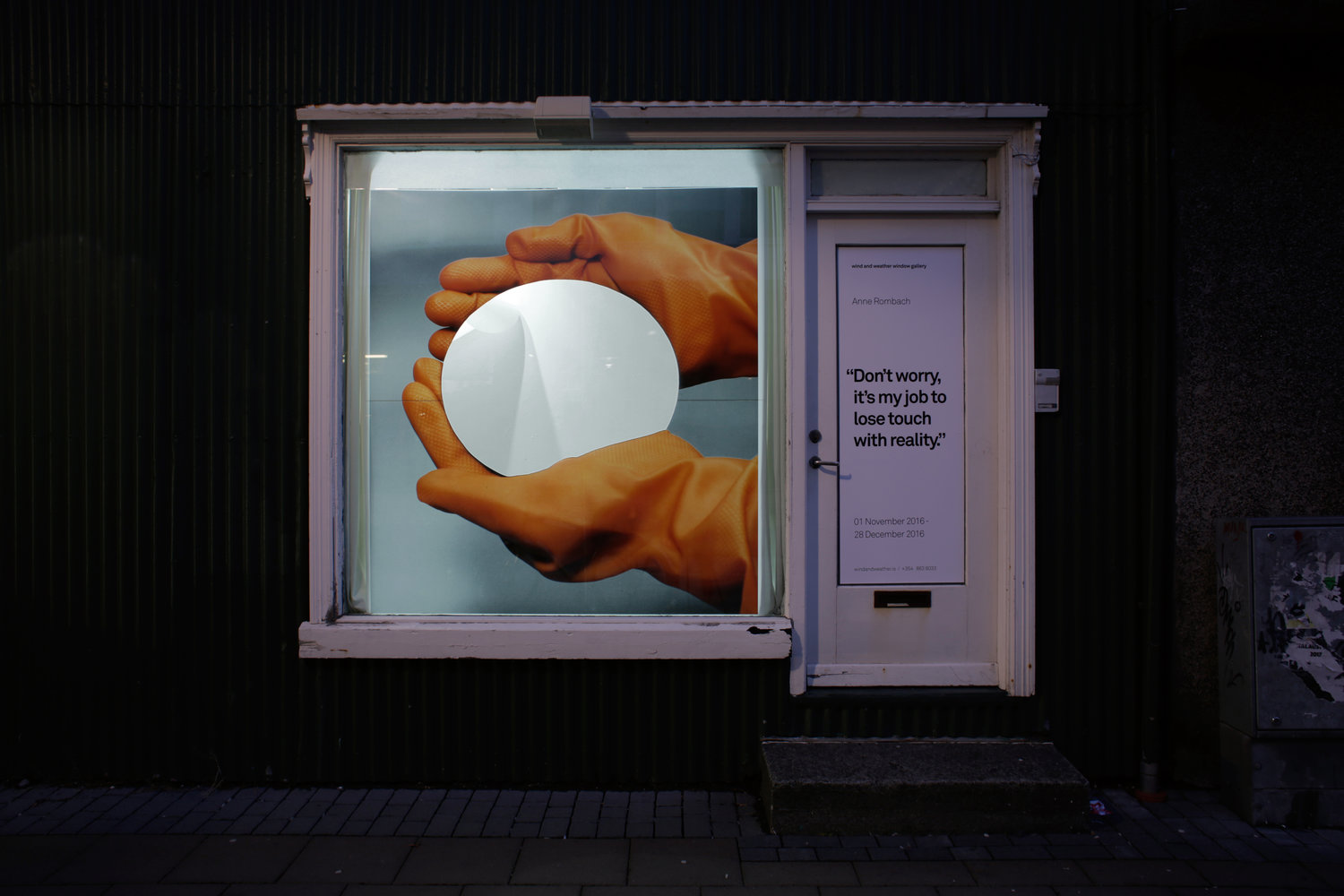 A ‘site-specific play’ by Anne Rombach

Now on display for the months of November and December at Wind and Weather Window Gallery (Hverfisgata 37) is a ‘site-specific play’ by Anne Rombach who graduated earlier this year from the MA in Fine Art at Listaháskoli Íslands. “Don’t worry, it’s my job to lose touch with reality” asks questions about the role of the artist in society with the consoling yet flippant title suggesting the multitude of realities to advocate.

The potency of the self-titled ‘site-specific play’ is in turning the quotidian reality on its head. All of the events that have taken place both locally and on the world stage since the opening of Anne’s exhibition seem to play into her reality equation. Perhaps as the lines between the ‘everyday’ reality and the reality of the media are blurred, it is the role of artists to remind people how to differentiate and find the real in a sea of imitations and simulations. In the window, a pair of orange rubber gloved hands cups an empty space that reveals a curious fold of white paper in the exhibition space behind the window. Is the artist’s job like that of a scientist, to bring minute, mysterious specimens up to the light of the world whether that be infinite nothingness or the reflection of a passersby on the street? In this way, the exhibition becomes the ‘play’ in which we participate everyday.

The artist remarks that she was immediately drawn to the found image and its contradictory nature: “…orange gloves holding something very carefully, this something seems to be very precious but dangerous at the same time. They want to hold and show it, but they also have to protect themselves, their skin, from it. Soon I lost interest in what they were actually holding; it became a blank page to me. I was drawn to the wonderfully paradox gesture of the two hands covered in gloves. I found more pictures of that kind and cut out whatever they were holding. Even though the ‘main actor’ vanished operated by my amputation, it felt like they are holding something much bigger.”

“In the window gallery I show the moment of the vanishing blank page,” she continues. “You see two hands covered with orange gloves palming a hole through which you can look inside. In the space you see something hanging there. It is the cutout piece that is disappearing through the wall, escaping maybe. It is caught in that transitional moment, a bit like a photograph. I extend the moment of a fluent passage into a 2-month installation.” This transitional moment is where the multitude of realities touch in Anne’s ‘play’. According to the self-talk that inspired the title, touching reality and losing touch with reality are part of the same act.

The exhibition will close at the end of December 2016.