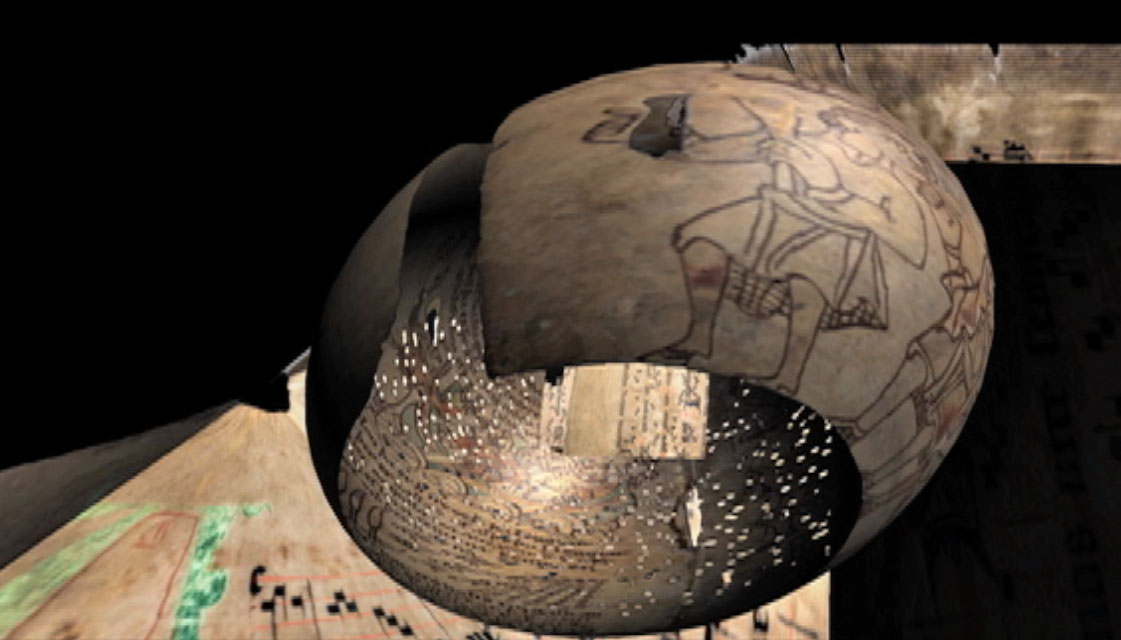 In Points of View: A Journey Through the Visual World of Iceland, six cultural institutions in Iceland collaborate in providing a journey through the nation’s visual culture. The exhibition at Safnarhúsið on Hverfisgata reflects the research of each institution and lasts for one year. On view from April 18th, 2015 to June 4th, 2016 was Steina’s video installation Pergament / Bókfell which draws parallels between the history of the written language and the aesthetics of digital code. These parallels are visualized in two installments of approximately 20 minutes of digital video manipulations. Conceived in collaboration with the Vasulka Chamber at the National Gallery of Iceland and the Árni Magnússon Institute for Icelandic Studies, Steina takes manuscripts written as early as the 9th century into the current dialogue of digital literacy.

Steina (b. 1940) has been working with the moving image for nearly five decades. Her life work, along with her husband and collaborator, Woody Vasulka, helped to establish video as a viable artistic medium, expanding the boundaries of video technology and electronic imaging. ‘Pergament,’ the Latin word for parchment, is as much about the history of linear thought being mediated by technology as it is about narrative and the constructs of language.

A heavily pixelated manuscript of yellowing parchment, red capitals, thick black script, twists and breaks across the screen. Melted by digital effect, their legibility is doused by the weight of history. Drifting from pages of the sagas seemingly being washed by digital tidal waves, the script becomes a three-dimensional landscape of geometric forms as though testing what visual perception has learned over the thousands of years that humans have been writing. 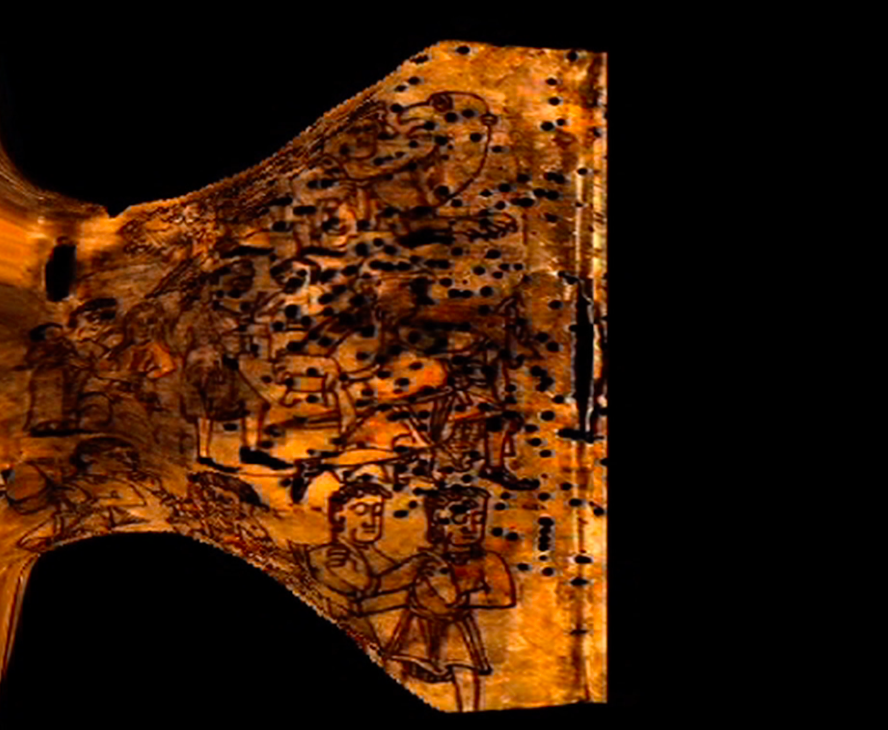 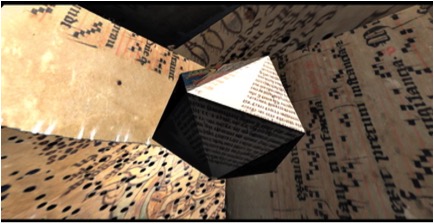 Photographs from the collection of the Vasulka Chamber at the National Gallery of Iceland.

In the early 1970’s, the Vasulkas’ video experiments developed from machine process into programming. The electronic signal became their building material, which was also found in the digital image. In digital image processing, the smallest programmable unit is used as a point of departure for building a new language of imagery (Yvonne Spielmann). This collide of approaches towards video and computer was happening at the same time that analog and digital were defining the specific natures of different mediums.

In articulating the nature of video, they used tools such as processors, mixers, and computers to manipulate and generate the electronic signal, pushing the meaning of ‘image’ towards multidimensional space. This emerging video aesthetic hich the Vasulkas helped to expand has the ability to be present within multiple structures. Over the course of the Vasulkas’ career, they were able to show that the electronic and the digital share certain characteristics which are encountered in exploring the medium from the inside out as an architectural space in its variable manifestations of temporal and spatial relationships. In Pergament / Bókfell, Steina continues to explore the medium from the inside out suggesting future identities for Icelandic manuscripts and their place in visual culture.